The campus in the D.C. suburbs Marriott International has called home for decades will soon be redeveloped into a retirement community, after the hotel giant decided to ditch the campus for a downtown Bethesda high-rise.

The deal represents the latest in a trend of suburban corporate office campuses being repurposed for other uses as more companies migrate to urban areas to attract millennial talent. From Maryland to Georgia to Illinois, developers are finding it makes more sense to redevelop traditional suburban office campuses than to try to find new tenants for the aging buildings. 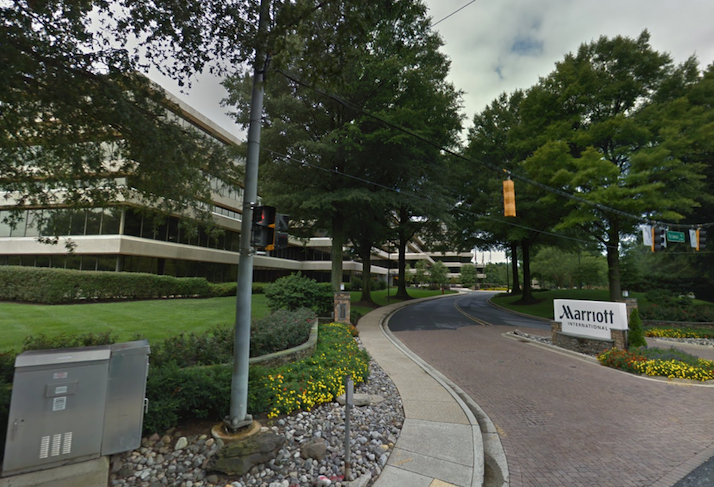 The Savills Studley brokers who represented the seller, Marbeth Partners, said the team largely marketed it as a redevelopment play rather than an existing office property for another company to occupy.

"Any office building not on the Metro, with a few exceptions, is challenged," Savills Studley's Art Greenberg said. "Most of these buildings not on Metro are older buildings that need renovations. You really can't get high enough rent to justify renovating them so you end up with an inferior product in an inferior location. A lot of them should be redeveloped into something else."

The brokers thought senior housing users would be particularly drawn to the campus because of the demand for the product type in the area and the attractiveness of the location.

"We marketed it heavily to the senior living sector because that area has got great demographics, high-income with great retail right across 270," Savills Studley's Parker Lange said. "A lot of people want to sell their big house in Potomac or Bethesda and move to something where they don't have to deal with the day-to-day hassle of homeownership."

Receiving community support for a senior housing project can be easier than a standard housing development because it does not put the same pressures on the school system. Montgomery County has begun to implement development moratoria in areas with overcrowded schools.

"There are pluses with this being re-energized with [senior] housing," Montgomery County Economic Development Corp. CEO David Petr said. "Individuals won't be adding students to the school system. Residents will be leaving homes that new families can move into and be part of our workforce."

Another former corporate office campus in the Atlanta suburbs is being redeveloped into senior living. A group of investors led by Peachland Homes CEO Ty White purchased the 100-acre former Fiserv campus and filed plans last year for a 900-unit retirement community. Fiserv moved in 2015 from the campus in Peachtree Corners to Alpharetta, Georgia.

When McDonald's began selling off its Oak Brook, Illinois, campus last year ahead of its move to Chicago, the architect who originally designed the property told Senior Housing News he believed it was ideal for a redevelopment into a senior living use. Hines last summer bought a piece of the site, with plans to demolish one office building and construct a mixed-use "village center" with several towers. A separate, 74-acre piece of the site remains up for sale.

"The loss of McDonald's could have been perceived as a negative, but it actually has a silver lining, and creates opportunities," Jupiter Realty's Jerry Ong, who is building a 22-story condo tower near the Oak Brook campus, told Bisnow in December.

Also in the Illinois suburbs, a developer is moving forward with a major redevelopment of a 225-acre portion of the former Motorola headquarters. 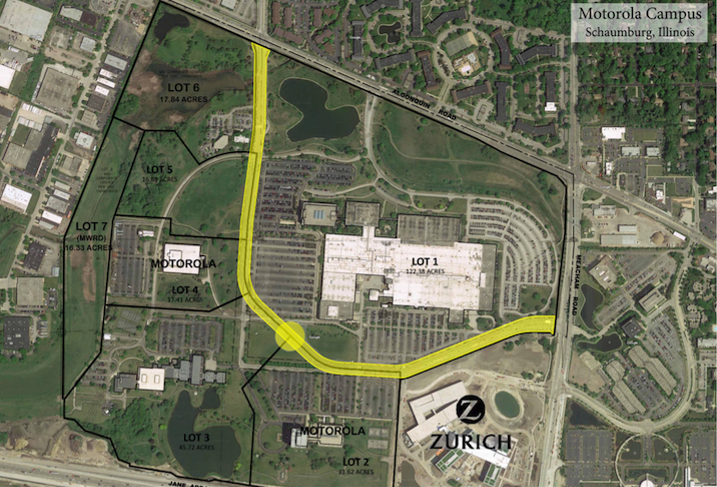 Motorola had called Schaumburg, Illinois, home for 50 years before the company moved to Chicago in 2015. It still retains a presence on the Schaumburg campus, and a portion of it was sold to Zurich Insurance Group for its headquarters, but a 225-acre piece of the property is being repurposed into a mixed-use development.

UrbanStreet Group in 2016 acquired the 225-acre parcel with a plan for a large-scale redevelopment. UrbanStreet Group's Bob Burk said it was drawn to the property because of its location, just off a new freeway interchange and near a host of existing retail.

"We saw an opportunity with a municipality that has a vision we shared for a dense, completely rezoned area; that's really critical," Burk said. "True mixed-use in a suburban environment is rare ... the suburban model has been spread out, segregated in use and not dense, but we're seeing a reversal in some areas." 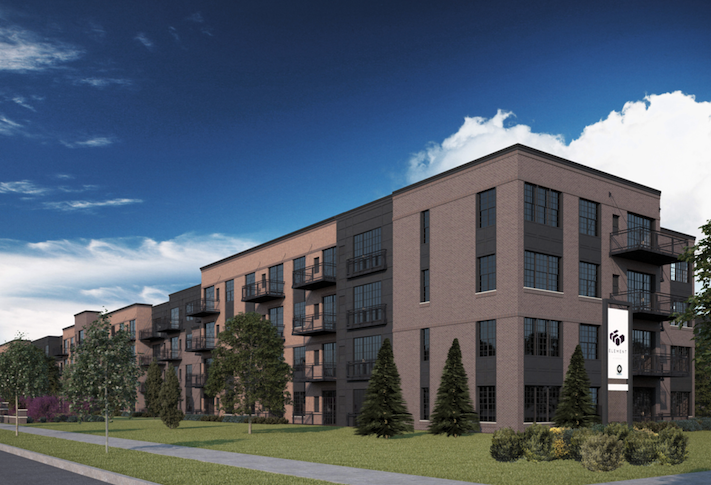 UrbanStreet Group last year broke ground on a 260-unit apartment building, the first phase of a mixed-use development it has branded as Veridian. It will also include a Topgolf entertainment facility, 250 row houses and a senior living facility.

Burk said the trend of suburban office campus redevelopments is happening not just because large companies are moving into the cities, but because they are realizing they don't need to own massive properties with unused land around their offices.

"Businesses don't want to own [a] hundred acres of land; that's what's changing," Burk said. "It's not just corporations saying, 'Let's move everyone downtown.' It's a man or woman looking out of the office window at hundreds of acres of underutilized land."

The redevelopment of that underutilized land presents opportunities to fundamentally transform the suburbs in a way that hasn't happened in decades, Burk said.

"We look at it as an evolution," Burk said. "The suburbs are a relatively new phenomenon that started 60, 70 or 80 years ago and they've never had to evolve. Now you're seeing reutilization of land and buildings and it makes sense. It's following a model of urban rejuvenation that's happened for decades."

For the redevelopment of suburban office campuses to be successful, it is important for local jurisdictions to be forward-thinking in rezoning properties for mixed-use, Greenberg said, as Montgomery County did with the Marriott campus.

"When you look at non-Metro-served office parks, I think the counties, not just Montgomery County, have to listen to the message from the development community and see what uses could make money there, and up-zone to allow more uses to properties can be productive and contribute to the tax roll," Greenberg said.