In The Works: The Top Developments Coming To Georgetown 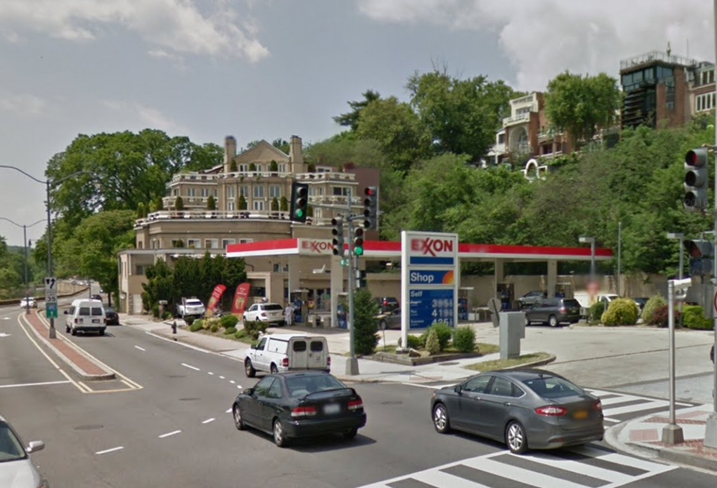 Adjacent to the stairs featured in the 1973 cult classic “The Exorcist,” which now serve as Georgetown University athletes’ favorite punishing workout, is the Exxon station at 3607 M St. NW. This is the future site of a five-story condo building, provided developer Altus Realty Partners can clear the Old Georgetown Board. The six members of Advisory Neighborhood Commission 2E unanimously voted against the project last month.

Some local residents perched high above on Prospect Street oppose the project, which has a tentative 2018 groundbreaking date, because they believe that the site excavation required could compromise the structural integrity of the hill and trigger a landslide. Altus’ Al Troup, who consulted engineers before submitting designs, said that erecting a retaining wall during construction could be a viable solution to bolster the hillside. 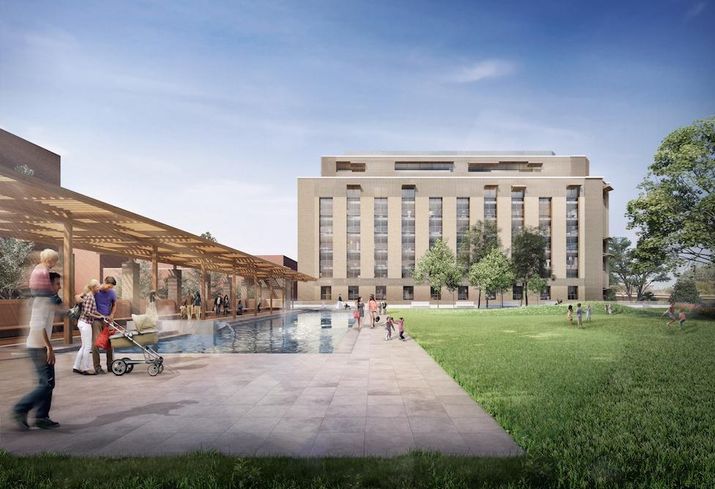 David Adjaye Architects
A rendering of the West Heating Plant project from the south, showing the one-acre park

The third version of Richard Levy’s West Heating Plant vision gained a critical approval from the Commission of Fine Arts in May. This permission circumvents the Old Georgetown Board, which twice rejected the project and gave remedial recommendations. The most ardent preservationists wanted the interior renovated to allow the historic plant to remain entirely intact. The CFA argued the plant’s poor condition necessitated a more complete overhaul to render it usable.

In 2013, Levy bought the development rights for the dated World War II-era property, decommissioned at the turn of the century, for $19.5M. It will collaborate with The Georgetown Co. (based, ironically, in New York City) and Four Seasons Residences to bring the project at 1051-1055 29th St. NW to fruition. The latter will manage the 60- to 70-unit condo building planned for the site. Architect David Adjaye, the mind behind the lauded National Museum of African American History and Culture, designed the building, which keeps 30% of the existing structure and will complement a one-acre public park. Levy hopes to begin demolition in Q1 2018 and begin construction the following year.