In The Works: 3 New Developments Coming To Tysons 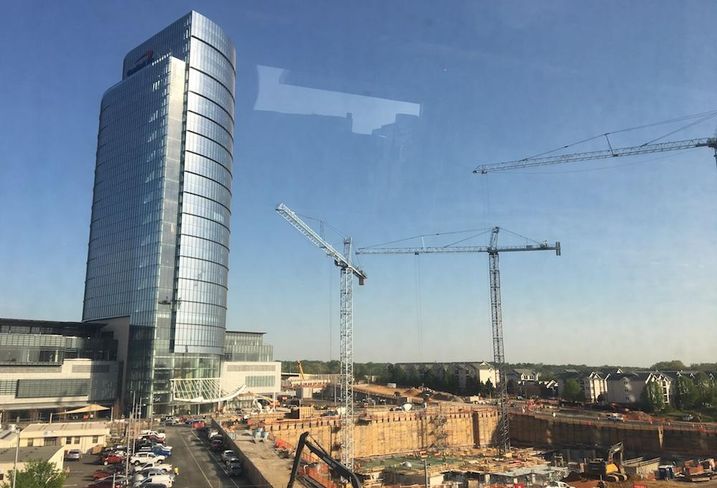 Bisnow/Jon Banister
The Capital One headquarters project in McLean

While the news of Amazon HQ2 took Northern Virginia by storm last year, another multimillion-dollar HQ was already being built. In December, Capital One announced the grand opening of its Tysons HQ.

Hovering at 470 feet, the building is the tallest structure in the D.C. metro area other than the Washington Monument.

Approximately 3,000 Capital One employees will work in the new building. The development will also feature a performing arts center, a black box theater, a sky park, retail space and additional residential and office buildings.

This planned transit-oriented development could bring a number of new housing units to Tysons. LCOR is working alongside WDG Architecture to develop The Commons, a seven-building project on a 20-acre site near the McLean Metro station.

The planned development will offer 2,571 housing units and 50K SF of retail.

D.C. is experiencing a major housing shortage, which is expected to worsen as Amazon HQ2 attracts even more people to the region. Projects like The Commons, which is approximately 13 miles outside the city, will be pivotal in providing sufficient housing for the area’s residents.

"To be an iconic building, you can’t be just as tall as all of the other buildings," Clemente President Jacqueline Cheshire told Bisnow last year. "We hope people will recognize this building nationally and it will put Tysons on the map."

In addition to the office tower, the Clemente development will include two more office buildings, two residential buildings and one condo and hotel with ground-floor retail. Clemente is still awaiting approval from Fairfax County, but hopes to break ground this year.