How Transportation Fixes Could Help Rosslyn Land The Next Nestlé

The biggest coup of 2017 in D.C.'s office market — Monday Properties luring Nestlé to move its U.S. HQ to Rosslyn — was achieved largely because of the transportation network and streetscape environment around Monday's 1812 North Moore tower. Local officials are now partnering with developers to make more improvements to help convince the next big corporate tenant to pick Rosslyn. 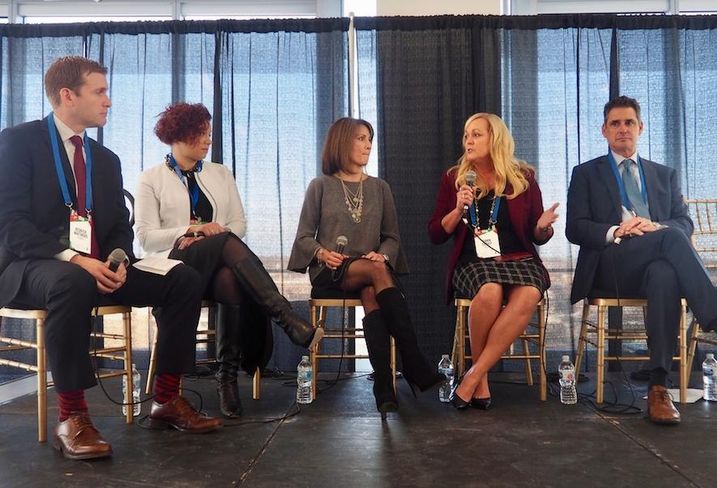 Nestlé Head of Corporate Real Estate and Facilities Dawn Striff said transportation issues, including parking, roads and public transit, were a primary focus throughout their search and during their transition this year.

"Once a week, I have a meeting with our HR team or somebody on parking or transit," Striff said Thursday at Bisnow's Rosslyn Boom event. "Transit is a huge topic for our employees."

During its search, Nestlé was looking at multiple Northern Virginia submarkets, including Reston. What differentiated Rosslyn, she said, was the lively urban environment and transportation options.

"The thing that really appealed to us about Rosslyn, I was here starting October of last year looking at spaces and it was beautiful, people were outside, they were on trails, they were biking, they were walking," Striff said. "We have a Southern California culture, so we’re very outdoorsy. It felt natural."

She said the ability to take the top section of 1812 North Moore, where Thursday's event was held, appealed to the company, but the decision really came down to the neighborhood's energy.

"A couple of the other places we were looking at, I just felt there was no vibrancy," Striff said. "I was one of the youngest people on our team looking at spaces, and I kept saying 'I know I'm not a millennial, but my kids are millennials and these places are dead. I don't see us attracting people to want to work here.'" 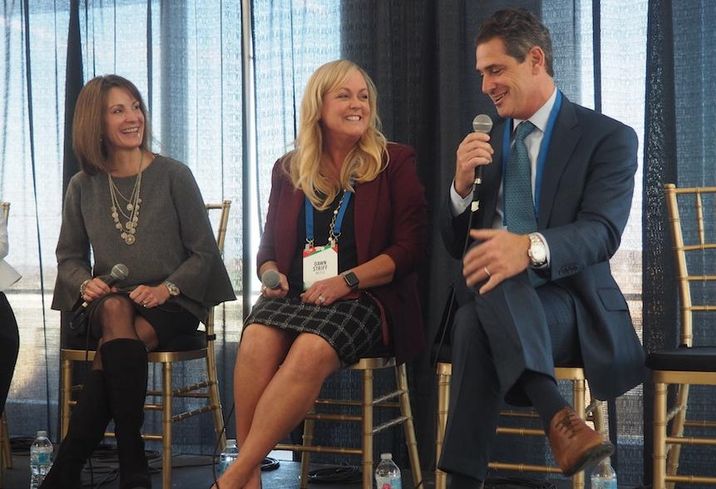 Monday Properties Managing Partner Tim Helmig also said the new office tower, which sat vacant for more than three years before Nestlé signed on, was not as important as the vibrancy of the neighborhood.

"Anyone can build a great building ... well maybe not anybody," Helmig said to laughter. "In the built environment, it's the ecosystem when you have all of this come together, the lifestyle, access to amenities, access to recreation, bike trails, walking trails. It's a community. That's what makes a building like this work."

Helmig said the recent delivery of JBG Smith's Central Place across the street has been a key addition to make the core of Rosslyn feel complete. He said this has made it easier to attract new companies to the submarket.

The real estate executive recently returned from a two-week trip to Asia and said he was impressed by the number of people utilizing bike-sharing systems, a trend he expects to continue to grow in Arlington.

"Arlington has to be applauded for dedicating some of these crowded streets to bike lanes," Helmig said. "We have 41% of our population here is millennials. Those folks mostly are walking or riding bikes. That's only going to grow as we build more residential."

Asked what one change he would make to Rosslyn if he could wave a magic wand, Helmig said he would change Fort Meyer Drive from a one-way road to a two-way street to slow down traffic and make it more pedestrian-friendly, which is a part of Rosslyn's long-term plan.

The Rosslyn BID, in partnership with the county and local developers, happens to be working on an 18-month transportation study that could lead to that change, BID President Mary-Claire Burick said.

"We're looking at two-waying some of the roads," Burick said. "We're looking at Moore Street, thinking about that as a festival street. At the end of the day, it's about choice. We want to look at multimodality and how do we make sure this neighborhood accommodates every need that everyone could have." 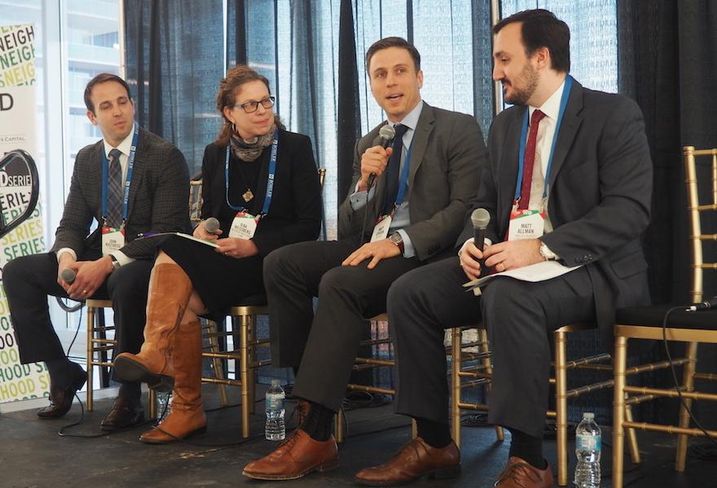 Central Place's 377-unit apartment tower began leasing in February, and now has 484 people moved in, JBG Smith Senior Vice President Matt Ginivan said. With those 484 residents, he said the building has just 161 cars, below the parking ratio it set of 0.8 spaces per unit.

This exemplifies the area's trend of residents moving away from cars and toward public transit and biking, he said. Ginivan said Rosslyn has not always been the easiest neighborhood to move around in, but he is working to help improve that.

"Rosslyn is probably the most accessible submarket in the region in terms of getting into from other areas, but getting around Rosslyn can be a challenge," Ginivan said. "That’s something we’re partnering with the BID and the county on. How do we make it easier for people who are new to Rosslyn? How do we make sure when they get here, they don’t feel lost?"