Alexandria has been searching for a spark to ignite its office market, and officials believe the new $1B Virginia Tech campus could be the win it needed. 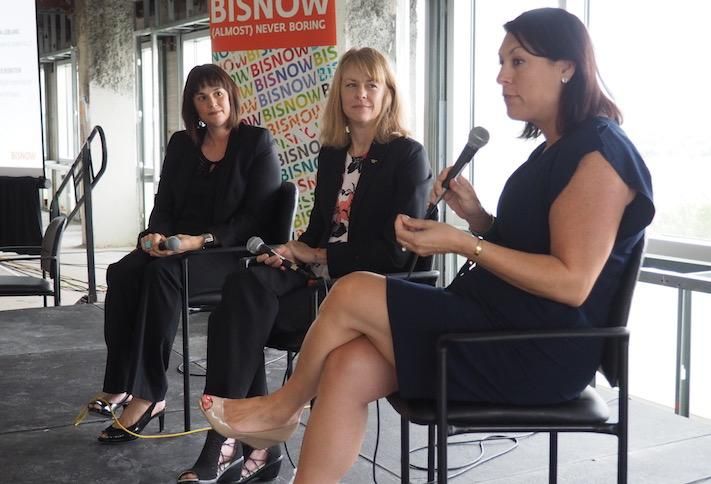 The city is the only jurisdiction in Northern Virginia without a Fortune 500 company, Alexandria Economic Development CEO Stephanie Landrum said. She said her team in the past has put together "wish lists" of projects that could help spur growth in Alexandria, but a new college campus never made the list because she never thought a win of that magnitude was possible.

"What this campus will do is help us achieve other things that are on the list," Landrum said at Bisnow's Future of Alexandria event Tuesday. "Our aspirations of diversifying our job base and getting more corporations to choose Alexandria will be made easier by having an asset that's creating the pipeline of talent that companies want."

The November announcement that Virginia Tech would build the campus in Alexandria's Potomac Yard neighborhood was overshadowed by Amazon's coinciding selection of Crystal City and Pentagon City for its second headquarters. But officials, developers and brokers believe the talent pipeline the campus will create is poised to have just as significant an impact on Northern Virginia's future.

"What's really exciting for Northern Virginia is this is going to further diversify our economy and further position us as a tech hub that is unrivaled on the East Coast," Virginia Economic Development Partnership's Lori Melancon said of the Virginia Tech campus. "What this is going to allow us to do from a talent perspective and from that side of the economy, what we're going to be able to create is really transformational."

Virginia Tech Associate Vice President Brandy Salmon said the university is embracing the role it can play in spurring the area's economic growth. In addition to academic facilities for 750 master's students, she said the campus is planned to include space for incubators and shared labs that will be available to companies.

"We will be a catalyst for that region," Salmon said. "This is one of our main principles is that this campus will have a place for partnerships of all kind that will be public and private sector." 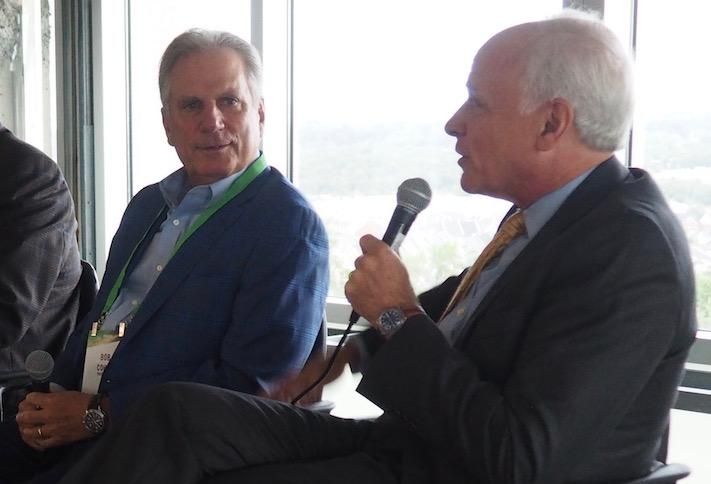 Virginia Tech originally announced it would build the campus on Stonebridge's Oakville Triangle site, but it later changed plans to build on a nearby 65-acre site managed by JBG Smith and Lionstone Investments. Stonebridge principal Doug Firstenberg joked that the university made the switch because he is an alumnus of Atlantic Coast Conference rival Duke University.

"I guess the Hokies just got tired of a Dukie so they went across the street," Firstenberg said. "It is what it is."

While the loss may have felt akin to a top-ranked basketball team being upset in the Elite 8, Firstenberg still has major holdings in Alexandria that stand to benefit from the growth the campus could spur.

"With the game-changer, below-the-fold story of Virginia Tech coming and producing what everybody wants — talent — I think Alexandria is positioned over the next decade to be a complete game changer," Firstenberg said. "And I sure as hell hope I'm right." 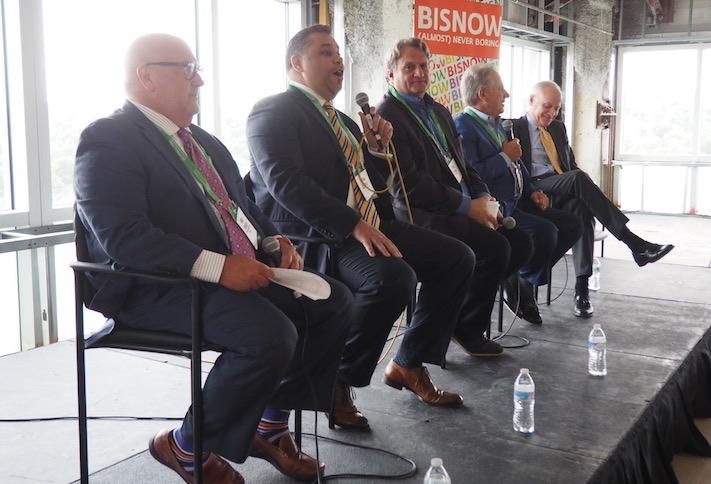 Cushman & Wakefield Executive Vice Chairman Darian LeBlanc said Amazon will have more short-term impacts on the market, some of which are already happening, but he sees Virginia Tech as a major win for the office market in the long-term.

"Amazon already has created an uptick in interest that will translate to demand and hopefully to some upward pressure on rates to create a healthy market," he said. "The Virginia Tech piece, I think those are going to be the seeds to bring the workforce and the employees of the future that will ultimately feed into Amazon and the follow-on groups that come in."

Perseus TDC's Bob Cohen noted that Amazon and Virginia Tech have spurred another major educational institution, the University of Maryland, to plan a new facility in Crystal City. He hopes the spillover effects will reach as far as Alexandria's Eisenhower Avenue corridor, where he has multiple projects in the works.

In addition to the 520-unit conversion of an Eisenhower Avenue office building into apartments, the developer last month unveiled plans for two multifamily towers of 30 and 22 stories, with the latter planned for senior living. 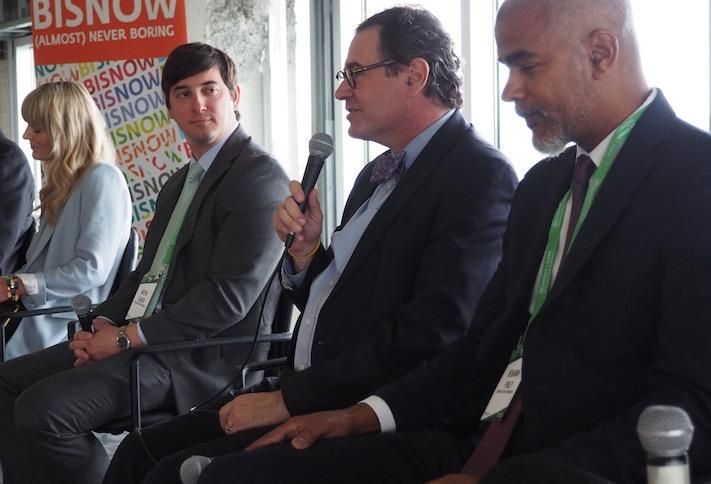 The Howard Hughes Corp. hopes the Amazon and Virginia Tech ripple effects reach the west side of Alexandria, where it is planning a 5.6M SF development on the Landmark Mall site.

Howard Hughes Senior Vice President Mark Bulmash said the project made sense before the HQ2 and Virginia Tech plans were in place, and the new economic anchors make the fundamentals even stronger. He hopes they will help lure companies to the project's office component.

"The Virginia Tech thing is a big deal," Bulmash said. "I would love to get some spinoffs that get created ultimately from Virginia Tech. We can create a cool place and attract some of these smaller, innovative users."

Carr Workplaces recently opened a coworking space at 211 North Union St. in Alexandria, and Carr Cos.' CEO Austin Flajser said it has filled up as fast, if not faster, than any of its other spaces in the region. The company opened the Hotel Indigo in 2017 and has two more Old Town Alexandria projects in the works, and Flajser believes Amazon and Virginia Tech will create benefits for all property types.

"There are people that want to live here and work here, and they're seeing the investment in the area for the future, all the jobs that are being created by Amazon and the job applicants coming out of Virginia Tech," Flajser said. "It's rounding out the picture and I believe it will be an accelerating factor." 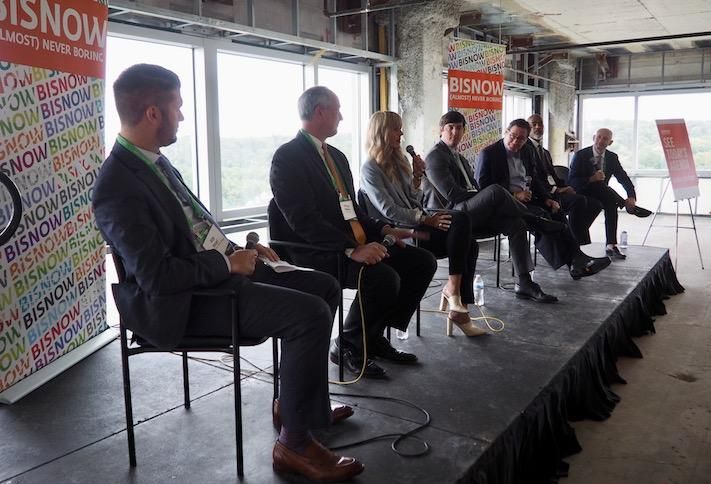 Old Town Alexandria's retail market also stands to benefit from Amazon and Virginia Tech, Asana Partners Director Katie Grissom said. Asana has invested over $125M in at least 20 Old Town retail properties in the last three years, and she said prospective tenants have been more interested in leasing those properties since the Amazon announcement.

"From a retail perspective, there has absolutely been increased interest," Grissom said. "There have been some bidding wars around different spaces from brands that two years ago said 'pound sand.'"