Old shopping malls across the country have been eyed for redevelopment as department stores continue to struggle and owners look to add a mix of uses, and one of the largest mall redevelopments planned in the D.C. region is taking steps forward. 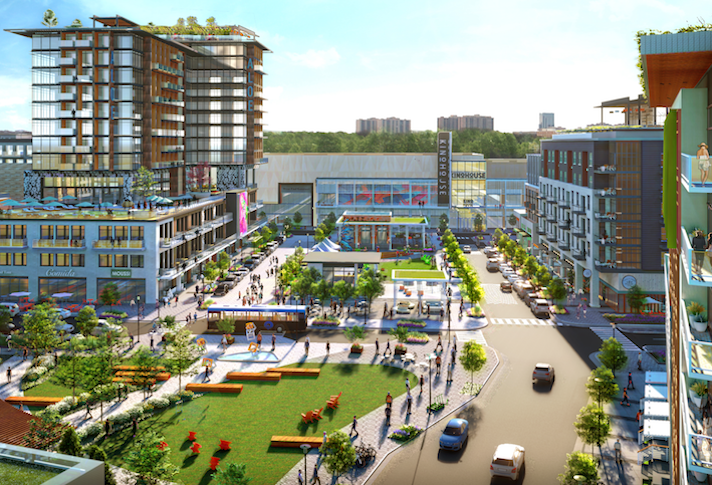 Courtesy of The Howard Hughes Corp.
A rendering of the Landmark Mall redevelopment

The redevelopment of the Landmark Mall, a mostly shuttered shopping mall in Alexandria, is moving through the entitlement process, and owner Howard Hughes is unveiling new details about the first phase.

"We want to make this a vital place that satisfies the needs of the community," Bulmash said. "Fundamentally, we want this to be a center of the community. We want people to come here once a week, or maybe it's multiple times a week if you exercise or use the supermarket, as opposed to a mall model of once a month."

The redevelopment took a step forward in May when the Alexandria City Council adopted a new, long-term land-use plan for the area that envisions 5.6M SF of development for the 51-acre site. The plan allows varying building heights reaching up to 250 feet on the portions of the site along Interstate 395. 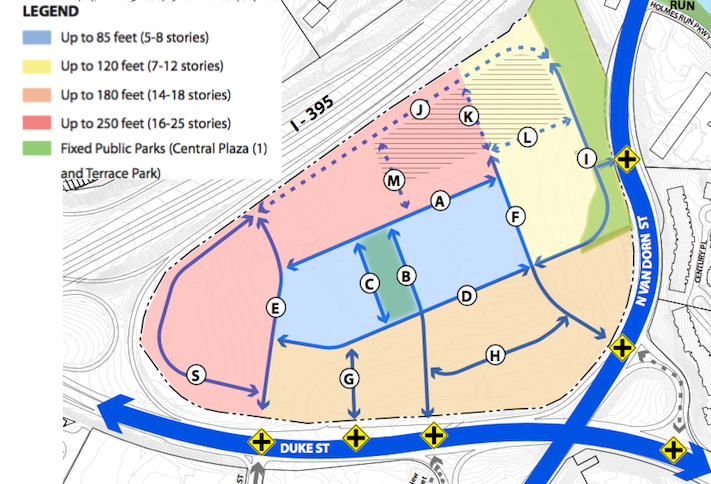 Bulmash, who will speak Aug. 27 at Bisnow's Future of Alexandria event, said he expects the development to eventually approach that 5.6M SF maximum, but it will be built in phases over a long-term period. For now, the developer is focused on receiving the necessary approvals for Phase 1.

The team is now going through a rezoning process that Bulmash expects will last until the end of the year. After that, it must go through the Development Special Use Permit process and the site plan approval process. Given the multiple steps remaining in the entitlement process, Bulmash declined to provide an expected timeline for breaking ground on the first phase.

As the developer works through the planning process, it is also actively courting anchor retail and office tenants for the first phase. Bulmash said it is seeking to bring in a supermarket, movie theater and large fitness user to anchor the project. Howard Hughes then plans to fill out the remaining retail space with restaurants and other small, neighborhood-serving retail.

The first phase will also include include market-rate multifamily units, affordable housing units and a potential hotel component, Bulmash said.

Howard Hughes is also in discussions with the city to create a fire station and a transit center on the site, and it is planning to build offices. Bulmash said the wide mix of uses planned for the site should help attract office tenants.

"If you have a the retail and residential and a hotel, all of these help attract the various users," Bulmash said. "They would love to be in a situation where it's walkable and easy to use. We want to create a great, walkable environment with vibrant streets, open spaces and improved accessibility."

The mall site has been a car-centric property with walls along the entrance ramps that make it inaccessible for pedestrians, but Bulmash said it is looking to open it up to the neighborhood and make it more friendly to pedestrians and cyclists. He expects the development will ultimately have a major impact on the west Alexandria area.

"We want to create a project that is really catalytic for the west Alexandria area and helps provide a stronger, true identity to the west side that the community has been wanting for years," Bulmash said. "I think you'll see redevelopment of other properties as this becomes a more desirable place with a lot of different experiences and services that don't exist." 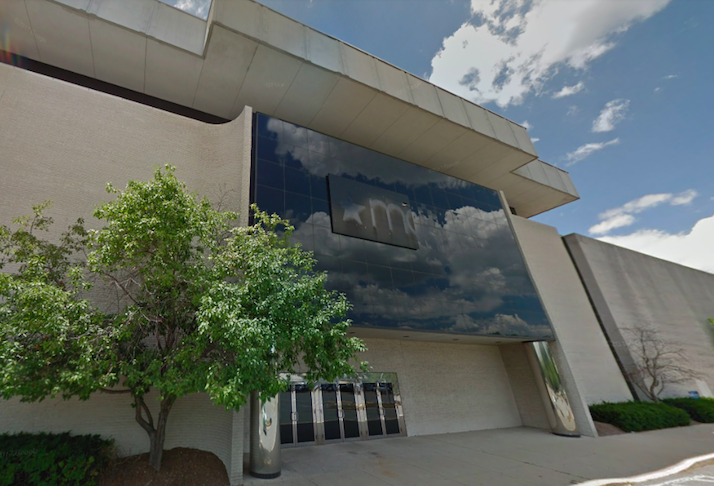 To prepare for the development, Howard Hughes acquired the Lord & Taylor and Macy's portions of the mall. The Sears remains one of the only retailers open on the site, but Howard Hughes is working cooperatively with its owner, Seritage Growth Properties, to allow the redevelopment to take place, Bulmash said.

Other planned mall redevelopments in the area, such as Montgomery County's White Flint Mall, have been held up because of disputes with the department store owners, and Bulmash said it was important to reach those agreements before moving forward.

While the project continues to go through the entitlement phase, Howard Hughes has brought in multiple interim uses. The owner is providing a temporary home for Carpenter's Shelter as the homeless shelter's previous location undergoes its own redevelopment. The mall also served as a set for the filming of Wonder Woman 1984 last year.

"We don't want spaces to lay dormant or inactive," Bulmash said. "We're always trying to breathe new life into it, even if it's a temporary situation."