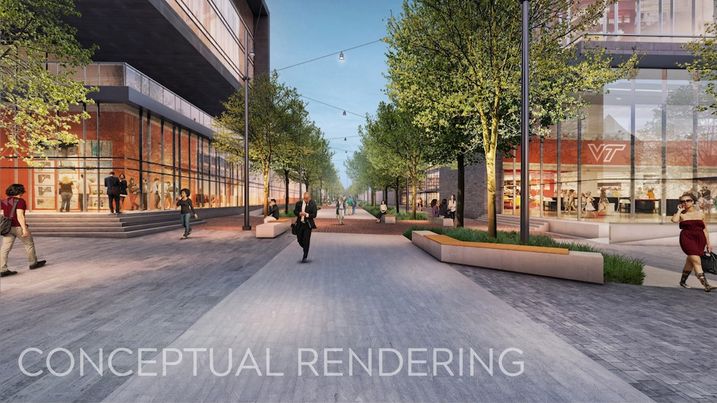 Along with Amazon's Tuesday announcement of Northern Virginia winning half of HQ2 came the unveiling of plans for a $1B Virginia Tech Innovation Campus in Alexandria's Potomac Yard neighborhood.

The campus will be built on StonebridgeCarras' 13-acre Oakville Triangle site, which had previously been planned for a 1.5M SF mixed-use development. It sits along Route 1, just south of the Potomac Yard Center shopping mall and less than 2 miles from Amazon's future home.

JBG Smith, the big winner of Amazon's HQ2 with its Crystal City-Pentagon City portfolio (the area is being rebranded as National Landing), also manages Potomac Yard Center, a suburban-style power center with large surface parking lots. It plans to develop that with a mix of residential, office, retail and hotel around the opening of the new Potomac Yard Metro station, now expected in 2022. 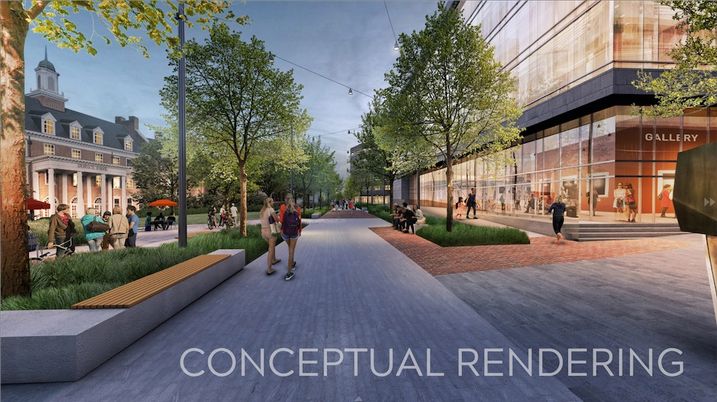 The plans for the Virginia Tech campus call for over 1M SF of facilities: 300K SF devoted to academics and research and development, 250K SF for startups and corporate offices, 350K SF for student and faculty housing and 100K SF of retail and support spaces.

Virginia plans to invest $250M, with another $250M coming from Virginia Tech, to seed the $1B project. It will also seek private philanthropy, industry partnerships and other revenue streams. The university reached a memorandum of understanding with StonebridgeCarras and Alexandria to expedite the project's construction. 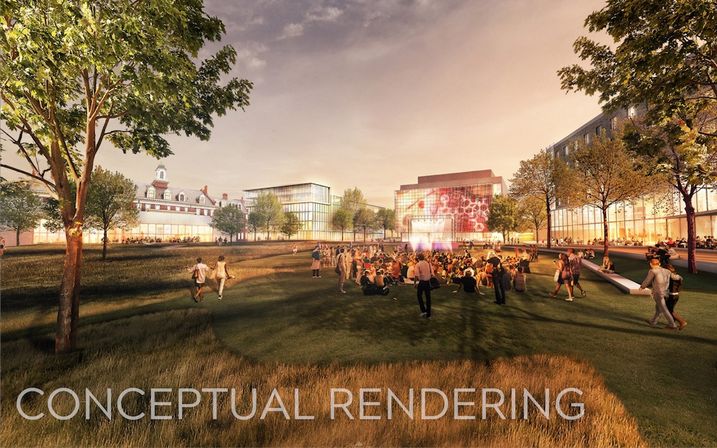 The investment comes as part of the commonwealth's promise to Amazon that it would double the number of graduates with degrees in computer science and related fields, ensuring the tech giant will have a steady pipeline of talent for the 25,000-plus jobs it plans to bring to the area. Virginia is also spending $375M for new master's programs at George Mason University's Arlington campus.

The first 100 master's degree students are expected to enroll at Virginia Tech's Potomac Yard campus next year in temporary facilities. It will begin with 50 tenure-line and research faculty. It plans to host 500 master's students within five years and eventually enroll 750 master's candidates, plus doctoral students and postdoctoral fellows. 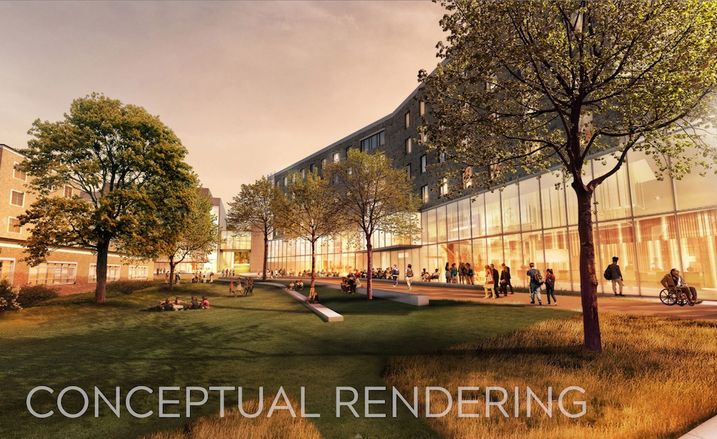 The programs will focus on computer science and software engineering, with specializations in areas such as data science, analytics and the Internet of Things. The campus will be overseen by Virginia Tech President Tim Sands and will have its own academic leader, following a search.

"As a land-grant research institution, we knew we needed to claim our role of driving economic development in Virginia,” Sands said in a release. “Our new Innovation Campus will be the global center of technology excellence and talent production — where highly skilled students, world-class faculty, smart ideas and forward-thinking companies will meet to propel the commonwealth and the region forward.”