Monty Hoffman, Bob Kettler Say Multifamily Is The Place To Be During A Recession

The D.C. multifamily market has been hot in recent years, with developers rapidly building new apartment buildings and renters providing enough demand to fill most of them. The potential of a looming recession has created concern in real estate sectors such as retail and office, but multifamily leaders say the sector is strong enough to weather a recession as long as developers are making smart choices.

Leading D.C. developers Monty Hoffman and Bob Kettler, plus several other real estate executives speaking at Bisnow's Multifamily Annual Conference East last week, shared their outlook for the multifamily sector and their thoughts on the latest trends impacting the industry. 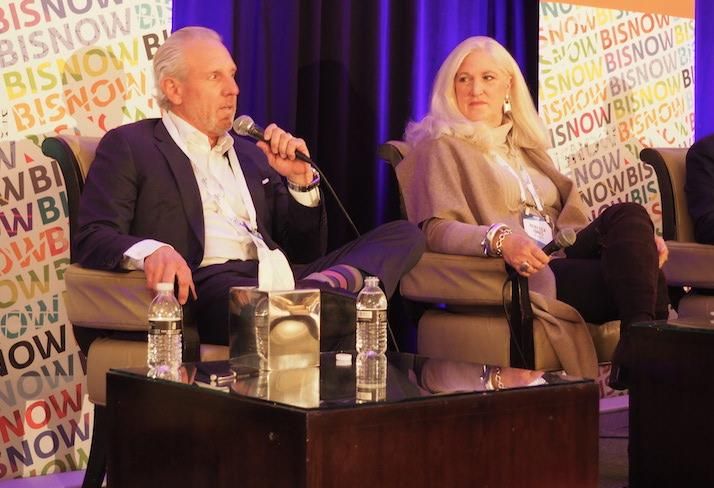 PN Hoffman has completed several major multifamily projects over the last two years, from four residential buildings in The Wharf's first phase to The Bower at The Yards. But PN Hoffman CEO Monty Hoffman said his development firm is not slowing down.

Its short-term pipeline is stocked with projects from The Wharf's second phase to The Banks project across the street to Waterfront Station, also in southwest D.C. Hoffman said he is confident in the market and believes that, even if there's a slowdown in the economy, projects can succeed as long as they are well located.

"We’re going long," Hoffman said. "I think A locations are good, C locations I’d be a little bit more scared about ... I look at the long term. I don’t time cycles. I just [am] real careful that the fundamentals are sound as we go forward." 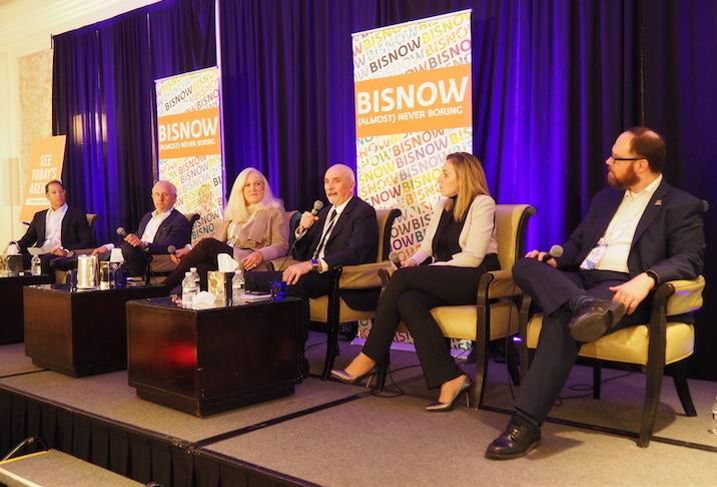 Kettler CEO Bob Kettler also has a full pipeline of multifamily projects, from the 700 residential units in the first phase of The Boro in Tysons to Market Terminal in northeast D.C. He agreed with Hoffman that the multifamily sector is a great space to be in right now and said many large investors are shifting their real estate portfolios to be more heavily concentrated in multifamily.

"When we talk to pension funds and others we look to invest with, they’re actually reallocating assets to the multifamily space, I think as a defensive measure," Kettler said. "They’re moving to protect themselves from other asset classes that may get soft in a recession." 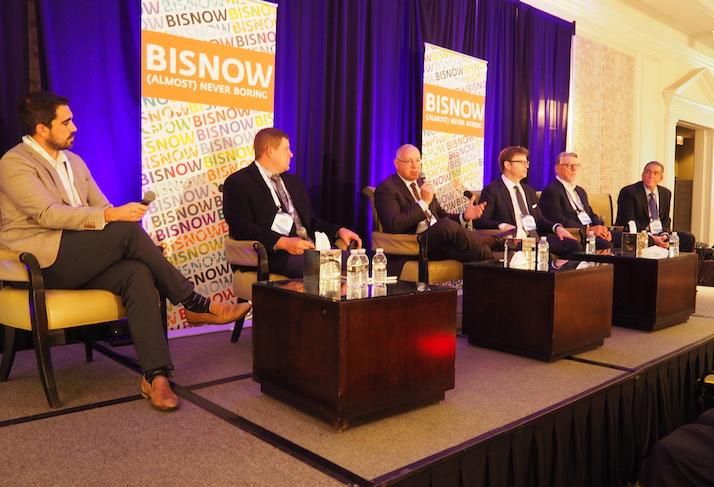 Roadside Development broke ground this weekend on its redevelopment of the former Fannie Mae headquarters in northwest D.C., a $640M project it has branded as City Ridge. The 10-acre development, anchored by D.C.'s first Wegmans supermarket, will feature 652 multifamily units.

A wide variety of factors can change during the time between a groundbreaking and a delivery, Roadside founding partner Richard Lake said, including market dynamics, technologies and lifestyles. This makes it important to invest money in market research and quality design to make sure projects can stand the test of time.

Rising construction costs have become a major challenge in the multifamily space that Lake said he is keeping a close eye on.

"The real driver is costs," Lake said. "As costs continue to drive, the real question is how far can we push our pro forma and rents and still get our lenders to think that we’re not meshuganah, crazy?'" 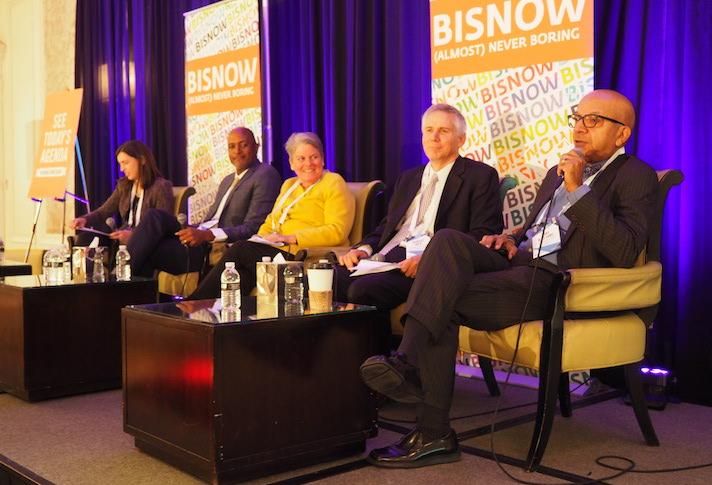 "When we talk about affordability in the District, we have to talk about the Height Act," Williams said. "I’m not talking about 40-story buildings across from the White House. We’ve got to look at the relationship between density and affordability ... I don’t know how it’s going to play out and where you would bring in more density and how much density, but a lot of us believe that has to be on the table." 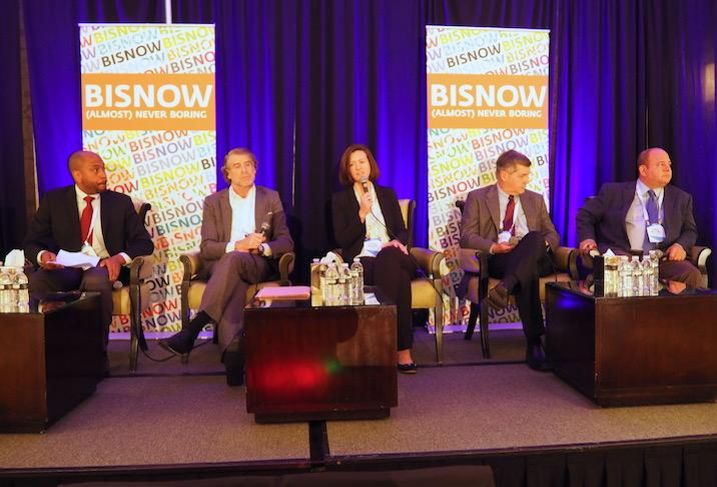 Across the river, where taller buildings are allowed, northern Virginia is preparing to welcome Amazon, which last month announced plans to bring 25,000 new jobs to Arlington's "National Landing" with its second headquarters. JBG Smith, the REIT that will lease and sell properties to Amazon for its HQ2, also has a large portfolio of multifamily projects throughout the region.

JBG Smith Executive Vice President of Residential and Retail Tiffany Butcher said she expects multifamily submarkets across the D.C. area are going to experience a boost from Amazon.

"I think it’s going to be very strong for National Landing, but it’s also going to be very strong for other amenity-rich areas throughout the Washington Metro area," Butcher said. "It’s not going to be just constrained to northern Virginia. I think there’s a lot of submarkets in the D.C. area that have been strong and growing fast and will continue to grow fast, particularly those with transportation commuting patterns to northern Virginia." 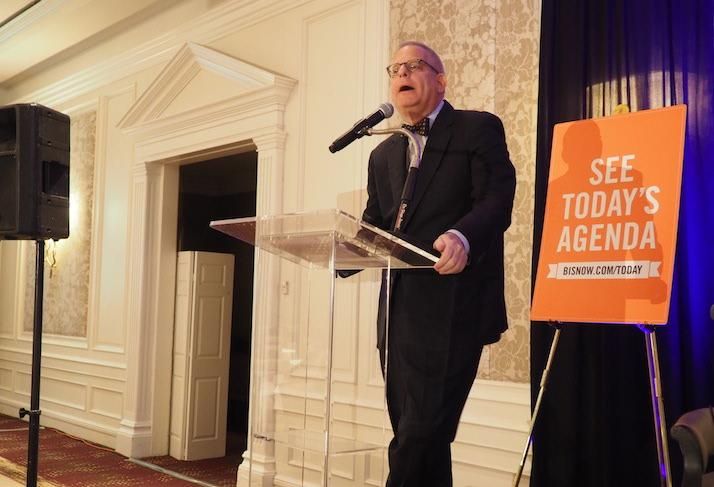 CoStar Group Vice President of Advisory Services Michael Cohen also predicts the entire Metro region could see a benefit from Amazon, but he thinks the effects will be most heavily concentrated in a few select submarkets.

"We did a spatial analysis at CoStar and we looked at things like commute times, income levels, clusters of multifamily, and we think the strongest demand [for multifamily] is going to be in places like Arlington, Downtown D.C., Crystal City obviously and in Tysons," Cohen said. "That doesn’t mean the rest of the Metro won’t benefit." 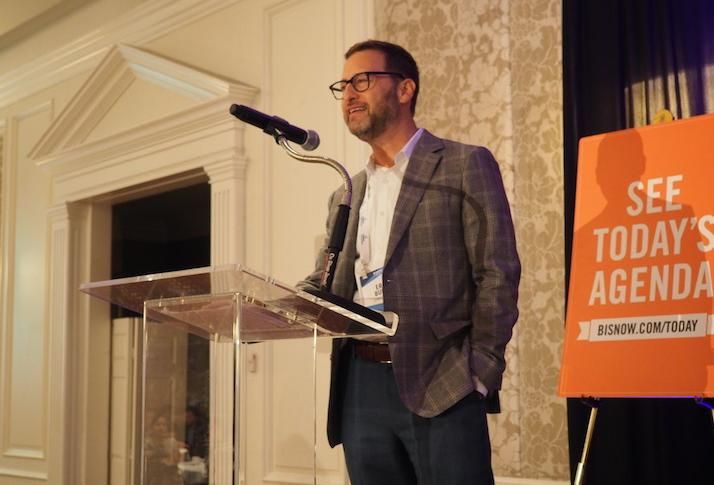 Streetsense Managing Principal Eric Burka said he has been closely watching Generation Z, people now between the ages of 8 and 23, to see how they will affect the multifamily market going forward.

His observations have come not just from market analysis, but from his own children, including his 20-year-old daughter, who will begin renting next year and is not prepared to manage a variety of bills like rent, electric, gas and cable.

He said this problem will push many in Generation Z to co-living, a shared housing concept in which bills are combined into one lump sum.

"I’m really, really, really bullish on [co-living]; I think it’s the future for this generation," Burka said. "The idea of co-living where you don’t have to pay electric bills, it's all lumped into one monthly fee, everything is taken care of and the parents end up paying this one lump fee." 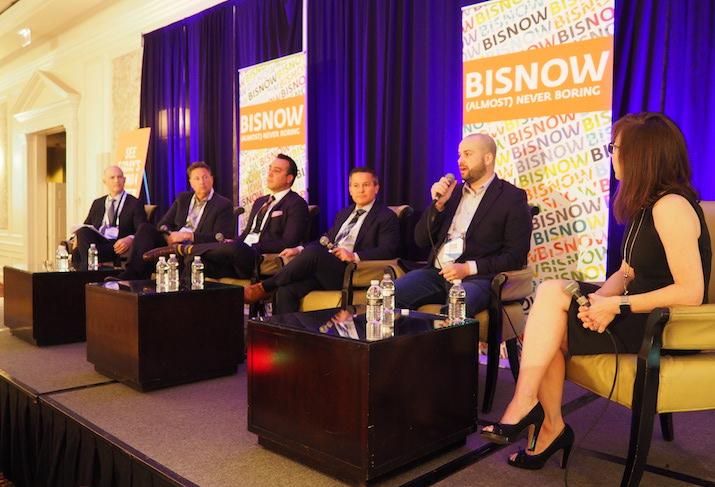 Another trend disrupting multifamily is the utilization of vacant units for other purposes. Several D.C.-area developers have recently begun working with WhyHotel, a startup company spun off from Vornado that launches a pop-up hotel out of available units during a project's lease-up phase. WhyHotel CEO Jason Fudin said he sees this as part of a larger trend and aims to pursue different strategies as the space evolves. 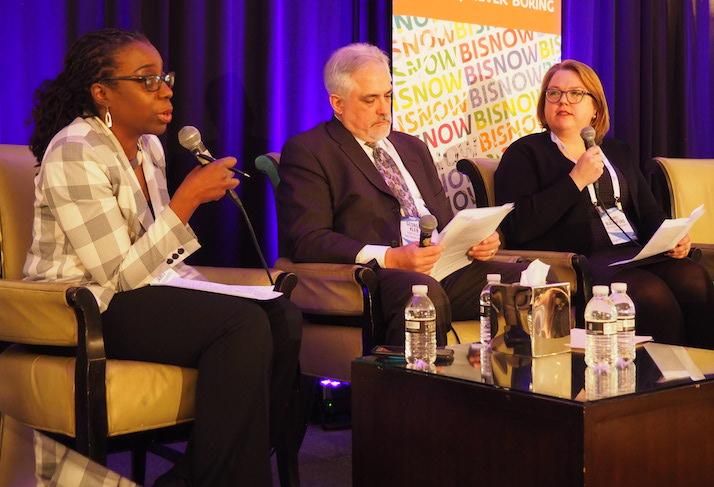 Healthcare is also beginning to fuse with housing in a new way. Kaiser Permanente recently launched an initiative to invest in improving affordable housing options because of the direct impact a person's living situation can have on their health.

"There is resounding evidence that as much as 80% of what really drives health and well-being is not whether you have a doctor or whether you have healthcare," Kaiser Permanente Executive Director of Community Health Celeste James said. "What we know is that your ZIP code is a stronger predictor of health and well being than your genetic code."