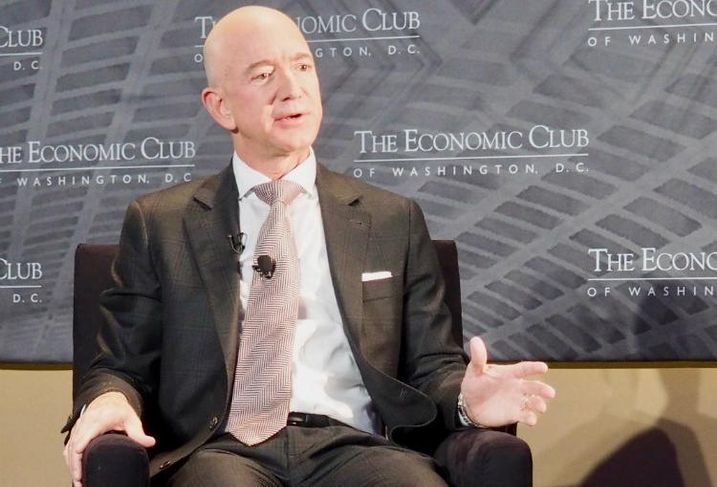 The e-commerce behemoth selected the neighborhoods of Long Island City in Queens and Crystal City in Arlington, Virginia, the company announced Tuesday morning. The Wall Street Journal first reported the decision Monday night. Amazon will also open a 5,000-job hub in Nashville for its operations division.

The two locations sit across rivers from the centers of American financial and political power, respectively. The headquarters project, initially promised to house 50,000 tech employees and involve an estimated $5B investment as "a full equal" to its Seattle campus, will be half that. Amazon ultimately decided to mitigate the impacts its unprecedented economic development project would have.

“We are excited to build new headquarters in New York City and Northern Virginia,” Amazon CEO and founder Jeff Bezos said in a statement. “These two locations will allow us to attract world-class talent that will help us to continue inventing for customers for years to come. The team did a great job selecting these sites, and we look forward to becoming an even bigger part of these communities.”

In choosing the metropolitan areas of New York City and Washington, D.C., Amazon selected the two markets with more tech workers than any other city in the U.S., according to Cushman & Wakefield. If split evenly from Amazon's original commitment, Amazon would occupy 4M SF in each area and invest over $2.5B over the next decade or more. The company plans to begin hiring in 2019.

New York has agreed to provide Amazon with $1.5B worth of economic incentives, including $1.2B in tax credits from the state, equivalent to $48K for every job created and $325M in cash grants from Empire State Development based on the occupied square footage of buildings over the next decade.

From Virginia, Amazon will receive $573M in incentives, including a cash grant worth up to $550M, equal to $22K per high-paying job it creates. The commonwealth has also agreed to fund nearly $200M in infrastructure upgrades to the Crystal City and Potomac Yard area, which has been rebranded as National Landing.

Amazon has drawn widespread criticism for the public nature of its office search. Most corporate real estate searches are done quietly, negotiated in meetings with officials and only officially discussed once a deal is complete.

"For the past year, one of the most common narratives about our economies has been a tightened labor market and how difficult it is for companies to hire skilled workers because of the record low unemployment rate, and that’s something I expect Amazon to talk about when they roll this decision out," John Boyd Jr., principal at the site-selection firm The Boyd Co., told Bisnow. "They could say, 'We’re a company that listens to the public, heard the outcry about what this company could do [to] the housing market, the local infrastructure, so we changed our approach.'"

Amazon's public announcement in September 2017 and 14-month silence, save for a shortlist of 20 contending cities announced in January, pushed cities to compete for the chance to get the promised transformational project. The company told cities they should keep their negotiations private, and until the announcement, the tax incentives New York and Virginia offered to Amazon were not made public.

New York and Arlington are expected to hold announcement ceremonies Tuesday, and business and political leaders will seek answers on why Amazon, and ultimately Bezos, the world's richest man, decided to put tens of thousands of jobs in the East Coast's two gateway cities rather than the 236 other North American cities that applied.

Why New York Won Its Piece Of HQ2 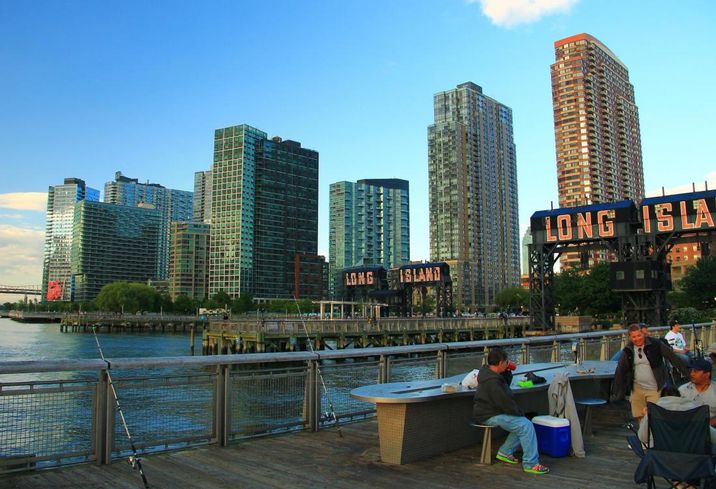 Despite common skepticism that New York City would make the cut for Amazon HQ2, the allure of the Big Apple worked its magic.

In the last 10 years, New York has added more than 76,000 technology jobs, making its talent base for the kind of workers Amazon is targeting among the strongest in the country. Amazon has already taken notice: It signed leases for more than 400K SF of offices in New York in 2017 alone.

There are challenges, to be sure: New York is one of the few cities in America with a housing market more expensive than Seattle, and its transportation system is on a downward trajectory after years of mismanagement.

Unlike it would be in other shortlist cities, such as Indianapolis and Pittsburgh, Amazon is just another major corporate tenant to call NYC home. Google is expected to employ as many as 20,000 New Yorkers in the coming years, and tech companies, despite increasingly dominating the city's leasing market, comprise only 5.1% of the city's workforce, compared to 9.4% in Seattle and 12.3% in San Francisco, according to the Bureau of Labor Statistics.

Long Island City is across the East River from Midtown Manhattan, and connected via the subway’s 7 Line to the Far West Side, where Amazon’s sales and advertising hub moved last year. Its land and building costs are cheaper than Manhattan, but its value proposition has shrunk in recent years.

The area has boomed with new apartments — no neighborhood in the country added more multifamily supply between 2010 and 2016 — which has forced landlords to offer rental concessions. Those days are likely long gone, as are the days of landlords desperately trying to convince retailers that there is enough daytime foot traffic in Long Island City to open stores.

For years, the development boom has not quite matched the market’s realities, leaving developers in limbo, but 25,000 jobs and 4M SF of offices will accelerate any growth plan. What remains unclear is exactly where Amazon will locate in the neighborhood, but Amazon is expected to purchase or ground lease some of the sites, and donate some of the land back to the city for public space and a school.

The Favorite For A Reason 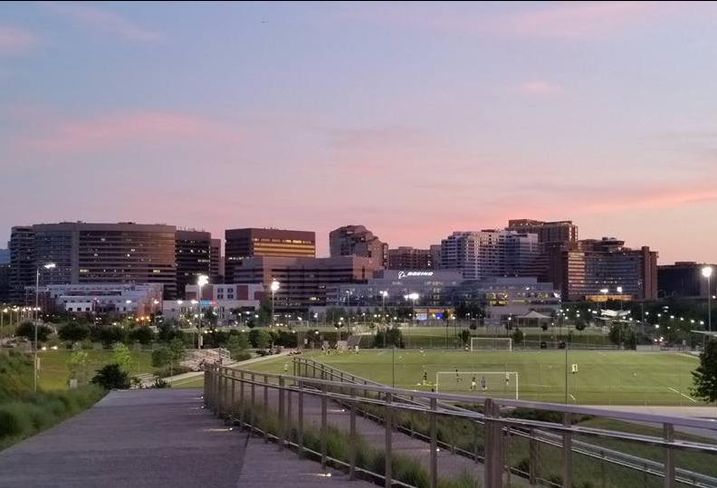 The D.C. area, particularly Northern Virginia, had been pegged as a front-runner since Amazon narrowed the search down in January to 20 jurisdictions, three of which were in the Washington region. Crystal City — or National Landing, as the HQ2 site is now being called — was one of multiple Northern Virginia locations included in the bid, including Alexandria’s Eisenhower Avenue corridor and a joint Loudoun County/Fairfax bid.

A multitude of factors undoubtedly led Amazon to select Northern Virginia over the 200-plus other bids, but transportation and demographics were likely high on the list. Crystal City sits a short walk from a major airport and is connected to D.C.’s Metro system.

It also boasts a highly educated population and a large concentration of skilled workers, many of whom are employed by the federal government and could see a significant pay raise by joining Amazon. Several nearby universities, such as Georgetown, George Washington, George Mason and Virginia and Maryland’s state flagship schools, give Amazon the opportunity to create a talent pipeline.

Crystal City also offers proximity to the federal government — it is less than 5 miles from the U.S. Capitol — as Amazon and other tech giants come under increased federal scrutiny.

"These two locations also [offer] something unique: Long Island City offers easy access to Midtown Manhattan, and all the attractions that only Manhattan offers, whereas Crystal City offers close proximity to Capitol Hill for lobbying purposes," Newmark Knight Frank National Managing Director of Research Sandy Paul said. "It’s close in, but not in, and that is appealing to Amazon."

Additionally, the neighborhood is a short drive from the world’s largest data center hub, where AWS — Amazon's cloud computing division, its most profitable arm — maintains a significant footprint.

Crystal City is less than a mile from the Pentagon and Ronald Reagan Washington National Airport, but it is filled with 1970s-era office buildings with large vacancies. The area has long been a hub for Department of Defense agencies and contractors, but government cost reduction and consolidation efforts have hurt the area’s office market, and it has suffered from elevated vacancy rates for several years.

The influx of 25,000 jobs is projected to reduce Crystal City’s vacancy rate from 15.5% to 7.2%, according to a study from Transwestern and Sage Policy Group.

The landlord poised to benefit the most from Crystal City’s selection is JBG Smith. The public REIT was formed last year from the merger of The JBG Cos. and Vornado’s D.C.-area holdings, which included a large concentration of Crystal City office buildings. Prior to bidding for HQ2, JBG Smith had launched efforts to redevelop the neighborhood, signing anchor retail tenants and planning multifamily conversions.

With the unprecedented economic arms race now at a close, much remains to be decided. New York and Northern Virginia will have to figure out how to accommodate one of the largest private employment influxes in history — Nashville will too, to a lesser extent — and what effect Amazon's workforce will have on their future.

UPDATE, NOV. 13, 11:10 A.M. ET: This story has been updated to reflect the details from Amazon's announcement.