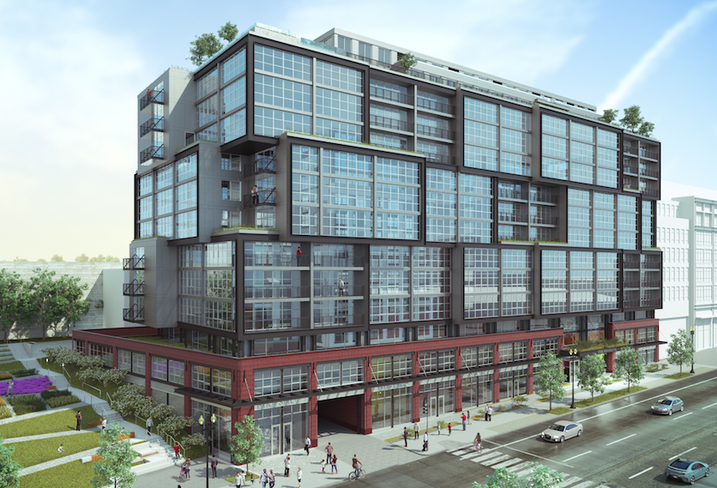 The $100M Highline at Union Market apartment project is expected to break ground in the next few weeks, and the development team just added a new partner.

The JV has landed construction financing from United Bank and EB-5 Capital with help from MAC Realty Advisors. It plans to break ground within a few weeks, a spokesperson told Bisnow, with delivery expected in the first half of 2018.

Highline will come on the market around the time of several other projects in the Union Market neighborhood. Level 2 is also building a 432-unit project, with Edens and Trammell Crow, that will have a Latin-inspired marketplace on the ground floor and is slated to open in late 2018.

LCOR and Edens' 181-unit Edison Building will deliver in the second half of 2017, with a Trader Joe's on the ground floor. Edens also recently submitted plans for a 130- to 150-unit mixed-use project at 1300 4th St NE, with no timeline set. Kettler recently released renderings of its 800-unit Market Terminal project, which also has no timeline set.

This Union Market surge comes amid a multifamily boom throughout the District, with a record 7,054 rental units expected to deliver this year. Delta Associates expects this influx of supply, combined with slowing migration of Millennials, to continue to push down absorption, which last quarter fell to its lowest level since 2014.

It will be interesting to see how Union Market and bordering NoMa, also rich with construction, fare in leasing up their units as supply in the broader market begins to outpace demand.

This Union Market neighborhood will be a topic of conversation at Bisnow's Northeast DC Update on March 23, and FCP's managing partner Esko Korhonen will be speaking at Bisnow's Capital Markets and Real Estate Finance event on March 16.