The site of a long-planned development in NoMa has changed hands, and the new owner is preparing to begin construction. 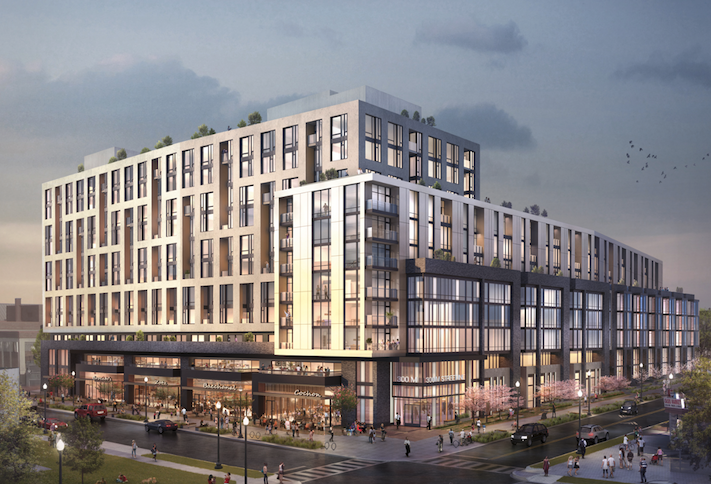 Courtesy of LCOR
A rendering of the development planned at 300 M St. NE.

LCOR acquired the site at 300 M St. NE from The Wilkes Co. for $48.5M, according to documents posted Tuesday to the D.C. Recorder of Deeds.

Wilkes received Zoning Commission approval in 2015 to build a 416-unit project with 10K SF of ground-floor retail. LCOR Vice President Matt Hard told Bisnow Wednesday that the developer is moving forward with the project as approved to avoid delaying the process by requesting any changes. He said it has lined up construction financing and expects to close on the loan and break ground in the coming weeks.

"They had gotten the project in the position where it was shovel-ready, and that's how the project was marketed, so it's a pretty quick turnaround for us and something we're looking forward to getting started on," Hard said.

The buyer is working with the same team of architects that Wilkes Co. had used to design the project. Hickok Cole, which earlier this month announced plans to move its headquarters one block north of the site, is the design architect on the project. WDG Architecture is the architect of record.

The project was delayed after its 2015 approval because of environmental contamination and remediation issues relating to a former gas station on the site, Wilkes Co. said in a 2018 zoning filing in which it requested a two-year extension on the approval. The site has operated as a parking lot in recent years.

Wilkes Co. President Berkeley Shervin said the company was pleased with the sale price it received after adding value to the site by designing the project and securing the entitlements, and he said it sold it to focus on other developments.

"In the last couple of years, we invested the time and resources to obtain all the necessary development approvals and work with Hickok Cole and WDG to design what turned out to be a fabulous building," Shervin said. "We're managing our existing portfolio and developing new projects all the time, so when you run that type of business, occasionally you want to evaluate carefully each of those investments and you make an investment decision as to whether to stay the course or exit."

Google Maps
The site at 300 M St. NE has been occupied by a parking lot.

LCOR is backed by an institutional investor, the California State Teachers' Retirement System, which acquired a majority interest in the company in 2012 out of Lehman Brothers' bankruptcy. Well-capitalized developers with strong banking relationships have been able to secure financing to break ground on new developments in recent months despite the coronavirus and economic crisis, Hard said. He declined to name who is the lender on the project.

"Deals are still closing throughout the pandemic, but it's for existing clients who are well-capitalized and who have a track record of success, and more likely than not had bank interest prior to the pandemic," Hard said. "We checked all of those boxes, and our lender stuck with us and they're going to close."

LCOR also has a 280-unit project under construction a half-mile away at 530 Morse St. NE, one block from Union Market. The developer in 2017 completed The Edison, a 187-unit, Trader Joe's-anchored project on the corner of Florida Avenue and Fourth Street NE.

The newly acquired site, on the corner of Third and M streets NE, is on the same block as two mixed-use developments currently under construction: Foulger Pratt's Press House at Union District — where Hickok Cole is moving — and Trammell Crow's Armature Works. 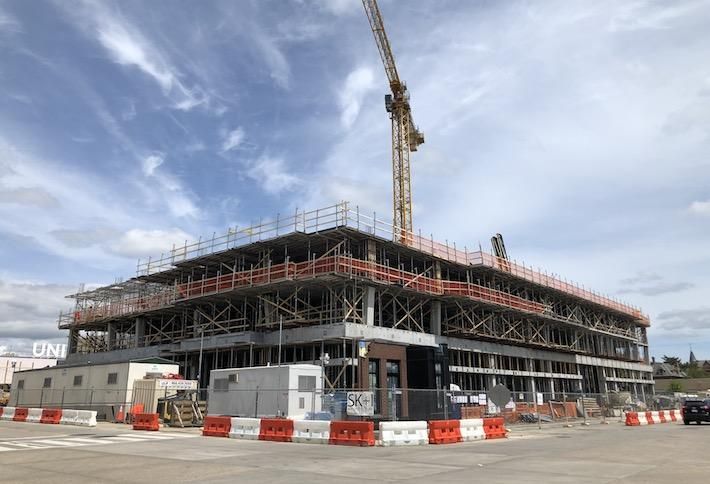 Hard said he expects the 300 M project to deliver after the wave of ongoing construction has completed, giving it less competition in the apartment leasing market.

"This site made a ton of sense to LCOR because we have our existing investments in the Union Market area, and this project represented the final piece in the nexus of NoMa, H Street and Union Market," Hard said. "It was really one of the last parcels in the submarket that can be developed."

The developers with projects planned along 3rd Street NE have long envisioned it becoming a vibrant retail corridor that connects the popular H Street and Union Market neighborhoods. Retail is facing a difficult environment amid the pandemic, but Hard said he is confident LCOR will be able to fill the 10K SF of space at its project.

"There is nothing like a shovel in the ground to get retail interest," Hard said. "We're going to be able to respond to what Foulger-Pratt and Trammell Crow put into their projects, so I think it's a pretty good opportunity for us to slot in a use that the other projects don't address that could round out that retail corridor."