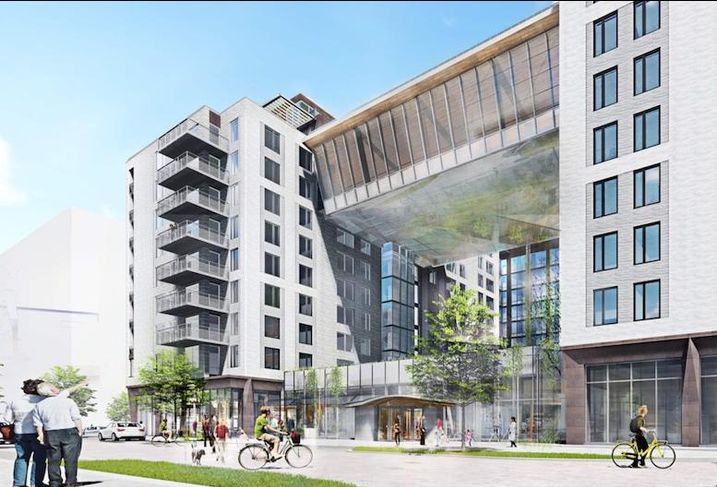 Perkins Eastman, Forest City
A rendering of the 348-unit project planned on The Yards Parcel I

A parking lot one block east of Nationals Park could soon be developed into a 348-unit apartment building with retail, the latest addition to The Yards megaproject.

Forest City submitted plans Friday with the D.C. Zoning Commission to review the design of the building it plans for Parcel I of the Yards, a parking lot near the intersection of First and N streets SE.

The plan calls for an 11-story, mixed-use building with 348 apartments, 13,600 SF of retail and 243 parking spaces. The building would be U-shaped with a connecting bridge on the eighth floor, planned to include a fitness amenity and a landscaped central courtyard. The project was designed by the master architect of The Wharf, Perkins Eastman.

The developer is dividing the block bounded by First Street SE, N Street, N Place and Canal Street into two lots, with Parcel H on the western portion fronting First Street and Parcel I on the eastern portion. The parcels would be intersected by a new, curbless shared street, which the developer calls '"1 1/2 Street." Parcel H is planned to include office, residential and retail. Directly to the south of the Parcel I site would be the Showplace Icon Theater that Forest City has planned, and the Thompson Hotels site is one block east. 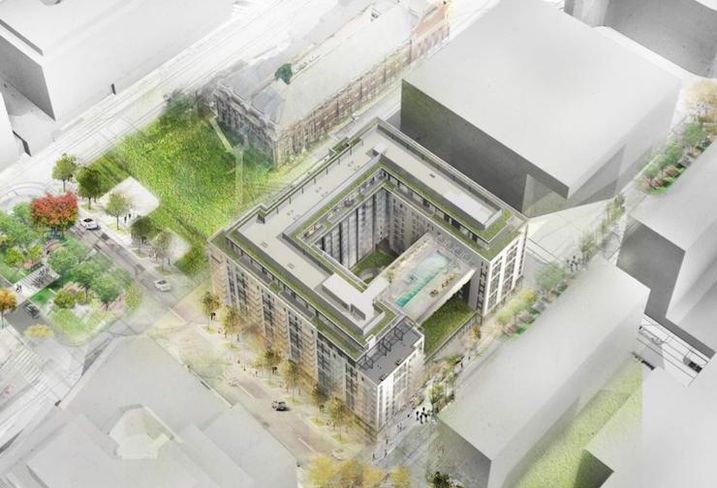 Perkins Eastman, Forest City
An aerial rendering of the 348-unit project planned on Parcel I of The Yards

The site is on the western portion of The Yards, Forest City's 48-acre development. The megaproject has three completed multifamily buildings, with two more delivering this fall, The Bower and Parcel O. The developer in April unveiled its plans for future phases of The Yards, which is slated to include another 1,200 residential units, 1.5M SF of office and 150K SF of retail.

The development team has received approval for the overall density of the large-scale development, but still must secure approvals for its detailed plans for each portion of the site.

The future phases, largely on the western portion of the site, were included in D.C.'s Anacostia Riverfront proposal for Amazon HQ2. Parcels H and I were included in the proposal as potentially holding 770K SF of office space. But since the submission included more than double Amazon's required 8M SF of office space, the development of one parcel as apartments likely wouldn't prevent the site from accommodating the campus if it is selected.