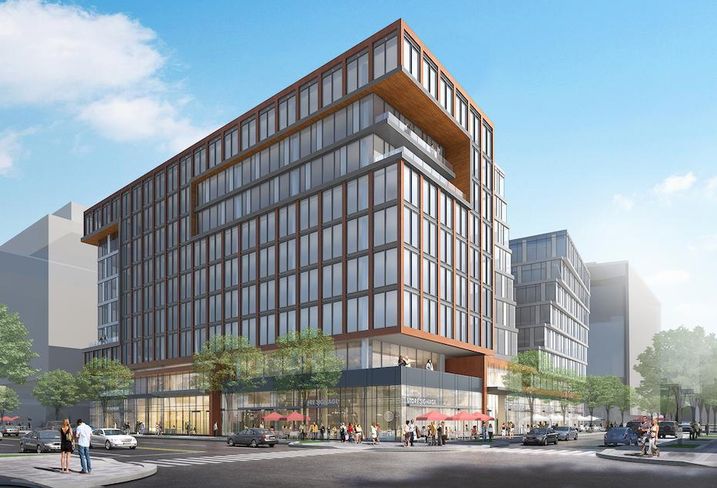 Courtesy: Forest City
A rendering of the office building planned for Parcel F at The Yards, part of the development's second phase

Forest City plans to break ground next year on the second phase of The Yards, its massive Southeast D.C. waterfront development.

The development team presented its plans to the local Advisory Neighborhood Commission Monday evening and unveiled new renderings of the next buildings planned at The Yards.

Phase 2 is slated to include 1,200 residential units, 1.5M SF of office and 150K SF of retail. It is planned for the 18-acre piece of land bounded by First Street SE, M Street, New Jersey Avenue and the Anacostia River. 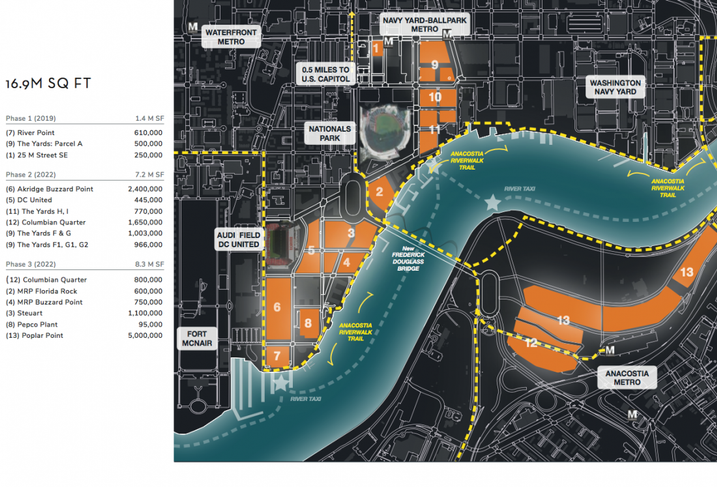 The site was included in the Anacostia Riverfront proposal for D.C.'s Amazon HQ2 submission. The northernmost parcel was slated for Amazon's first phase and would have to be developed into a 500K SF office building by 2019, a near-impossible time frame. The riverfront proposal included 16.9M SF of development potential, more than double Amazon's requirement, so it remains to be seen exactly which parcels the tech giant would built its campus on if it were to select the site.

At full build-out, The Yards is planned for 1.8M SF of office, 3,400 residential units and 400K SF of retail across 48 acres. The project will also include the 225-room Thompson Hotel, a luxury brand that signed on earlier this year as part of the first phase and plans to open in 2020.