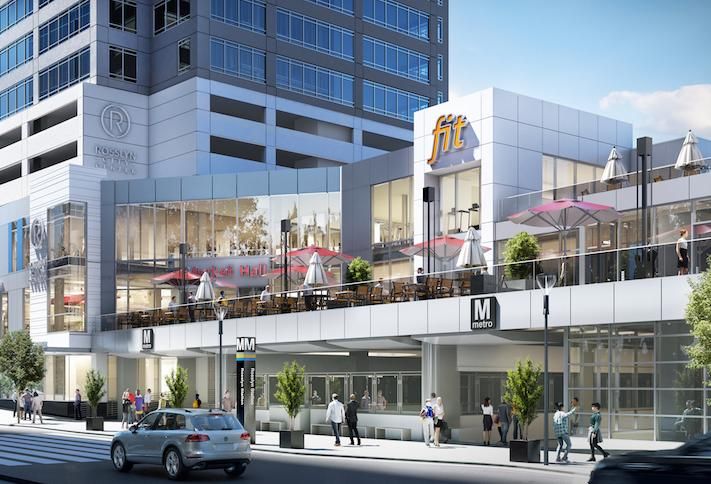 The 22-story building above the Rosslyn Metro station is slated for a major overhaul, and it is bringing in one of the trendiest concepts in retail: a food hall.

American Real Estate Partners Tuesday unveiled plans for its $35M renovation of the Rosslyn Metro Center mixed-use building at 1700 North Moore St., which it is rebranding as Rosslyn City Center.

The renovation project will be anchored by a new 20K SF food hall with 12 food stalls, two lounges and an outdoor terrace. The food hall will be operated by Oz Rey, an Austin-based firm that has food hall projects in Texas, Georgia and New Jersey. 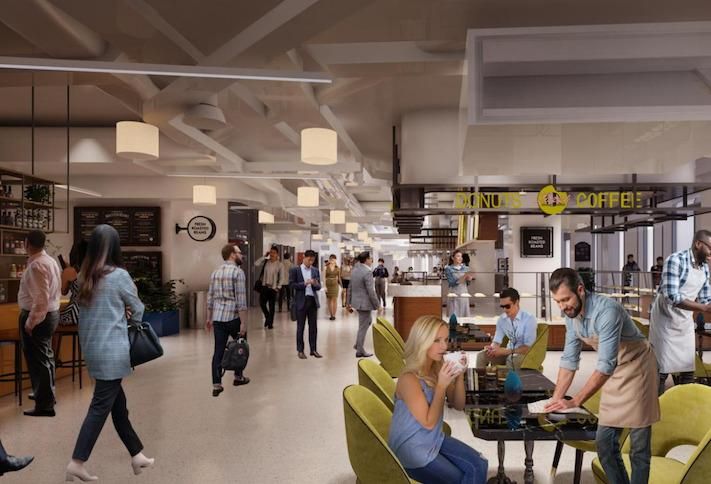 The project will also feature a 30K SF fitness studio, though AREP has not announced the company that will operate it. The developer is also renovating the building's exterior, lobby and common areas, and adding a conference facility and flexible workspace to the office portion of the building.

AREP acquired the building in 2015 for $180M from Clover Management Corp. It had initially planned to begin renovations in 2017, but took the last two years to "refine the project's scope" and bring in the food hall operator before starting construction, AREP principal Paul Schulman said in an email to Bisnow.

The developer plans to break ground on the project this month and complete it by Q3 2020. The building is next door to 1812 North Moore, where Nestlé moved its U.S. headquarters, and across the street from Central Place, the mixed-use project anchored by CEB.

"The places we are now creating across our portfolio and, more specifically, at Rosslyn City Center, will offer dramatic, positive improvements, and we believe a welcome addition to the day-to-day experience of our customers, as well as to neighboring workers, visitors, commuters, and residents," Schulman said in a release.