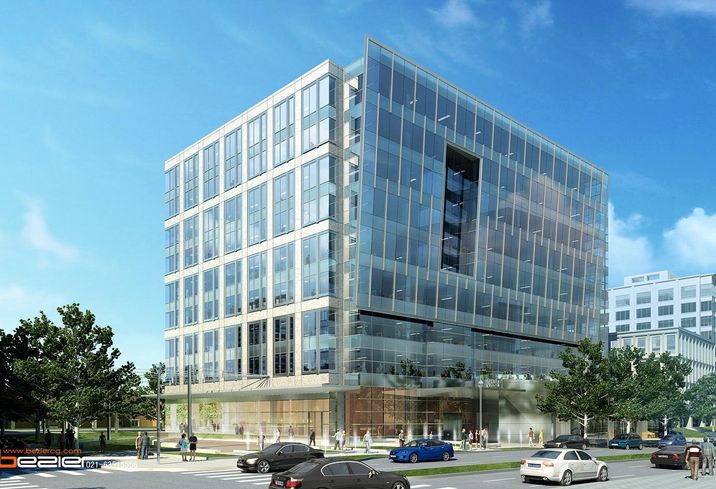 Courtesy of Skanska/CallisonRTKL
A rendering of 3901 Fairfax Drive, a planned office development in Arlington, Va.

Seven years after Bernstein Management Corp. and Crimson Partners got their planned, speculative office building in Arlington approved, the still-undeveloped site has found a new builder.

Skanska paid $17.25M to acquire 3901 Fairfax Drive from Bernstein last month, according to property records. The Swedish construction and development giant plans to move forward with the original plans for a 200K SF office building on the site, designed by CallisonRTKL.

Bernstein bought out Crimson's stake in the 1-acre site that sits between the Ballston and Virginia Square Metro stations in 2015, according to Arlington property records. Skanska said in a statement that it is one of the last undeveloped, Metro-accessible sites in the Rosslyn-Ballston corridor. Crimson and Bernstein received site plan approval in 2012.

Skanska has built multiple D.C.-area office buildings without first securing a tenant — its most recent projects in Capitol Riverfront and Foggy Bottom signed major leases before opening — but a company spokesperson said it hasn't yet determined when it will start building 3901 Fairfax, or for whom. Skanska has two other office development sites in its pipeline, at 1700 M St. NW and on M Street in NoMa, neither of which it has begun construction on.

"What is unique about the D.C. area, when compared to other cities that also have promising development underway, is that each submarket — from NoMa to the Central Business District to the East End and Rosslyn and beyond, has different needs, desires and uses," a spokesperson told Bisnow in an email. "For that reason, we look at each market differently and act and respond differently. This property is one of the last development opportunities for a ground-up, Metro-accessible, Class-A office building in the Rosslyn-Ballston Corridor — we are eager to start but don’t have a definitive date just yet."

When Skanska — whose D.C. office is based a few miles up the road in Rosslyn — moves forward, the building is expected to have 10K SF of ground-floor retail, a 4K SF outdoor rooftop terrace, a 1,600 SF indoor amenity space and a 1,700 SF second-floor terrace. The building would be free-standing, giving tenants on all sides views through floor-to-ceiling windows.