The Washington region claimed a big win last week when Amazon placed three of its jurisdictions on the HQ2 shortlist — more than any other metropolitan area — but developers in Montgomery County worry that local officials have been pitted against each other and are not showing enough cooperation. 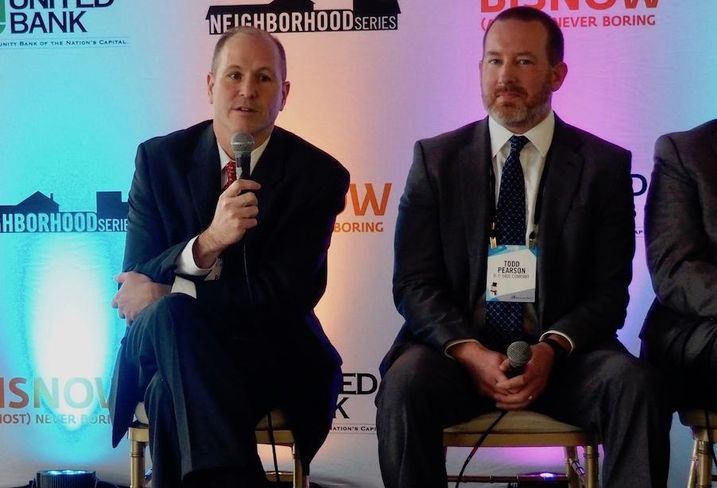 "My biggest fear on the whole Amazon race is that we just keep sniping at each other," said Lantian Development CEO Bob Elliott, whose firm has recently acquired over 230 acres in Montgomery County.

Elliott, speaking at Bisnow's Future of Montgomery County event Wednesday morning, said the three jurisdictions should combine their incentive proposals into one joint package to make the region more competitive with other cities. Some local officials have expressed an openness to this idea, but have instead gone ahead with individual incentive offers.

"We need to start thinking like a community that wants to win," Elliott said. "We're all here because of Montgomery County, but, Arlington, Alexandria, Fairfax and D.C. all are great choices. We've got to think like we are 4-8 million people together, not 2 million against another 2 million."

B.F. Saul Senior Vice President Todd Pearson, whose company owns 1.2M SF of retail, 1.8M SF of office and 570 hotel rooms in Montgomery County, plus two upcoming projects, agreed that the region needs to do more to come together to attract Amazon.

"Quite frankly, I think it's really sad that we don't have Gov. Hogan, Gov. Northam and Mayor Bowser in a public announcement right now saying, 'Look we're all going to come together, we all have our own individual merits for this site, but we want to work together to bring Amazon, and we're going to get together behind Metro funding, behind a new bridge, behind affordable housing, behind these regional issues,'" Pearson said. 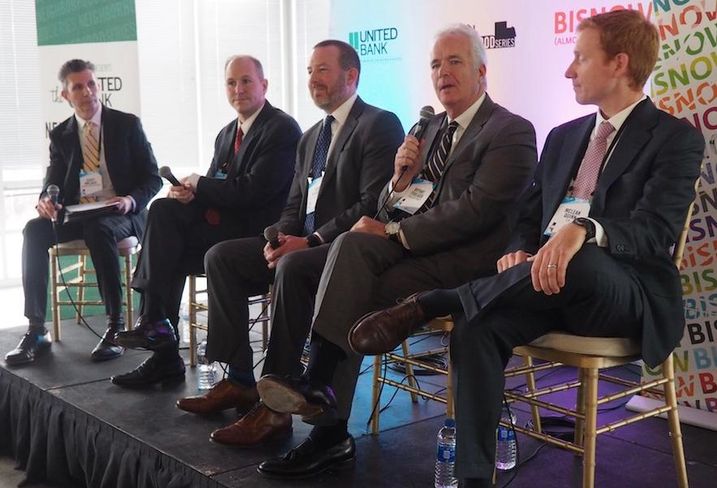 But Foulger-Pratt Chairman Bryant Foulger, responding to Pearson, said local leaders have already missed the opportunity to send that message of regional collaboration.

"Unfortunately we tried that," said Foulger, referencing the efforts of the 2030 Group and economist Stephen Fuller. "An awful lot of effort has gone into this. There was a lot of pressure placed upon those elected officials to do just that and at the end of the day, they decided not to do that. It’s just very shortsighted and it’s very disappointing."

"They set themselves up in a position where they get played against one another, and that's really unfortunate," added Foulger, who has an extensive portfolio across the county and the D.C. area, including Park Potomac, the host of Wednesday's event.

Pushing back slightly on the urgency for regionalism expressed by his three fellow panelists, EYA Vice President McLean Quinn argued that while all jurisdictions would win from Amazon choosing the area, the benefits would not be equal.

"Regardless of where it goes, there will be disparate impacts in the different locations," Quinn said. "You can look at the job growth we've had as a region over the past decade, and that has been a very uneven benefit to our region. Unfortunately, Montgomery County has not been able to be competitive with the other jurisdictions in capturing its share of that growth."

Montgomery County suffered a major loss earlier this month when Discovery Communications chose to move its headquarters out of Silver Spring to New York City. Elliott said the county needs to make sure it does not think so much about Amazon that it loses its focus on retaining and attracting other companies.

"It goes beyond just thinking about Amazon, we have to keep the businesses that are here," Elliott said. "When do we actually start bringing them back in? When do we actually not see the net migration of our four remaining Fortune 500 companies? When can we actually get that to eight? What can we do to bring groups here?" 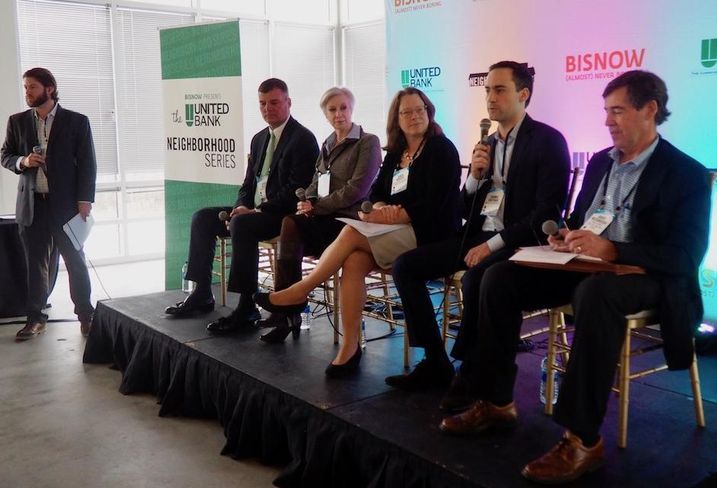 The answer to Elliott's question could be found in a booming industry that has developed a hub in the county: life sciences. United Therapeutics Corporate Director of Real Estate Thomas Kaufman, speaking on the event's life sciences panel, said the biotech industry is a major opportunity for the county.

"You’re going to see some tremendous growth," Kaufman said. "You’re going to see the biggest companies in the world not be technology companies from Silicon Valley, but from the biotech industry. The county needs to be asking itself what it’s doing to ensure that with all the groundwork that’s been laid, all the great companies that are here already, what are they doing to make sure all that incredible growth happens here in Montgomery County?"

The county's vacancy rate for lab space sits around 4%, well below that of traditional office space. But with so little vacancy, the county could risk missing out on tenants currently on the market for big chunks of space, said Martha Schoonmaker, executive director of the Pinkney Innovation Complex at Montgomery College.

"If we don’t build it and don’t have it available, they’re going to go outside Montgomery County and they’re going to go outside the state," said Schoonmaker, who is currently seeking a developer to build a 150K SF commercial bioscience building on the community college's Germantown campus. "Northern Virginia is over here talking to these companies when they’re not able to find space. Tenants are looking for space."