The Life Sciences Market Is Booming On The I-270 Corridor

With more than 10M SF of total lab space, the life sciences market along Montgomery County's I-270 corridor is a regional hub for the industry. Despite its deep suburban location, not directly accessible by Metro, the market is experiencing one of the strongest periods in its history. 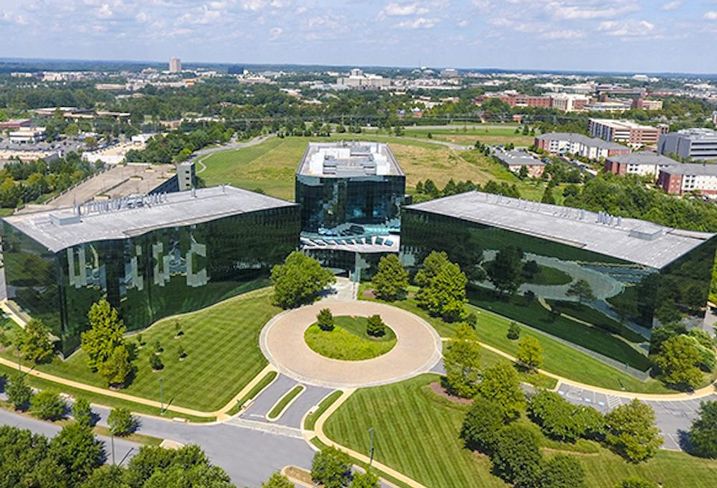 Courtesy of HFF
The GSK Global Vaccine Center in Rockville

The I-270 corridor's lab vacancy was just 4% at the end of Q1, down 2.6% year-over-year, according to JLL's Life Sciences report. By comparison, the overall suburban Maryland office market's vacancy has remained above 15% each quarter for the last five years, according to CBRE's most recent office report.

"Right now, the vacancy is at an all-time low for the 20 years I've been doing this," JLL Managing Director Pete Briskman, who leads the firm's Bethesda office, said of the I-270 corridor.

This drop in availability has quickly turned the corridor into a landlord's market, with asking rents rising a staggering 18.4% year-over-year, according to JLL. The overall suburban Maryland office market, by comparison, experienced a 1.7% increase in year-over-year rents, according to CBRE.

Briskman said many life sciences companies in the area have matured to a stage where they need more space, boosting the corridor's demand. A total of 59 lease deals were signed along the interstate during the 12 months ending March 31, according to JLL, adding 349K SF of net absorption.

At the same time, Briskman said developers have acted conservatively and have not built much speculative lab space, allowing the existing stock to be nearly filled.

GlaxoSmithKline last year closed facilities in Boston, Wilmington, Delaware, and Brussels, Belgium, to consolidate the operations into a 635K SF U.S. vaccine research headquarters on the I-270 corridor in Rockville. After landing that deal, BioMed Realty sold the facility for $337.5M.

"That certainly spoke to the strength we're seeing in that I-270 corridor," BioMed Realty Senior Director Kevin Reap said. "We've been very pleased with the market, especially over the last two years now, with the trends of vacancy tightening and rental rates going up."

BioMed owns about 600K SF of lab space along the corridor, and its portfolio is 99% leased, Reap said. Some of its tenants have recently expanded into larger footprints, a trend Reap said he is seeing throughout the corridor. 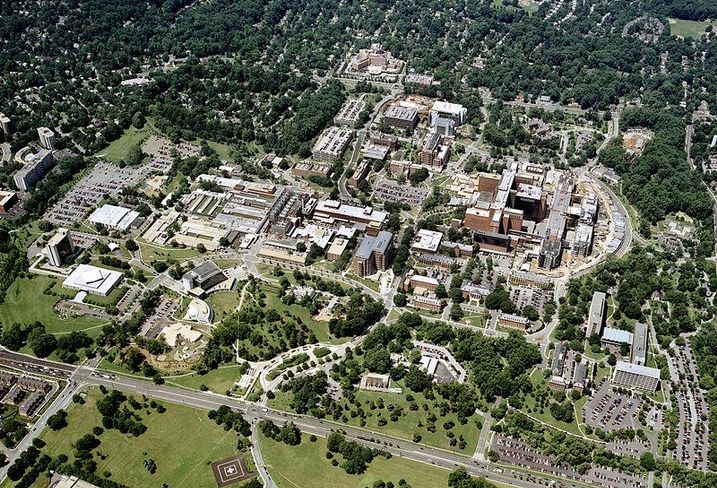 Wikimedia Commons/National Cancer Institute
An aerial view of the NIH campus in Bethesda, taken in 2003

The submarket has become a hub for life sciences because of its proximity to federal agencies like the National Institutes of Health and the Federal Drug Administration, Briskman said.

In addition to the NIH's massive Rockville Pike campus, the agency has also been growing its footprint along I-270. In January, it signed a 92K SF lease extension just off I-270 in Gaithersburg for the National Institute of Allergy and Infectious Diseases. In March, NIH's National Cancer Institute announced plans to open a new 70K SF building on Johns Hopkins Montgomery County Campus, located just off I-270 in Rockville.

Briskman also attributed the corridor's strength to the area's highly educated workforce and its cheaper rental rates than competing areas like San Francisco and Boston.

The recent shift in the office market has been tenants moving to walkable, urban environments with amenities and easy access to public transportation. But life sciences companies have different priorities and have bucked that trend.

"Scientists don't care about amenities as much as a typical office user," Briskman said. "They have a mission, and that makes a difference. The concentration of federal institutions and educational institutions are suburban, typically not urban. You want to be close to where your customers are." 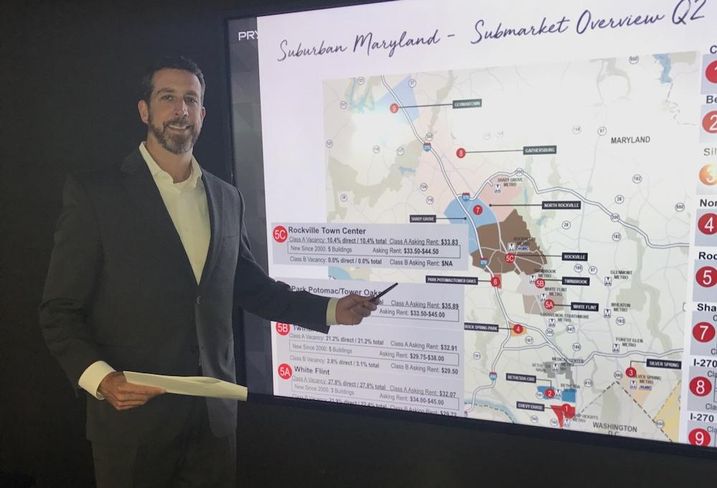 These strong fundamentals should allow the success of the I-270 submarket to continue, Briskman said, putting it among the top tier of life sciences markets nationwide.

"I think that we have more room to grow," Briskman said. "We're in a unique position where we can grow faster than other regions because we have infrastructure and momentum and factors that position us for sustainability and to be a top five region."

With continued strong demand and low vacancy, Briskman said it is important to build enough supply to keep up, and he expects developers to become more aggressive.

"I think that established biotech developers will take risks that are calculated, so I do think that we'll see speculative construction over the next three years," Briskman said.

"We're an opportunistic company," Reap said. "We're looking at many different options of what we could do. It's nice to have that land in our back pocket."