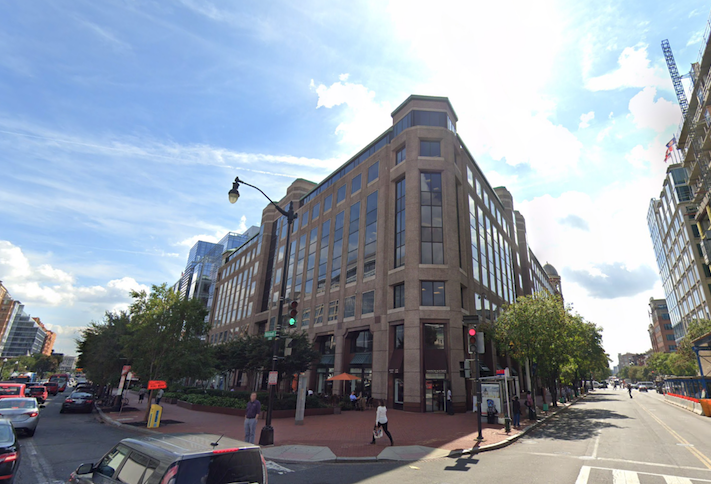 Coworking providers continue to flock to the area around D.C.'s Chinatown neighborhood, with another space set to open next year.

Industrious announced Thursday it plans to open a 35K SF coworking space in the Brookfield-owned building at 650 Massachusetts Ave. NW.

The space, expected to open before July, will be the second in the District and seventh in the D.C.-area for Industrious. The coworking provider also has opened spaces in Thomas Circle, Bethesda, Ballston, Court House, Alexandria and McLean.

Brookfield's retail division was one of the lead investors in Industrious' $80M funding round in August. The company signs management agreements with landlords, rather than direct leases, as a way of sharing profit and risk.

The building sits at the corner of Seventh Street and Massachusetts Avenue at the intersection of the Chinatown and Mount Vernon Triangle neighborhoods. The new Industrious space will be one of at least seven coworking spaces within a four-block radius of the building.

On the same block as the Industrious building, Israeli coworking provider Mixer plans to open its first U.S. space at 600 Massachusetts Ave. NW next year. Directly across Seventh Street from the building, WeWork plans a 2020 opening for a 67K SF coworking space at Meridian Group's 700 K building.

Industrious Mid-Atlantic Manager Joyce Oh said she is confident it will have demand for the new space.

"Our existing D.C. proper location has been operating at complete occupancy with a substantial wait list, so we're excited to be growing our presence in the area," Oh said in a release.