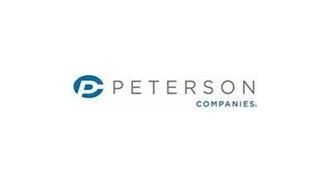 The Past, Present And Future Of The Peterson Cos

Founded by Milton and Carolyn Peterson in 1965 with the acquisition of seven acres in Vienna, the Peterson Cos has been guided by its mission of "strategic place-making." Fifty years later, the firm has developed some of the most successful and award-winning mixed-use retail, residential and office in DC, Maryland and NoVa.

From Burke Centre and Tysons-McLean Office Park, to Downtown Silver Spring and the National Harbor, Peterson Co has transformed entire communities with its signature style of mixed-use retail, dining, entertainment, open plazas and ample amenities along pedestrian-friendly streets—paving the way for the future.

The best and most recent example of this visionary leadership is the National Harbor. Purchased in 1996 as an undeveloped and undervalued asset, National Harbor opened in 2008 and is now a "must-see" waterfront destination. With 150 stores, 30 restaurants, Tanger Outlets, the Gaylord National Resort & Convention Center, and the Capital Wheel, the Harbor welcomed more than 16 million visitors in 2015.

And yet, it looks like the best is yet to come. Several new concepts will make their DC-area debut this spring, including popular retailer Carhartt, Savannah’s Candy Kitchen, Brother Jimmy’s BBQ and Muse Paint Bar. In addition, Urban Pirates will invade the Potomac and offer pirate-themed cruises, Local Motors will debut the first fleet of 3D printed cars at their cutting-edge 43k SF interactive retail and lab space and the $1.3B MGM National Harbor Resort & Casino will open this fall, offering the same world-class experience that MGM Resorts is known for around the globe.

Looking Forward To Loudon, Fairfax County And Beyond

But National Harbor isn't the only property that the Peterson Cos is working on as they pursue the next generation of mixed-use, residential, retail and entertainment-focused developments that will continue to transform the DC real estate scene for years to come.

True to form, Peterson has begun looking to the needs of one of the fastest-growing counties in the country, Loudoun, and three new projects are already underway to better serve the rapidly growing Route 50 corridor community.

Commonwealth Center, ideally located where Route 7 meets Loudoun County, will also be an exciting entertainment hot spot, offering iFLY (pictured), an indoor skydiving facility with a vertical wind tunnel that will open this spring; TopGolf, which blends hitting balls with food and drink in a competitive yet friendly atmosphere and opened last year; as well as restaurants and other tenants.

But Peterson is not limiting itself either, looking at other areas in the region. In Glen Allen, VA, Peterson is developing Nuckols Place, a 90k SF retail, shopping and dining center anchored by one of Virginia’s first Publix grocery stores. Construction will begin this summer, with the first phase slated for 2017.

And in Fairfax County, Peterson Cos is building the Dulles Discovery Office Park at the Air & Space Museum Drive Interchange. The project already has three buildings leased to the Federal Government—totaling 1.3M SF—with a fourth building of 480k SF going under lease shortly. The project eventually will have a total of 2.4M SF of government office space.

Last but not least, in Virginia Beach, Peterson Cos is planning a $100M multi-use entertainment district called VA ViBe! that will transform the former Dome entertainment venue. Geared toward residents and tourists alike, the new development will offer year-round entertainment, dining and retail options. VA ViBe! will contain about 125k SF of entertainment concepts, 65k SF for experiential dining, and an estimated 40k SF of destination retail and other offerings.

As impressive and enduring as Peterson Cos’ projects are, its strongest asset is its loyal workforce. While the company’s reputation attracts a higher quality of employee, it's the strong relationships and stellar work community that helps retain these talents.

These efforts come in the form of the Peterson Family Foundation, which Milt, Carolyn and the family founded in 1997 with the central concept that honesty, fairness and community create the foundation for success. Since then, the Peterson’s have gifted more than $50M to the Foundation, which, in turn, has supported more than 350 organizations, including Life with Cancer, George Mason University, the Dulles Air & Space Museum, Gleaning for the World, Teach for America, Youth for Tomorrow, St. Stephens & St. Agnes School, Flint Hill School and Middlebury College.

Peterson's unique mix of superior business ethic and a dedication to charity and community service can be seen in both Peterson family members and employees, who have given their personal time to, volunteered with or financially contributed to various community-based and charitable organizations. Peterson Cos even encourages employees to use their paid day off to volunteer in their communities every year.

As Peterson celebrates its golden anniversary, its impact on the DC market can’t be understated, with iconic and enduring destinations throughout the DC area. In fact, when you actually see a map of the 120 projects Peterson has done over the decades (below), you begin to get a true impression of how much Milt and his firm have shaped the DC market. In the decades to come, the company is well-positioned to continue its impressive legacy of reimagining and reinventing communities where people love to live, work and play.