The 7 Prince George's County Developments You Need to Know

While DC’s eastern suburb doesn’t have a mega-project like The Wharf or Capital Crossing, there are more than a few developments in the pipeline or under construction that have the potential to be just as transformative. That's why we're excited to present the Future of Prince George's County on Sept. 29 at the UMD Riggs Alumni Center, starting at 4pm. 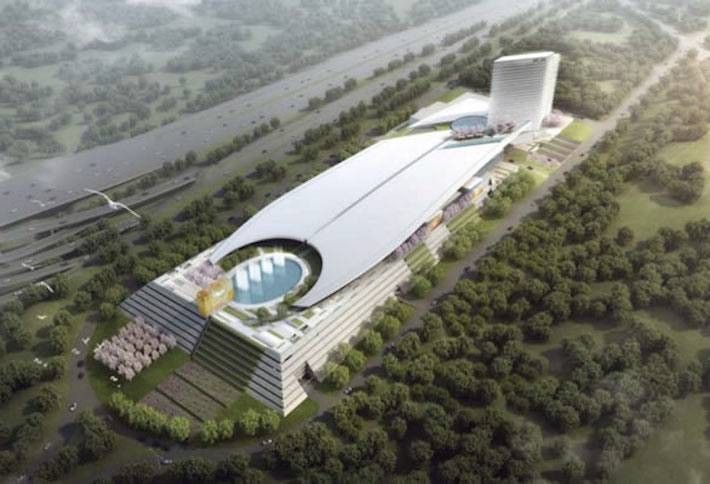 Even though Milt Peterson didn’t want a casino in National Harbor initially, he relented after the development looked like a money pit. Next summer, Milt thinks the new resort will be a smashing success, and the county is banking on it: it approved the casino in 2014 because of an estimated $40M or more per year in tax revenue. Logan Gaskill, VP of MGM National Harbor, is a panelist at our event next week. 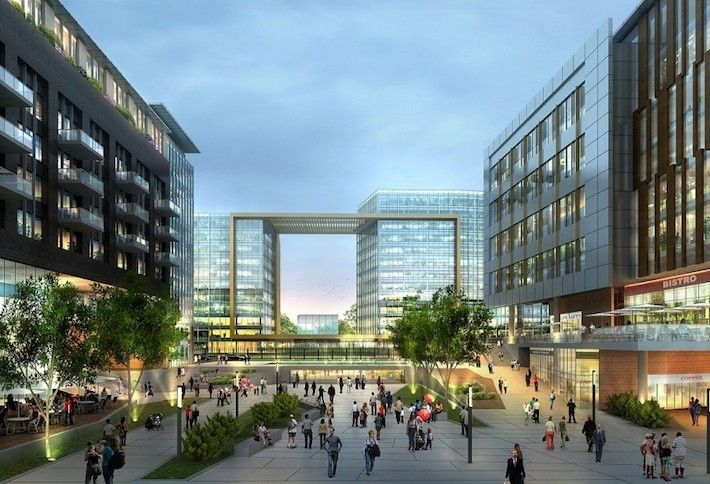 Project cost: About $2B
Expected award: Spring 2016, maybe
Details: Looking for a 2.1M SF site, Greenbelt and Landover in the county are finalists

The two sites in Prince George’s County are thought to be favored for the FBI’s new HQ (Springfield, VA, is the third finalist), and when the GSA awards the project—it’s anyone’s guess as to when, considering a host of mitigating factors—it will be like pouring rocket fuel on the development of the area surrounding it. The cost is estimated at $2B, but a yet-to-be-released environmental study could raise it even more. All the while, the J. Edgar Hoover Building, where the FBI currently resides, is literally crumbling. 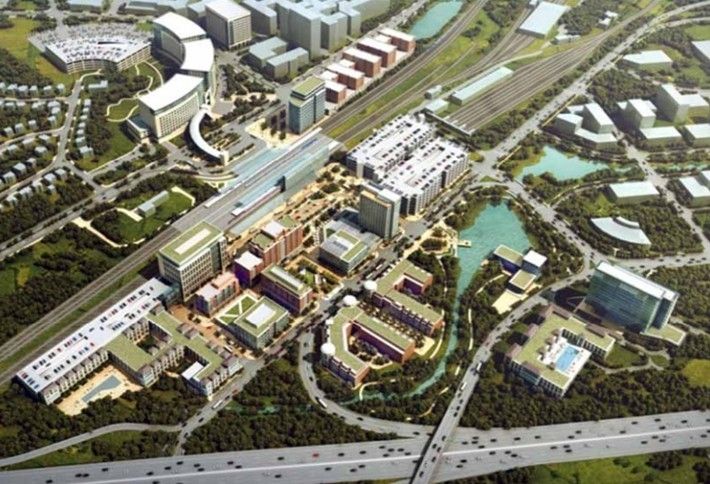 Not much is known about the specifics of all of the activity happening around the New Carrollton transit station, but the big picture is really big. Berman landed the Maryland Department of Housing and Community Development HQ and is building 556 apartments over 61k SF of retail next to it. Groundbreaking could still happen this year. The JV’s Phase 1 is expected to have a 260-unit mixed-use building, but in a decade and a half, it will ultimately build 2.7M SF: 1.1M SF of office, 1.3M SF of residential, and 150k SF each of retail and hotel space. Urban Atlantic’s Vicki Davis tells Bisnow that she plans on “one component per year” until completion. “It’s an aggressive schedule,” she says. “It has the ability to really be transformative to the county.” 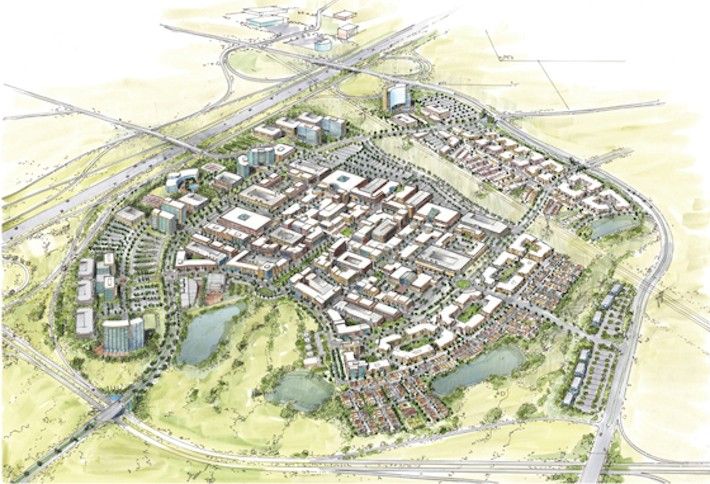 In terms of sheer size, Konterra is the biggest current development in the region. Covering 2,200 acres, parts of the town center are already built. The biggest component—and the one most relevant to residents of nearby Laurel—is Town Center East, the 1.5M SF retail hub. Offices and residential have already been built on the site, but it’s the retail—which locals hope can one day compete with Tysons—that will cement the legacy of this project. 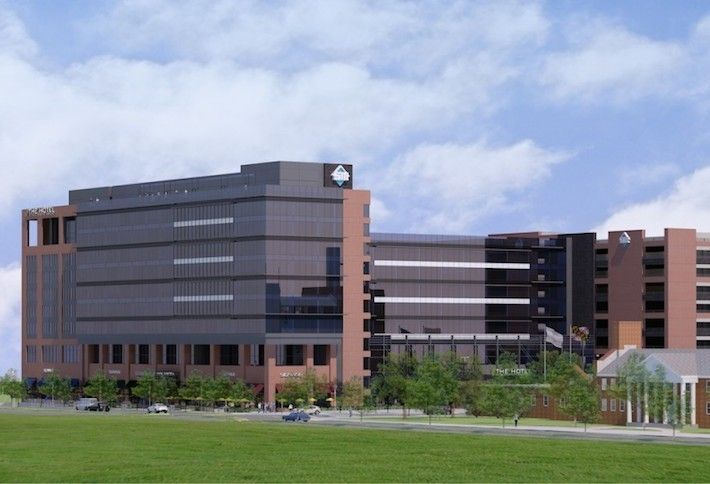 Project Cost: $150M for The Hotel at UMD (above), unknown costs for Route 1 Innovation District
Expected opening: January 2017
Details: A four-star hotel and conference center and a planned mixed-use district across Route 1 from campus

The defunct East Campus plan has been transformed into the Innovation District, anchored by Southern Management’s new hotel, under construction now. Development all along College Park’s main drag has exploded in the past few years, but the chance to redevelop student housing, like New and Old Leonardtown, and the Reckord Armory could entice new companies and developers in prime, college town real estate. 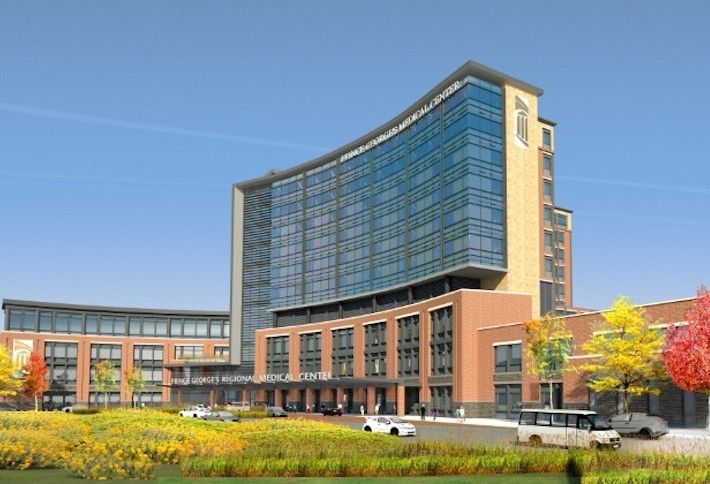 Putting aside the obvious human benefit that a new hospital will bring to the region, the county commissioned a study on the possible economic benefit the hospital could bring to the area through a redeveloped town center. The result? A $3B boon with tens of thousands of new jobs. The county is banking that a developer will seize on the opportunity and redevelop the surface-parked, big-box, 277k SF retail center near the Metro stop at the end of the Blue and Silver lines. 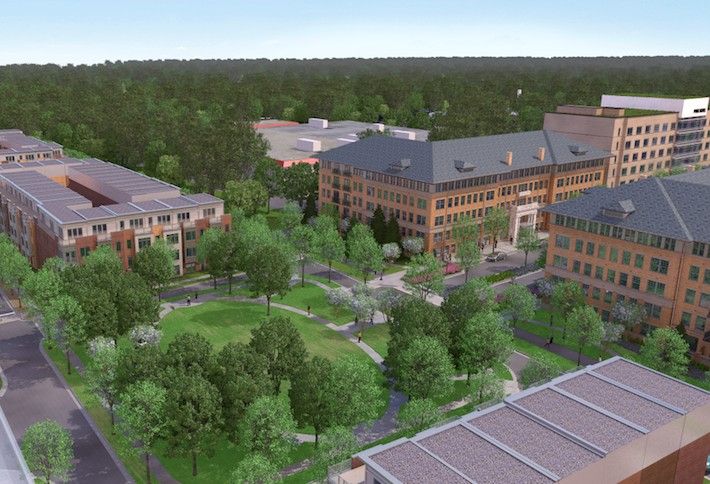 While Whole Foods is making huge inroads in the District and NoVa, Prince George’s County had been left out of the mix, until recently. Cafritz Enterprises inked the specialty grocer to 36k SF in a 60k SF retail property and followed that up with a 120-key Hyatt House. The plans for the future include 850 apartments, an office building, 119 townhouses and another 150k SF of retail.