Allied Properties REIT CEO Michael Emory was just named one of Canada’s DesignThinkers of the Year. (Competition was intense. We thought lots of thoughts this year.) Lauded for using design and innovation to drive growth, he cites Queen Richmond Centre West as a case in point. 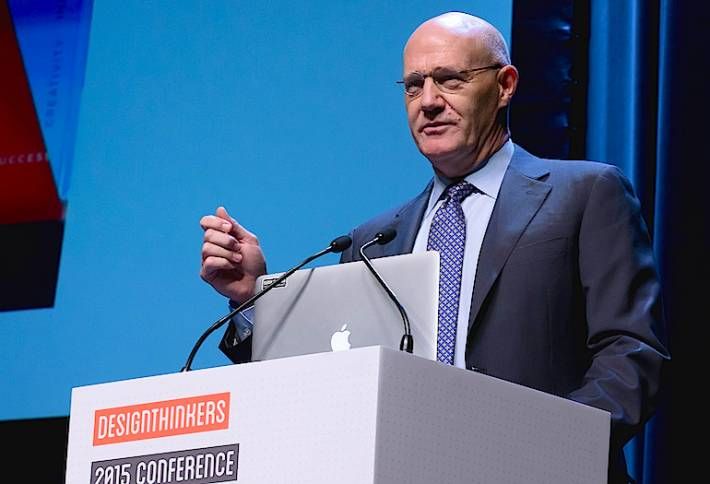 Here’s Michael at the awards during the Association of Registered Graphic Designers’ DesignThinkers Conference in Toronto last month. “Sensitivity and understanding of design has been part of what we’ve done from the beginning,” he tells Bisnow, noting that Allied’s newly completed QRC West preserves heritage while increasing density by adding an 11-storey glass tower above. "It validates our view that you can integrate the old with the new and by doing so create something better.” 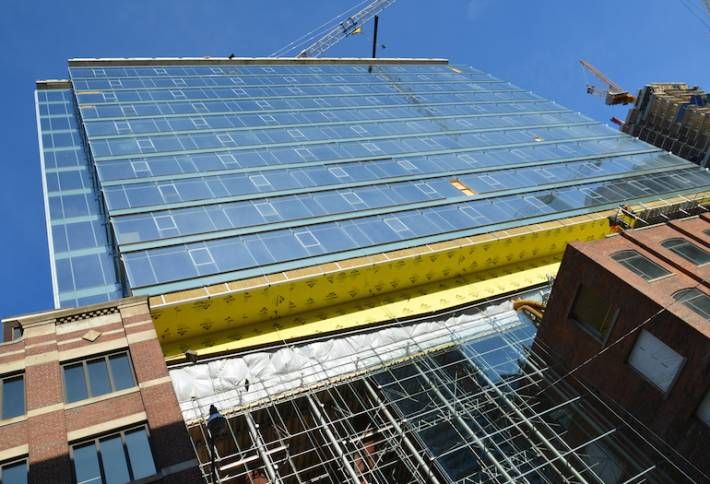 Michael had the vision to build a new structure above the old, and Sweeny &Co Architects brought it to life. The initial concept was for four sets of four columns supporting each corner of the glass box that would sit atop heritage buildings at 134 Peter St and 364 Richmond St W (seen under construction). But engineers proposed “pinching” the columns at mid-point, a solution to better stabilize the new structure that “is infinitely more attractive,” says Michael. Those large white columns, visible through QRC West’s glass-lined base (below), have been a serious conversation piece. “My hope is that lobby will become a Toronto landmark." 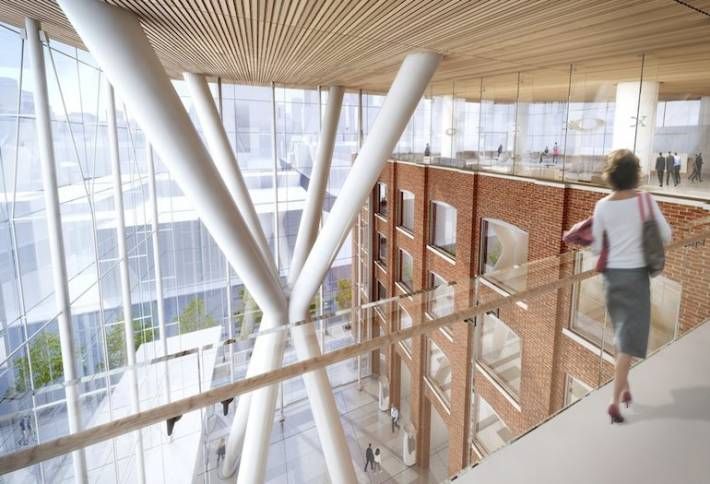 In addition to luring architecture gawkers, QRC West is drawing tenants. Arc Productions, Sapient Canada and eOne (whose signage adorns the top of the glass box) have taken occupancy in recent months, and the ground-floor space has been leased to Ricarda’s, a new-to-TO restaurant/bar. The 350k SF LEED-certified project is now 95% leased, Michael says, and with that, Allied has no large blocks of available office space across its entire TO rental portfolio (leased area at end of Q3 was 96%). It's currently working to secure pre-leasing deals for a host of projects it aims to deliver by 2018. 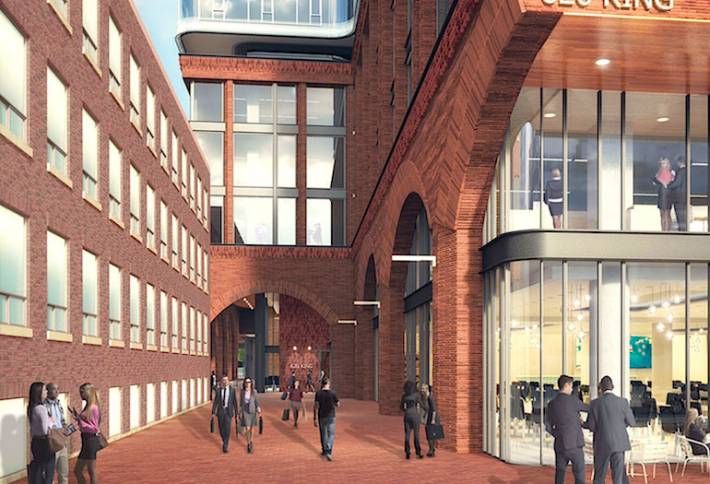 This includes Phase 2 of QRC West, as well as King Portland Centre (above), a mixed-use project with office and rental apartments that Allied's developing in a JV with RioCan REIT. “This time we’re building a new structure but integrating it horizontally with an older structure,” Michael notes. There’s 19 Duncan, a JV with Westbank that includes a revamped heritage building incorporated into a new tower with retail, offices on the first five floors and rental apartments above. Allied is also “very actively” leasing for longer-term developments, including Union Centre, a 48-storey office tower at Front and York, and 410 Front at The Well, part of the Globe and Mail site redevelopment. 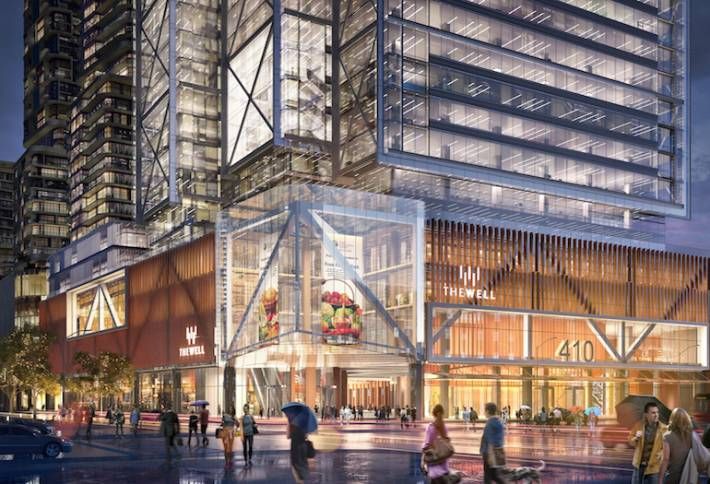 The Well (above), a JV with RioCan REIT and Diamond Corp, will comprise 1.4M SF residential, 500k SF retail and 1.1M SF office. While zoning is being finalized, and Michael says the development is generating “strong pre-leasing interest,” they won’t be in a position to initiate construction until at least 2017. Meantime, would-be tenants can always head over to Richmond and Peter to soak up Emory's award-winning adaptive reuse savvy. QRC West allows "others to visualize what we’re going to be able to create (at The Well).”