The cranes dotting the Toronto skyline tell the story: the city is awash in construction, whether it’s funky condo buildings or sleek office towers. Here are five downtown projects we’re watching this summer. 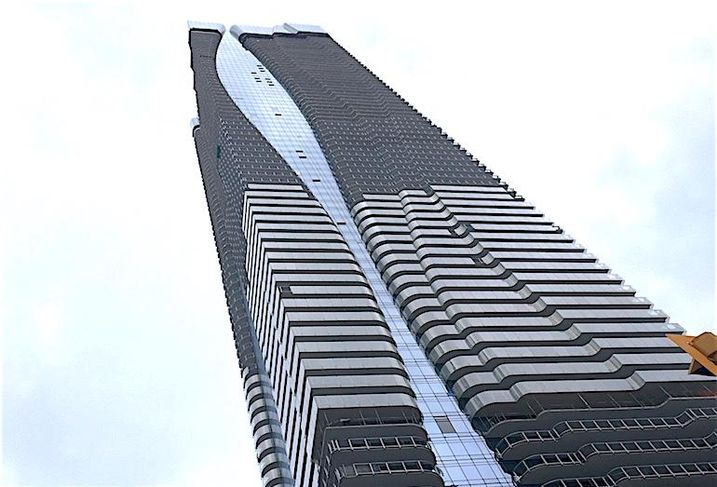 Coolness: The city’s crossroads at long last boasts some architectural intrigue as this 76-storey landmark—Great Gulf’s flagship—nears completion. The undulating tower will have 732 condos atop a 100k SF podium, anchored by Nordstrom Rack. One Bloor’s sloped roof nicely contrasts with surrounding boxy towers, and fritted glass balconies pinwheel around the tower, giving it nice curves. 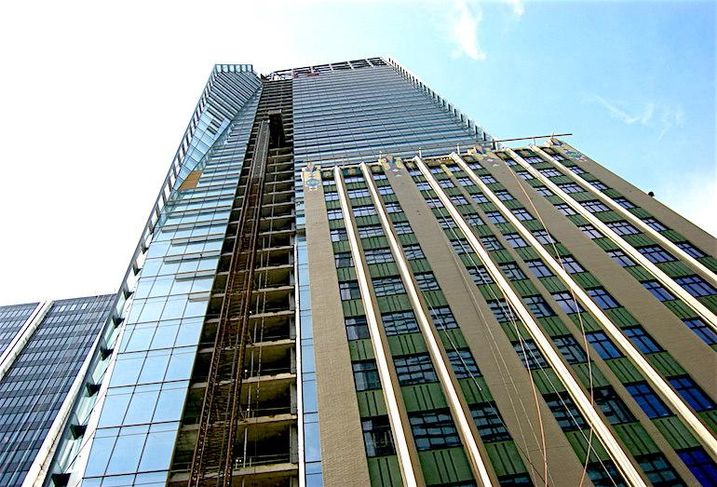 Coolness: This 40-storey office tower—anchored by Ernst & Young and the new home for the OMERS family—pays homage to history by incorporating cleaned-up façades of the 1928 Concourse Building, which previously occupied the site. The rest of the structure—Phase 3 of Richmond Adelaide Centre—looks to the future, with an angular glass curtain wall and distinct shard-shaped top. 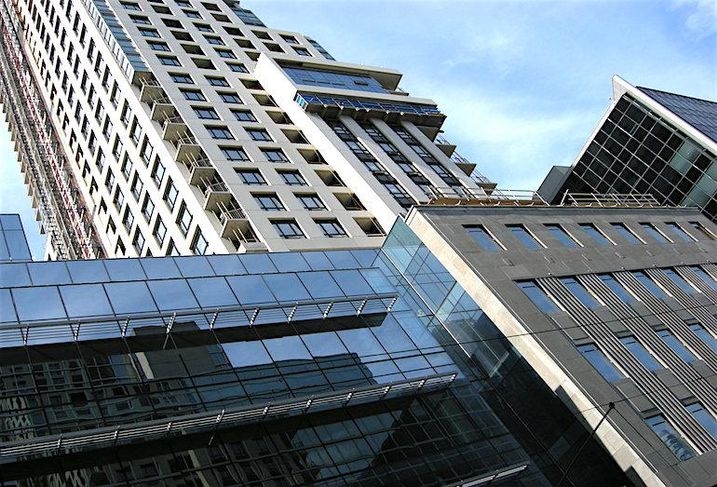 Coolness: A 58-storey condo tower, 88 Scott will figure prominently in the Financial District's foreground. The development includes 20 Wellington St E, an office-retail building that’ll be Vancouver-based Concert’s TO HQ, and it features façades from the 1950s insurance company building that sat on the site: its limestone blocks were taken down, catalogued, cleaned and reintegrated. 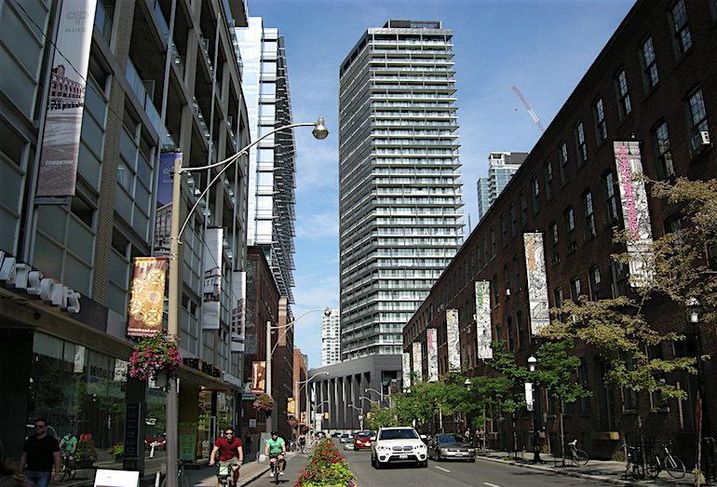 Coolness: Tableau, so named for its table-like podium—a four-storey canopy highlighted by a colonnade of columns running along Richmond Street West—is an Entertainment District stand-out. It's 36 storeys, with a 410-unit condo tower sitting on top of the table, and 25k SF of office and retail housed below, behind reconstructed façades of an old warehouse building. 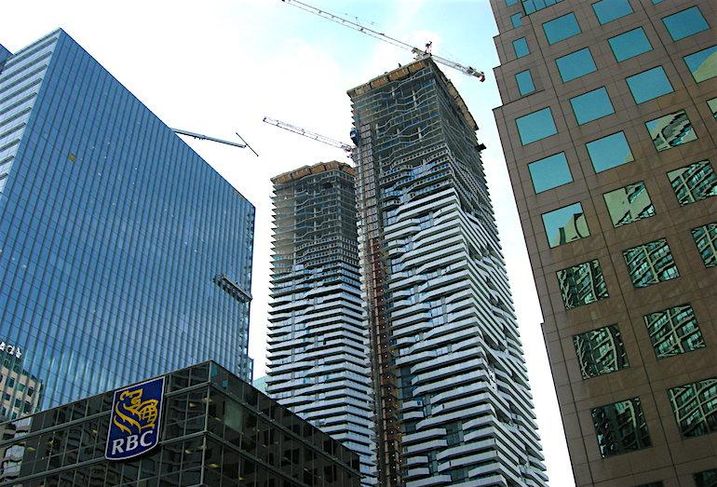 Coolness: Boasting balconies as sculptural elements, the towers are rising toward their ultimate heights of 65 and 69 storeys (with 1,250 condo units). They already make an eye-catching addition to the rapidly evolving South Core skyline. A four-storey podium will house a grocery store. The project also includes office tower One York, anchored by Sun Life Financial.