U.S. Assistant Secretary of Commerce for Economic Development Dr. John Fleming will be in Miami this week, joining Mayor Francis Suarez for a two-day summit on opportunity zones with a slew of federal officials. Fleming, a former coroner, doctor and congressman, was appointed to his post by President Donald Trump in March and spent much of this year on a "listening tour" regarding the new program. 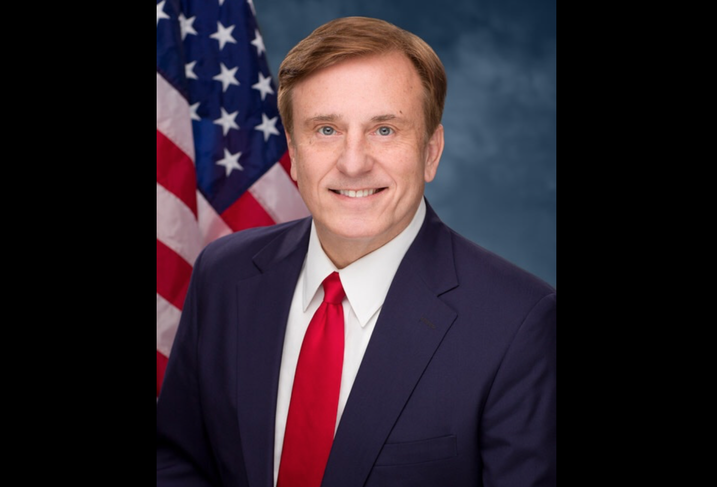 Fleming also serves as head of the Economic Development Administration, to which Fleming said opportunity zones are so integral to the mission that they were added to the agency's four existing priorities.

The EDA began in 1965 with the mission to stimulate private investment and help economically distressed communities. Fleming said for every dollar it grants, it prompts $15 of private capital investment. It tries to remove obstacles and create stacks of incentives so that those dollars can be leveraged,  perhaps at 30-to-1 or 50-to-1 "or even a thousand to one," Fleming said.

To that end, Fleming has been encouraging state and local governments to offer their own opportunity zone tax incentive packages on top of the federal incentives to sweeten deals for developers and investors. In an article he wrote for Fortune magazine this week, Fleming cited Ohio as an example for other states to follow after Gov. Mike DeWine included a 10% additional tax credit for investors in the state's opportunity zones in next year's budget.

Fleming told Bisnow that he hasn't spoken directly to Florida Gov. Ron DeSantis about it, but that they were friends in the House of Representatives, having co-founded the House Freedom Caucus.

The opportunity zone program, created via the Tax Cuts and Jobs Act of 2017, offers tax breaks to people who realize capital gains and reinvest them in certain census tracts considered low-income. There are more than 8,000 tracts around the country, chosen by each state or territory's governor and D.C.'s mayor.

"We know there's a lot of excitement among real estate developers," Fleming said. "If you sell an investment you're going to have to pay capital gains, 20% right off the top. That 20%, you can't get return on benefit when you reinvest your money. The whole idea behind opportunity zones is to make money off that money as long as you can. It's the time value of money. You come out with more money in the end."

The program was initially the talk of the real estate world, but interest has cooled as investors have been wary of having to meet certain requirements — such as deadlines and long holding periods — to reap the full tax benefits.

This spring, Brett Messing, president of SkyBridge Capital, which is raising an OZ fund, told Institutional Investor that “opportunity zones are like high school sex. Everyone is talking about it, but nobody is doing it.”

That's not quite true, plenty of investors are taking advantage, particularly in South Florida. CIM Group, which launched a fund targeting $5B for opportunity zones, is already deploying some of its capital and Bridge Investment Group's opportunity fund has already deployed more than $500M in eight cities. Skybridge is funding the development of a trendy hotel in a New Orleans opportunity zone.

The law doesn't require tracking of qualified opportunity funds or their performance, but a CoStar report from July identified 160 funds targeting commercial real estate that collectively raised $1.59B, or about 10% of their stated goal.

Fleming said he has no influence over the program rules, which the Treasury Department has been tweaking.

"They're in a totally different department. We have no inside info on rulemaking. Of course, we are closely observing it," he said. "As best we can, we are collecting data and tracking them."

His agency will be launching a website with data on existing funds and projects.

There have been plenty of vocal skeptics over opportunity zones. Deadlines built into the program require people to be invested by the end of this year to get the greatest tax benefit. Thus, investors have sought projects that were already approved and shovel-ready — not new investments into otherwise undeveloped areas. Critics saw that as an unnecessary giveaway to developers.

Many of the dollars are being used to fund luxury projects, and some of the country's wealthiest developers have seen the benefit. Furthermore, gentrification in the zones has the potential to displace long-term residents, in many cases, poor families and people of color.

The built-in deadlines may have been unintended effects, he conceded.

"When you pass a tax bill, you base it on a 10-year window," Fleming said. "Congress can always extend these deadlines.

"Investors and developers, will they go to the low-hanging fruit first?" he said. "If you think about it, they want to reduce risk, and get the best return, but they also want to do good in the process."

He described successful projects in Cleveland; Birmingham, Alabama; and Lubbock, Texas; that accomplished both goals. Fleming said to consider the mindset of the investor class.

He imagines OZ investors saying, "I put money in. I like what I see ... jobs created, people elevated in life with better income, better opportunities. I think I'll invest twice as much or three times as much."

Fleming in the 1980s invested in Subway and UPS franchises, and shopping plazas, but said he hasn't "yet dipped my toe in" and personally invested in opportunity zones.

"I'm a little bit risk-averse," he said. "I'm definitely open to it, I just — that's the neat thing about this. I want to do good while I am doing well. It goes to the whole idea of impact investing."