How CIM Group Plans To Spend Its $5B Opportunity Zone Fund

CIM Group earlier this year launched one of the nation's largest opportunity zone funds, targeting a $5B raise, and one of its fund managers Friday shed new light on how it plans to deploy that capital. 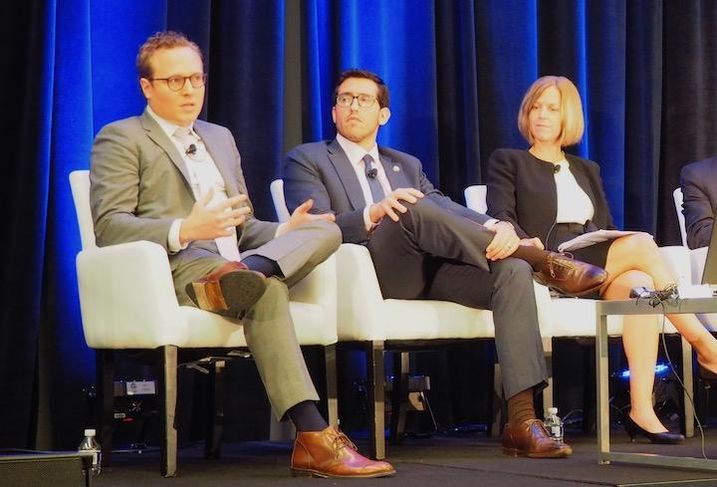 CIM First Vice President of Portfolio Oversight Garett Bjorkman, speaking with Bisnow after his panel at the Urban Land Institute's Fall Meeting in Washington, said the firm is looking at opportunity zone investments in the Atlanta, Oakland, Los Angeles and Dallas regions, and specifically in Dallas' Deep Ellum neighborhood.

Bjorkman didn't disclose how much the fund has raised or detail the exact real estate projects it has planned in those markets, but he described the strategy CIM Group is planning in the opportunity zone areas it is targeting. He said the firm plans to cluster investments in individual neighborhoods to create a critical mass of amenities, such as housing and grocery stores, that can increase property values in the area.

"We are thinking about those communities holistically and take a community approach to activating these areas," Bjorkman said. "Without having that community approach, it really hinders your ability to take advantage of this program."

The most advantageous part of the program, Bjorkman said, is that investors can receive a full tax exemption on the appreciation of an asset that they hold in an opportunity zone for 10 years. This incentivizes them to do deals that increase the value of the neighborhood over the long-term, he said, and the overall appreciation will give investors a much greater return than they achieve from the program's tax benefits themselves.

"To us [opportunity zones] give a 250 to 300 basis point [benefit] on a typical ground-up development deal after tax-accretive yield on 10-year hold, but what's really important is understanding those dynamics of how it's allowing you to activate communities and drive that before-tax return that we’ve found to be the most important area of focus," Bjorkman said. 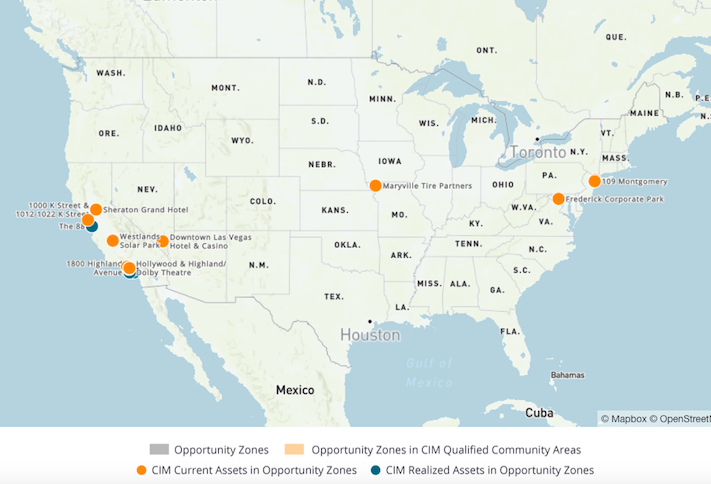 The one example of an opportunity zone project Bjorkman gave during the panel was a 20,000-acre solar panel project in California's central valley. He said CIM and its partners put the property under contract in 2014 but had yet to close on the deal and were still in the market for investors in the project when the opportunity zone program was introduced.

"When this legislation came out, it really opened the door to a funding source to capitalize this project much quicker than we had ever anticipated and be able to deliver clean energy in California when California is seeking new ways to go beyond fossil fuel energy," Bjorkman said.

CIM Group has experience investing in the designated opportunity zone areas before the 2017 Tax Cuts and Jobs act created the program. The firm has invested in over 40 places that eventually became opportunity zones throughout the country since 1994, and it currently controls over $3B in assets in opportunity zones, the company said. 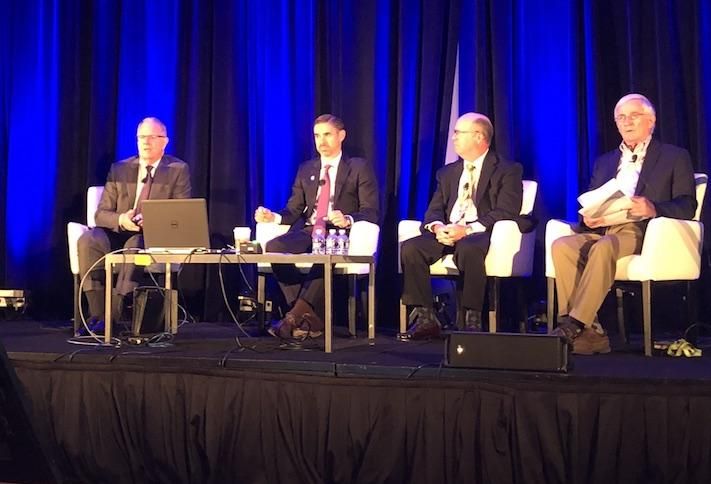 CIM is not the only firm with large holdings in opportunity zones that discussed its plans at the ULI conference, which was held at the Walter E. Washington Convention Center in D.C.

Avanath Capital Management President and Chief Investment Officer John Williams, speaking on a panel Thursday, said the firm looked through its portfolio after the opportunity zone designations were released to see if it could utilize the program. In April, Avanath announced the launch of an opportunity zone fund.

The problem Avantath faced, he added, was figuring out strategies to significantly improve the property, which would make it eligible for investment through a qualified opportunity fund.

"How do you double the basis in a prudent way on any of those assets?" he said. "We identified four assets that had the opportunity to do it and had adjacent land or density that you could add units."

Williams detailed three of those projects in Cary, North Carolina, Orlando, Florida, and Ontario, California. Each of them are existing affordable housing properties — the Ontario property is age-restricted for seniors — and all three have the opportunity to add density. The developer plans to add 200 new affordable units in Cary, 100 affordable units in Orlando and up to 120 units in Ontario.

"All of these assets will remain affordable, and we will add new affordable units," Williams said.

"There has been a lot of tax noise around it, and I think with the latest set of guidance that’s come up, it put a lot of noise to rest," Bjorkman said. "We can finally talk about investments."

The program will reach a deadline at the end of this year, after which the tax benefits will be reduced, but that does not mean investors can't pour money into opportunity zone deals next year. Given that he believes the greatest benefit comes from the appreciation of the opportunity zone investments, Bjorkman said he expects investment to heat up next year once firms have a solid understanding of the program and have had time to find good deals.