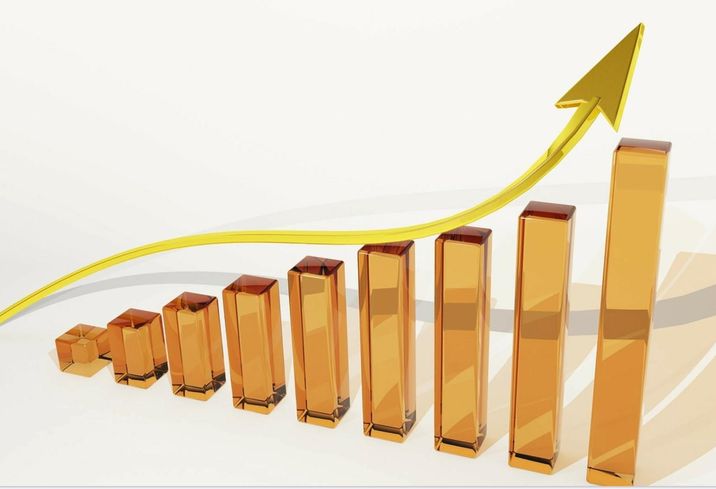 Just about a year after 8,700 census tracts across the U.S. were designated as qualified opportunity zones, those zones have had a rush of investor interest.

Property sale prices in opportunity zones have risen by 20% since they were chosen by state legislatures in April 2018, according to a new Zillow study reported by World Property Journal. That stands in stark contrast to the census tracts that were eligible to be selected based on 2010 census income data but weren't. Those left-behind properties saw their sale prices slow in appreciation, as did ineligible tracts.

Though certain deals are simple enough to be considered safe, many expect investment to really take off once the regulations surrounding opportunity zone investing are finalized. The first wave of guidance was released in October, halfway through the period Zillow studied, with the first comment session being held on Feb. 14 and two more rounds of regulation expected but not scheduled.

Investor interest has been robust, as reflected in the myriad giant private equity funds that have been launched to take advantage, but Zillow analysts echoed fears that an oversized portion of investment would flow toward communities already in the process of growth without the help of the tax break. 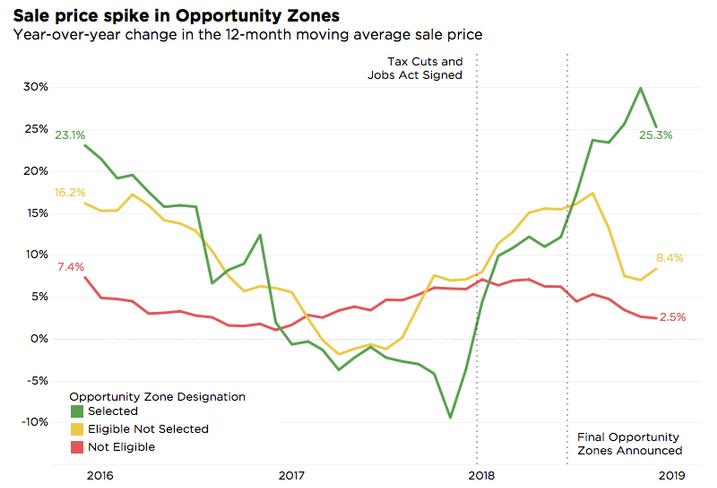 Zillow Economic Research
Property sale prices have diverged in the past year based on which census tracts were designated as opportunity zones.

Using a variety of factors like population and income growth and transaction volume, Zillow ranked opportunity zones based on their likely appeal to investors. Five of the 10 most enticing zones, according to that analysis, sit within New York City, and the majority of the list's top 50 census tracts are in neighborhoods that have already seen major growth since 2010, when the income data used to designate OZs was gathered.

The most appealing opportunity zone, according to Zillow, sits in the Brooklyn Heights neighborhood, one of four top-10 zones in Brooklyn. The fifth New York zone to crack the top 10 is in the Queens neighborhood of Astoria. Other highly ranked zones lie in areas like the Wayne State University area of Detroit, Historic Waverly Place in Nashville and the Charlestown neighborhood of Boston.

Opportunity zones in and around Boston averaged the highest ranking in Zillow's analysis across U.S. metro areas.