During Art Basel, Attention Shifts From Wynwood To Allapattah

It's time for Art Basel, America's premier contemporary art fair, which means that collectors and celebrities will be flying in from everywhere and fanning out all over Miami for parties and gallery shows.

Billionaire developer Jorge M. Pérez, the chairman and CEO of Related Group and a serious arts patron, is opening a new, 28K SF art museum this week — and it's not in Wynwood, which has been the epicenter of the city's art scene for two decades. 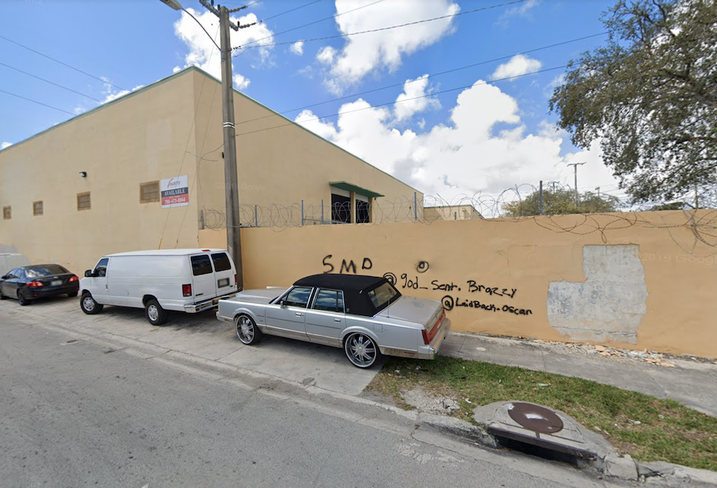 Rather, it is in an industrial, working-class enclave of Allapattah. Pérez's museum, El Espacio 23, is located at 2270 Northwest 23rd St. and it is where he will display works from his own collection. It is just one of the notable developments taking shape in Allapattah.

Art collectors and hoteliers Don and Mera Rubell are also opening their 100K SF Rubell Museum in the neighborhood this week. Allapattah's Miami Produce Center warehouse has been reimagined by Danish "starchitect" Bjarke Ingels, to include a futuristic mixed-use development on stilts.

All of this has long had locals alternately hoping and fearing that it will be the next Wynwood, with all of the price appreciation and gentrification that entails. Allapattah's commercial district used to be a train corridor that ran through Wynwood and ended in a railyard that is now the Midtown Miami development, complete with apartment towers, a Target and a Marshalls. Rents in Wynwood have gone from $100 per SF six years ago to about $600 now, The Wall Street Journal reported.

Whereas Wynwood's redevelopment was envisioned and kicked off by one developer, Tony Goldman (who also sparked massive turnarounds in New York's SoHo, South Beach in Miami Beach and 13th Street in Philadelphia), the evolution of Allapattah is a bit more scattershot.

Artists have been fleeing Wynwood's rising rents and settling among Allapattah's working-class and ethnic restaurants for at least a decade. For a time, real estate marketers tried to piggyback on Wynwood's cachet and brand Allapattah as the "WOW" district, for West of Wynwood.

Gentrification is thus a hot topic. Pérez told WLRN that prices in Allapattah have more than doubled since he bought his property and acknowledged that displacement would occur, but said "those are the dangers of living in a free society."

He compared the area to New York's Meatpacking District — which Google has transformed into a hub of tech workers and one of Manhattan's priciest markets in a matter of years.

"In any type of neighborhood change, such as the one that I think will happen in Allapattah, there will be winners and losers," Pérez said. "So the people that own their house, even though they're modest around here, all of those will win, in the sense that the prices of their homes will go up. The ones that will lose are the ones that are renting and probably their rents will also go up."

Median household income in Allapattah hovers around $22K. Mileyka Burgos, an activist with the Allapattah Collaborative, told the Miami New Times that 80% of the residents rent, while many properties are owned by foreigners and LLCs as investment vehicles.

"I know a lot of business owners whose leases are not being renewed because the owners want to sell," she said. "We need to take a deeper look at how those investments are affecting the community and the people, because we can't continue to displace people from one place to another. Where is the working class going to live?"