Even though it’s blanketed with auto repair shops, printing presses and little taquerias, Miami’s busy, grungy Allapattah area has been dubbed as the "next hot neighborhood," words that excite real estate speculators and give residents anxiety. 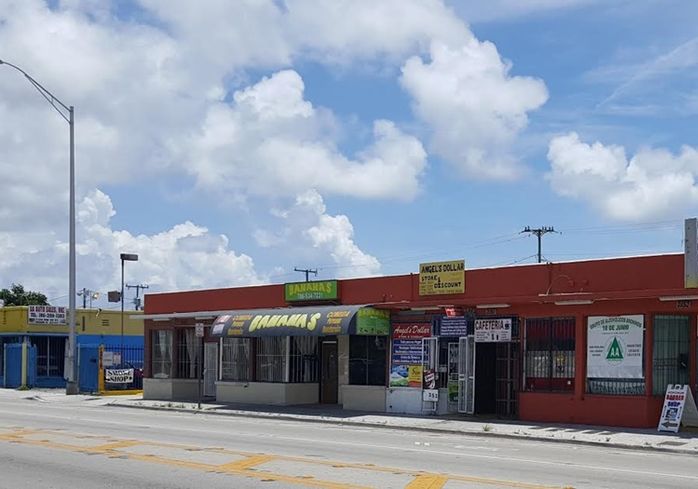 Courtesy: Southeast Management and Consultants
Some of the retail stores in the Allapattah assemblage purchased by an investor from the Dominican Republic.

At a panel discussion Tuesday (which was sponsored by the Allapattah YMCA and supported by the Greater Miami Chamber of Commerce’s Real Estate and Workforce Housing committees), developers, politicians and community members talked about their hopes for the area.

Miami Mayor Francis Suarez said he was sensitive to residents and church groups who are worried about gentrification.

“One of the biggest fears they have is that it becomes a WOW District … for 'West of Wynwood,'” Suarez said.

Allapattah is next to Wynwood, Miami’s quickly gentrifying art district, but separated from it by Interstate 95. Allapattah stretches from I-95 to the east to Northwest 27th Avenue to the west, and north-south between I-195 (also known as the 112) and south to I-395 and the Miami River.

The WOW nickname has been used since at least 2008, when an art gallery that could no longer afford Wynwood’s exploding rents opened a studio on NW 31st Street and Seventh Avenue and called it OHWOW, for “Our House West of Wynwood.” Some real estate professionals started using the phrase to market the area.

“Allapattah isn’t west of anything,” Suarez said, adding that some officials had helped fight off that attempt at branding. “Allapattah is Allapattah.”

OHWOW moved to Los Angeles, but other artists crept west to Allapattah. The owner of the Butter Gallery in 2012 bought a building at Northwest 29th Street and Seventh Avenue and promised tenants, like Panther Coffee and Wynwood Radio, that he would never raise rents. Miami’s art-collecting Rubell family had for 20-plus years kept an art collection in Wynwood, but in 2016, announced it would migrate to Allapattah instead.

Also that year, Robert Wennett, who famously hired Herzog & DeMeuron to design an open-air parking garage with a penthouse on top on Lincoln Road (then sold it for $283M), paid $16M for the Allapattah Produce Market, where he eventually plans to build a mixed-use complex (on stilts) designed by celebrated Danish architect Bjarke Ingels.

Around the same time, another well-known Miami speculator, Michael Simkins, invested $3.58M to buy a warehouse in 2016. One luxury real estate broker started an art magazine and a “mural festival” to bring in street artists and add flair to buildings. 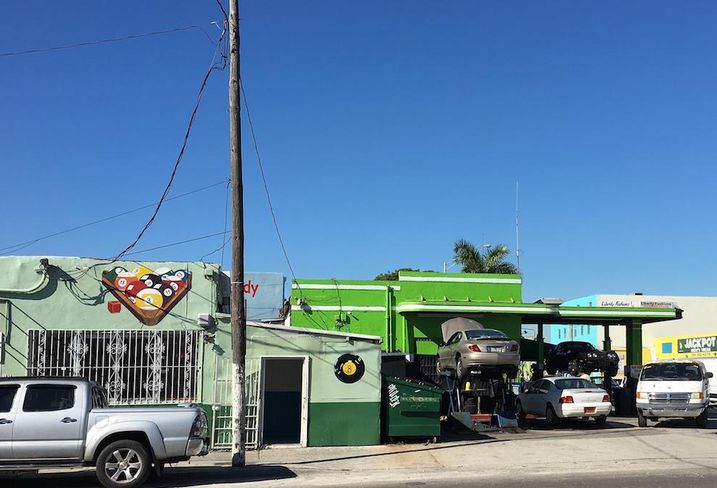 Since then, more trendy operations have been creeping in. Although Allapattah is still dominated by industrial uses, one block has been assembled as “The Collective,” featuring studio space for artists, a tattoo shop and a record store. A UBS bank senior vice president opened the Les Ailes Du Desir circus school in 5K SF.

At Tuesday’s panel, Lyle Stern, known for bringing national retail tenants to Lincoln Road with his Koniver Stern Group, said, “I had no idea where Allapattah was” just a few years ago. After hearing of the Rubells and others coming west, he bought up six or seven properties with family and friends. He imagines the area transforming from industrial to trendy, like Chicago’s Fulton Market or New York’s Meatpacking District.

On the southeast edge of Allapattah, along the Miami River in what is known as the Health District because of its proximity to Jackson, developer Andrew Hellinger's Urban X Group is in the middle of construction on the $425M River Landing, which will have 529 apartments and approximately 345K SF of retail, including tenants Publix and Burlington Coat Factory. Hellinger has said that sales per SF of commercial space in Allapattah has increased from $58.40 in 2014 to $275 in 2018, per Colliers.

Hellinger said he was inspired by Allapattah’s foot traffic and the possibility of providing housing for residents who work in the Jackson Health District, where the average worker makes about $80K. He said he is planning his rental units to be affordable for workers making about $55K, though.

Miami City Commissioner Willy Gort said even that is ambitious for Allapattah’s current residents, who make more like $25K to $30K.

"To be frank, there's a lot of skepticism. I've seen my childhood friends priced out of Wynwood," Allapattah Neighborhood Association President Pat Gajardo said of all the incoming development. "I'm all for beautifying my neighborhood, but at what expense? At what cost?"