Inside Google's Impact On NYC's Chelsea And Meatpacking District

How did Chelsea and the Meatpacking District go from an area full of run-down warehouses to Silicon Alley’s beating heart in the span of about a decade? We figured a good person to ask was the guy who initially brought Google to 111 Eighth Ave back in 2005. 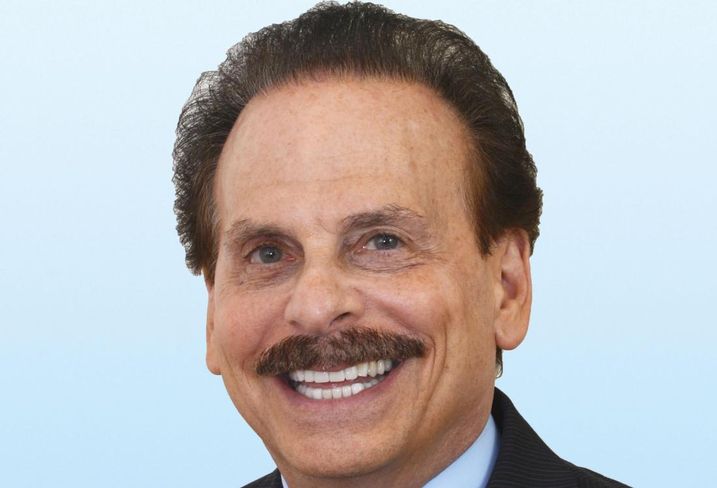 That’s Colliers International’s Bob Tunis. He’s happy to take some of the credit, but says it goes farther back than the current tech boom, or even the one before that. The earliest roots of Silicon Alley weren’t even about tech companies, he says. What better way to illustrate it than a World War II analogy?

“The war didn’t start with the invasion of Poland,” he says. “It really started with the Treaty of Versailles, 20 years earlier. That’s what sowed the seeds.”

Silicon Alley’s Treaty of Versailles, Bob says, happened three years after the introduction of the Apple II, in 1980—and it had nothing to do with computers.

A prominent advertising firm, Geer DuBois, was facing a rent hike from the low-teens per SF to $45/SF for its 40k SF space at 1 Dag Hammarskjold Plaza in Midtown East, according to a New York Times article at the time. The firm packed up and moved to 114 Fifth Ave in the Flatiron District. It dropped about $1M into sprucing up the space—which only cost $10/SF. Ah, the '80s.

“People looked at it almost like if the New York Stock Exchange had moved up to Westchester,” Bob says of the initial reaction to moves like Geer DuBois’.

But soon, more ad firms moved south and made the area palatable as an office destination. Saatchi & Saatchi made waves when it signed an initial 395k SF lease at the then brand-new 375 Hudson St in 1985.

The spigot had opened, it was aimed downtown, and advertising tenants flowed out of it.

But it wasn’t a forgone conclusion that tech would follow. And it didn’t—at least not initially. Bob repped Apple on a lease in the late ‘80s, on a move from 520 Madison Ave to a nearby Midtown building.

He says at that time, tech, like so many industries, favored Midtown’s transportation access, its relatively newer building stock and its prestige.

Fast-forward to the first dot-com boom of the late ‘90s and early 2000s. With advertising firms ever more entrenched in areas like the Flatiron and rents still well below what could be found in Midtown, the dot-coms were not concentrated in any one part of town. 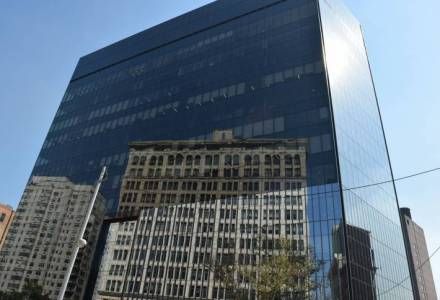 The ones that could afford Midtown space were in Midtown, like IBM, which owned its 43-story headquarters at 590 Madison Ave and sold it for $320M in 1994 to a JV that included Edward Minskoff.

(If IBM and Minskoff in the same sentence has a ring to it in 2016, it’s probably because IBM’s Watson division now has 144k SF in Miskoff’s 51 Astor Place, among the only ground-up office buildings to be built between 14th and Canal in recent years.)

As Google scaled up its New York operation in the early 2000s, the relatively small floor plates in the sublet they had at 1440 Broadway were clashing with the culture the company wanted. But they weren’t intent on moving to any particular part of town; Bob says he offered them sites all around Manhattan.

“They did not say ‘please get us space near where the Highline is going to be in 10 years,’” Bob jokes.

The Meatpacking District in those days wasn’t defined by chic clubs by night and upscale shoppers and office workers by day. Rumor has it there was even some actual, literal meat still being packed in the neighborhood—but you didn’t read that here. 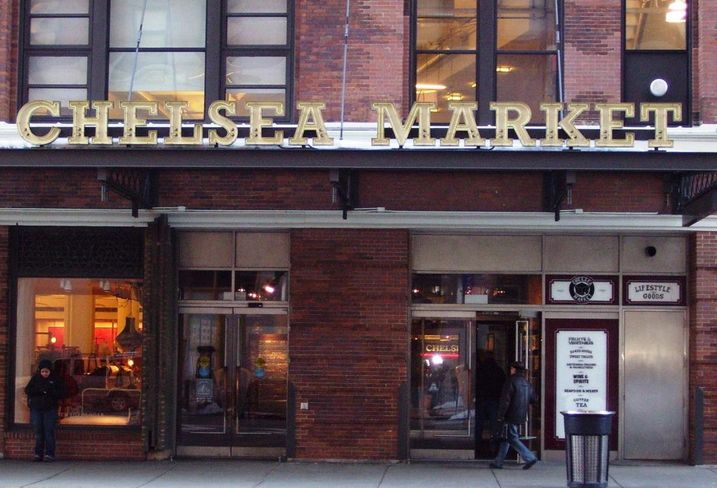 Ross Goldenberg, who’s now co-CEO of SiteCompli, a compliance monitoring platform, worked at an internet service provider called United Online in the early 2000s. He tells us it was dicey at night and that many of the warehouse buildings around the company’s office at Chelsea Market were abandoned.

But part of the reason they didn’t mind the rough-around-the-edges character of the neighborhood, according to Ross, was its proximity to data centers and access to fiber-optic cable that you didn’t find in many parts of town.

Across the street from Chelsea Market, at 111 Eighth Ave, a 150k SF block of office space opened up in 2005. Bob says after he showed it to the folks from Google, the search was over as far as they were concerned.

“There are truly times in this business when you have a No. 1 choice, and no No. 2,” Bob says. “This was one of those times.”

By the mid-2000s, tech companies were realizing that large floor plates were among the keys to scaling in a smart way. They make it easier for different departments to interact than if they were an elevator ride away from their colleagues.

And if more space opened up on the same floor, it would be an easier transition to move into it than expanding vertically. At up to 200k SF and stretching clear from Eighth to Ninth avenues, there are no bigger plates to be found in Manhattan than at 111 Eighth.

Taconic Investment Partners owned the 2.9M SF building before selling it to Google for $1.9B in 2010. We reached out to Taconic co-CEOs Charles Bendit and Paul Pariser, as well as to CBRE’s Brian Gell, who was the building’s leasing agent back in 2005, to get their take on bringing Google to the building and on its eventual sale to the tech giant. Charles and Paul declined through a spokesperson, and Brian did not return our calls.

Once Google was in, the company grew even faster than anticipated, eclipsing its projected head count. It took even more space. Pretty soon, the building had none left.

Bob says he found himself cold-calling every tenant in the building, asking if they’d sublet or accept a buyout on any of their space. One day, he got a call from Google with a request for 3k to 5k SF in the building—ASAP. But there wasn’t any space.

After some poking around, he found that Verizon had 23,500 SF that it was prepared to sublease, but the space was full of mechanical equipment, the windows were covered, and any sublease was on the condition that the space go as a complete block, and not be chopped up.

After a deal between Google, Verizon and Taconic, it would become Google’s now-famous dining hall. 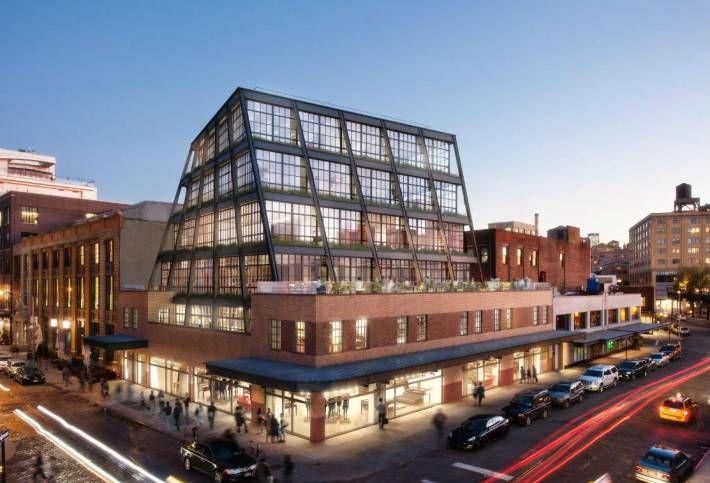 By 2010, piecemeal expansion within the building had run its course and Google cut its deal to buy the building.

Taconic would put some of the money from the sale into nearby assets, like 837 Washington St, which it picked up in a JV with Thor Equities for $55M in 2011.

After a getting a futuristic four-story addition, that building is now home to a flagship retail store for Samsung with office space above. It offers a case-in-point for the impact one company can have in a neighborhood: Last year, Taconic sold it to TIAA-CREF for a reported $200M, nearly four times what it paid the year after Google bought 111 Eighth Ave.

To give a little more sense of how much values have jumped in the area, a thought exercise: What if Google sold the property today? Marcus & Millichap’s Nat Rockett tells us if they were to do a sale-leaseback and keep their footprint as a tenant, paying a market rent to the seller, it would likely result in the highest price ever paid for a single Manhattan office building. (The current record belongs to 11 Madison Ave, which SL Green picked up last year for $2.6B.)

Google has now outgrown its 2.9M SF home, and the area’s growth as a technology, media, advertising and information hub has literally swelled into the Hudson River. Late last year, Google signed a 250k SF lease at RXR and Youngwoo’s Pier 57 project several blocks west and across the West Side Highway.

“It was not at all predictable that Google would end up there,” Bob says, reflecting.

But hindsight is 20/20. And if it ever fails, there's always Google.