This summer the Seattle City Council took a step toward easing the affordable housing crunch in the city, which is filled with single-family neighborhoods.

New legislation eases the rules around building accessory dwelling units in single-family zones, a designation that makes up 60% to 65% of the city. 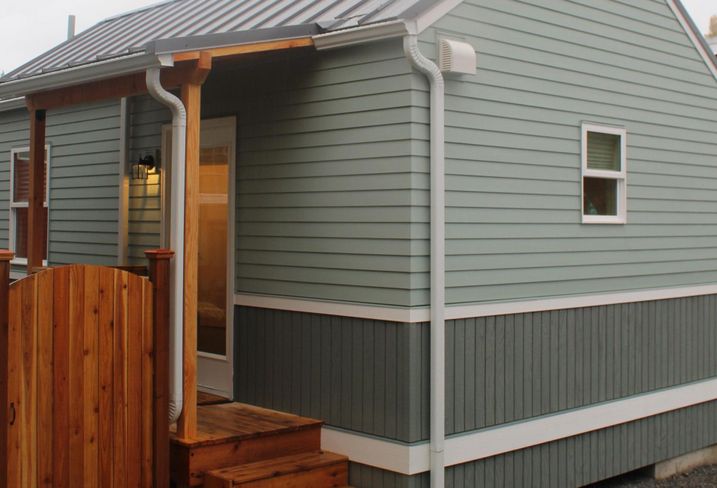 The changes make Seattle’s ADU laws some of the most progressive in the the country, according to the local environmental organization Sightline Institute.

Homeowners can now build up to two ADUs on their property that can be used as rentals, Airbnb's or in-law suites. New homes will be limited to just 2,500 SF. The city also removed parking quotas and the requirement for the homeowners to live on-site. The minimum lot size to develop these units is now 3,200 SF.

Tom Todaro, co-founder of MyKabin, says the new laws will distribute density throughout the city, but the permitting process and cost of building the ADUs is still an obstacle. To mitigate the arduous process of getting permits through the city, Todaro and his partner Clinton Jones said they developed an ADU template that he hopes will become familiar to city officials, cutting the amount of time it takes for permit approval.

“We should be fast-tracked,” he said. “The city will see exactly the same thing over and over. Ideally it would take three months, but right now we are looking at about five months.”

MyKabin features a basic model ADU for several sizes that start at 250 SF up to more than 1K SF.

“I think of them more like a car,” he said. “For the city’s purposes we work with a foundation system and walls that will be unalterable. Then the homeowner can customize the height of the ceiling, how to arrange the interior, etc.”

Having a one-size-fits-all model also cuts the costs, Todaro said.

“In order to make this product affordable we streamlined everything by using technology,” he said.

When discussions about relaxing the ADU laws began in 2016, opponents said the increased density would snarl neighborhood streets with extra cars and may lower property values, according to an article in Seattle Met.

Though Seattle’s ADU rules may be among the most progressive in the country, it isn’t the only municipality making changes.

The city of Seattle is often scrutinized for failing to provide fast, efficient ways for builders to add affordable housing to the market, lacking workforce housing appropriate for those in the $60K to $120K a year income range. Meanwhile, the high percentage of single-family housing in the city contributes to the high cost of land in the commercial districts where zoning allows for multifamily housing units.

Holland Partner Group Executive Managing Director Tom Parsons recently told Bisnow that affordable housing needs to be built as fast as possible. He urged the city to relieve the burden on the process to make it easier for builders to get affordable housing available for those in the working class.

At Bisnow’s recent State of the Market event, BarrientosRYAN co-owner Maria Barrientos reiterated that developers and builders feel under attack by the city when trying to develop affordable housing. She said adding affordable housing within the city’s limits is critical to Seattle’s future and its ability to grow.