One by one, people came in waves to Crate Modular’s open house in Carson, California, to check out the modular company’s newest offerings.

With brochures and model displays on tabletops, rendering videos on televisions and a full-sized unit on the factory floor, the 160 SF and 320 SF detached units made out of recycled shipping containers had all the basics one needs in a tiny home: lighting, windows, a small kitchen with two electric burners, air conditioning and a bathroom with a toilet, bathtub and shower. 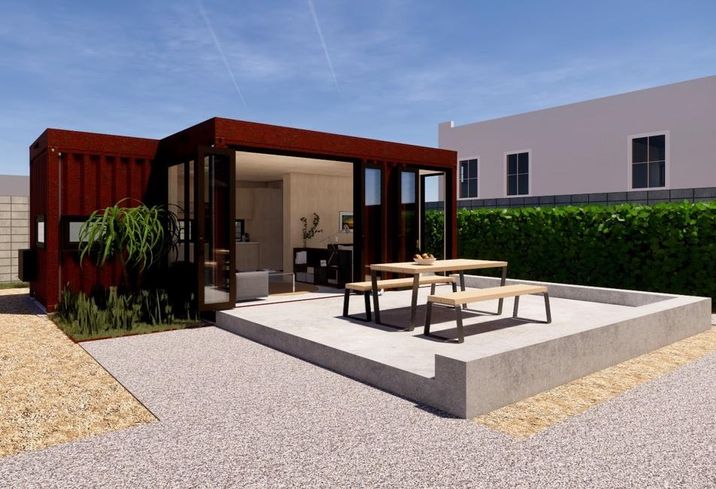 Crate and other construction companies, along with architects and builders, are readying to capitalize on the demand for these so-called granny units, backyard cottages or in-law units.

One organization, California YIMBY, said the new bills could spark a “golden age” of ADU construction across the state, leading to a significant increase in housing supply. This could also make thousands of homeowners into landlords overnight.

At Crate’s open house, more than 150 people showed up to learn more about the ADUs, Crate Vice President of Development Amanda Gattenby said.

“We’re trying to make an impact on the housing crisis,” Gattenby said. “We want to be able to deploy units quickly.”

As California grapples with a severe housing crisis, Newsom’s new laws are an effort to boost the state’s affordable housing stock and help fulfill goals to create 3.5 million new housing units by 2025.

A report from the California Housing Partnership, a nonprofit that provides consultancy service to government and nonprofit housing agencies, said the state is in need of 1.4 million affordable rental homes.

Newsom’s new laws will make it easier for residents with large lots to build these tiny homes on their lot, Lahmon Architects President Mark Lahmon said. In San Jose, more than 120,000 single-family lots can support an ADU, according to Abodu, a company that makes prefab ADUs. In the Bay Area, more than 1M lots could support an ADU.

Under the new laws, AB 68, SB 13 and AB 881, single-family homeowners could apply to build an ADU and a second junior ADU on their property, essentially making the property into a triplex.

The new laws also makes the process faster by streamlining the permitting, reducing fees and removing certain construction rules, including setbacks and the removal of parking requirements, just as long as the owner continues occupying the main property.

“There are too many single-family homes in a city that has outgrown that type of zoning,” Lahmon said. “We need to find ways to densify it. This is an easy and painless situation … It’s a small dent in a much bigger problem.” 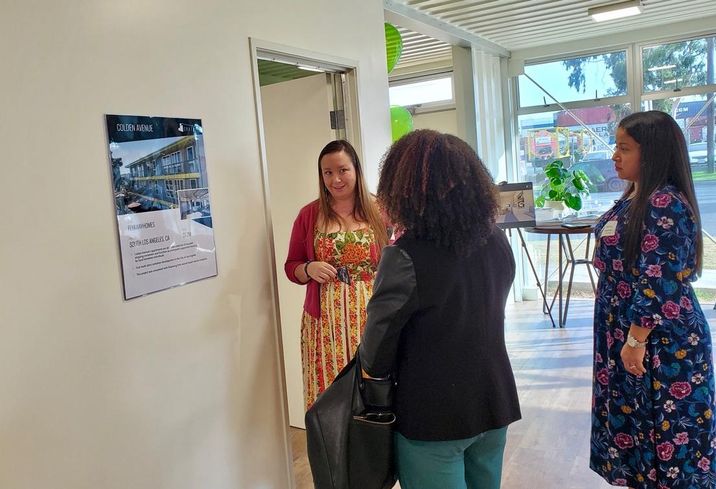 Apartment Association of Greater Los Angeles Executive Director Dan Yukelson said if the ADU trend picks up it could be a great source of additional income for single-family property owners.

However, Yukelson cautions, renting property is not that easy. The moment a second structure is built on a property, Yukelson said, it becomes a duplex.

"My advice to people building an ADU that do not have a great deal of experience in rental housing or being a landlord is that they need to educate themselves on the many regulations that may impact them," Yukelson said.

"It is very important that people jumping into the rental housing business are familiar with how to properly screen renters, prepare a lease agreement, properly and timely take care of maintenance issues, and comply with fair housing laws, among other things."

Yukelson said that being a landlord is highly regulated and "no longer something people should jump into 'cold' without a support system.

"You just cannot 'white knuckle it' these days," Yukelson said.

Yukelson added that ADUs can provide some relief and make sense for the right type of property, but they are not a panacea.

"They do increase neighborhood density and can change the character of neighborhoods that are predominantly zoned for single-family homes," he said.

Still, many proponents of ADUs believe this is a great way to not only make additional income from a long-term renter, but also create temporary rental for Airbnb guests or a home for aging parents.

"It'll be very effective not only by doubling the density on a single-family residence, but to help vulnerable populations stay housed," Crate's Gattenby said.

Crate's prefab modular ADUs range from $45K to $75K. Custom made ADUs are also available. The modular builds are already state-approved. All a single-family homeowner needs to do is go through the streamlined permitting process in their local cities or municipality.

"We really believe in this project," Gattenby said. "By doubling the density you are increasing housing stock. Can you just imagine? If you can double the density, you're not only providing housing to a renter but [homeowners] can also keep their homes longer because they are making additional income."