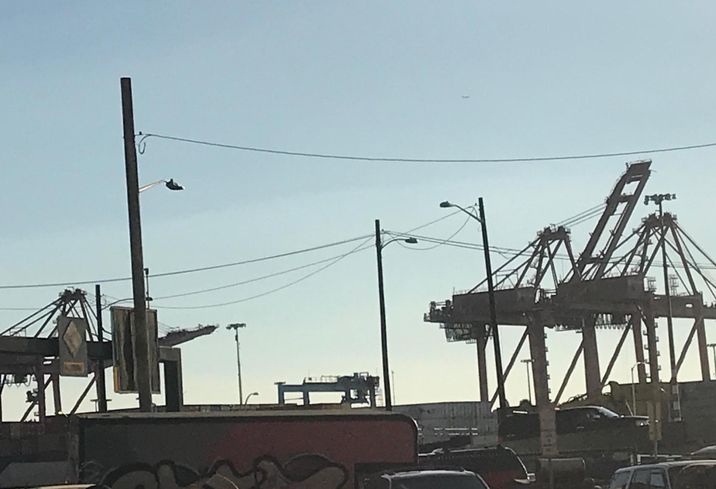 The trade war with China has hit the Northwest Port Alliance hard.

Activity at the ports, which include Seattle and Tacoma, has plummeted. In August, imports were down $2B, or 11%, year over year. Exports to China in the same time frame are down 20.32%, or $509M.

“The U.S. has put tariffs on imports and China has retaliated equally,” said Eric Schinfeld, The Northwest Seaport Alliance's senior manager of federal and international government relations. “We have seen a significant impact in both directions. Exports to China have been hurt more than imports from China.”

The port, which employs about 2,000 but affects some 45,000 Puget Sound jobs, has a major impact on the local economy. It is also a portal to the rest of the nation.

The port alliance is the fourth-largest container shipping port in the country. Goods that move through Puget Sound come from and go on to places like Chicago and the East Coast.

“This will have a national impact,” Schinfeld said.

Many imports and exports go through Sea-Tac, which is also seeing a serious decline. At Sea-Tac, imports from China have dropped 45% from one year ago, which translates into $376M.

So far, Seattle’s commercial real estate economy continues its  strong, healthy pace despite the China trade war. It has yet to be affected, thanks to the continuing influx of high-tech firms and the critical mass of a highly skilled workforce. Developers erect high-end apartments and condos, while retailers gobble up the ground-floor space below. Office vacancies are still low.

“Right now, our economic story for this area is phenomenal,” Holland Partner Group Executive Managing Director Tom Parsons said. “Investors are coming to Seattle from all over the world. There is a lot of venture capital coming in due to the critical mass of the tech community.”

Is it all about Amazon? Yes and no, said Parsons, who will be a panelist at Seattle’s State of the Market event Nov. 6. But the long-term consequences remain to be seen. Businesses have spent years developing these trade relationships, Schinfeld said.

“Now China may not be buying Washington apples,” he said. “They may be buying apples from New Zealand. Those customers don’t just come back after the trade war ends. They have signed long-term contracts. It could take years to recover those contracts.”

On the construction front, this translates into higher material costs, Schinfeld said. And while it’s good news that the planned tariffs didn’t go into effect on Oct. 15, the next round of tariffs set to go into effect on Dec. 15 may hurt worse.

“Those are on the direct consumer goods and consumers will literally see an impact on price tags,” he said.

Another issue of concern is the impact on the international travel from China. “The international visitor is considered a major [piece] of the Seattle economy,” he said.

“There are a number of companies expanding here coming from the Bay Area,” he said.

Holland Partner Group is keeping its eye on foreign relations while making gains on the domestic front: The company recently broke ground on the 2019 Boren project in South Lake Union. The 44-story residential tower will include 410 high-end apartment units. As part of the development process, Holland gave $5M to the city’s affordable housing program through the Housing Affordability and Living program.

“These contributions need to be made,” he said. “The key is to make use of those funds in the most efficient and effective way to convert it into affordable housing as fast possible. The city needs to relieve as much of the burden of the process on the affordable housing developers so they can build it.”