As the coronavirus pandemic drags on, malls continue to face existential threats, including whether rent collection is even possible in the near future.

Experts cite prolonged bankruptcy protections and co-tenancy issues as additional factors that will likely hasten the already accelerated demise of hundreds of malls. 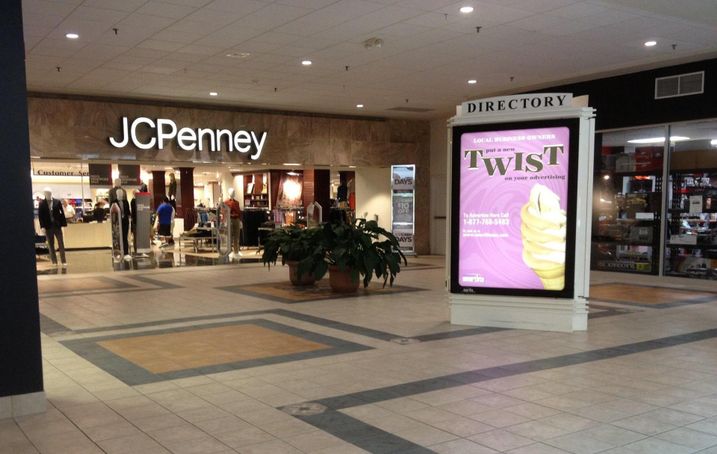 Mike Kalasnik / Flickr
A former JCPenney store at a Bristol, Va., mall that closed in 2017.

“It probably would have taken, say, another 10 years to get the point where it’s going to be probably by the end of this year," said Leslie Lundin, managing partner of LBG Real Estate Cos., an owner of shopping centers in the western United States. "It’s like a bloodletting."

The coronavirus pandemic has brought rent collection to a fraction of what an already declining sector was seeing amid a growing economy. Retail rent payments came out to 66.4% in June, according to data from Datex Property Solutions. Though that figure represents an improvement over the 57% seen in May, it is still far from sustainable for most owners and might not improve much for a while, according to Nick Egelanian, president of retail consulting firm SiteWorks.

Egelanian, who works with mostly shopping center owners, said a very simplified rule of thumb that the mall sector has operated on is about 25% of mall sales going to the landlord, a retailer's operating expenses, suppliers and profits each. Now, with many malls still seeing only about 50% collection, that framework simply can't work, Egelanian said.

"You can’t give 12.5% to each of them because they’ll all go broke," he said. "So now they’re all starting to look at their survival and it becomes a real free-for-all.”

Many retailers that haven't declared bankruptcy are paying just partial or no rent. Nordstrom notified landlords last month of its plan to pay half of its rent. Gap, meanwhile, was sued last month by mall owner Simon Property Group, which alleged the retailer owed it three months of rent and other charges totaling $66M.

For retailers that have declared bankruptcy, landlords are contending with even longer rent payment delays than are normally associated with Chapter 11 proceedings, both Lundin and Egelanian said.

Amid the pandemic, tenant protections during bankruptcy cases may be expanding. Pier 1 Imports was given permission by a bankruptcy court to defer rent payments for a few months. In addition, a court also ruled that a force majeure clause excused a bankrupt Chicago-area restaurant company from most of its rent obligations.

Similarly, 24 Hour Fitness, which filed for bankruptcy last month, is a tenant of an LBG property and has been able to avoid paying rent without yet assuming or rejecting its lease agreement, according to Lundin.

“They’re just not even getting to assuming the lease for months," she said. "In the meantime, they’re going to just push it out as far as they can, especially while they’re not open, because health clubs can’t open, and there’s nothing we can do about it.”

At any rate, mass store closures companies like those 24 Hour Fitness and JCPenney have announced mean big vacancies for mall owners. In all, as many as 25,000 U.S. stores will close this year, Coresight Research predicted last month. The voids left behind by mall anchors like JCPenney could spur a spiral of subsequent vacancies in their wake via co-tenancy clauses, which allow other retailers to break leases or pay less in rent if anchor tenants aren't replaced, usually within a year or 18 months.

Whether the co-tenancy clock starts with a closure or other trigger varies from lease to lease, but most are tied to whether the space is being actually operated from, according to Egelanian.

Two of the country's biggest mall owners, Simon Property Group and Brookfield Property Partners, are reportedly exploring a purchase of JCPenney, which represents an attempt to shore up not only rent collection from anchor space but also occupancy around shopping centers, Egelanian said.

“In the case of anchors, [mall owners] are buying rent, co-tenancy and control over real estate," he said.

Even though the number of retailer bankruptcy filings continues to grow and holes can only be plugged so quickly, control over the real estate and the ability to reposition mall properties will be important, according to Egelanian.

Though retail sales jumped a seasonally adjusted 7.5% in June as stores reopened, July has been characterized by thousands of stores forced to close again, prolonging and worsening the crisis for many malls.

Egelanian said he expects almost every non-Class-A mall will go out of business in the next two to four years.