Bisnow was thrilled to honor the Bay Area’s 50 most powerful women in commercial real estate along with 300 friends, supporters and sponsors at the Sir Francis Drake Hotel in San Francisco yesterday. 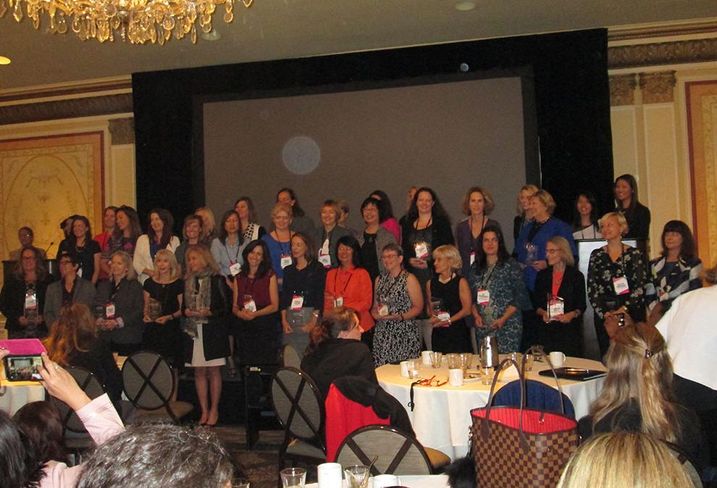 The honorees are innovators, problem-solvers and trailblazers who worked hard to create a space within the profession for themselves and many generations of women to come. 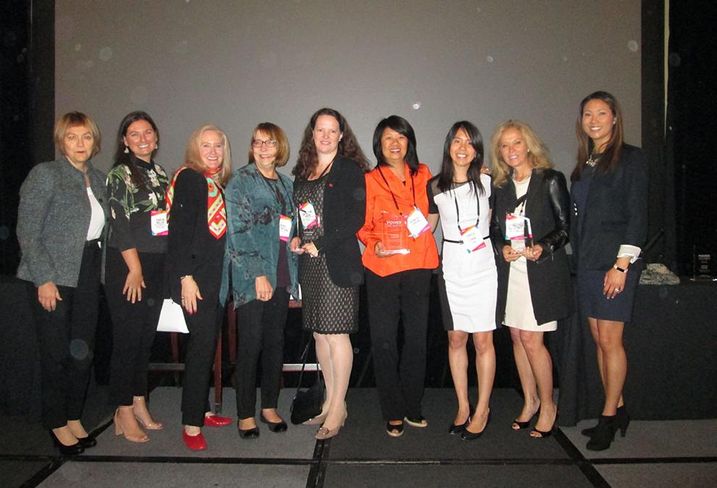 Honoree Allen Matkins partner Nancy Lundeen spoke to the crowd about finding power in "unexpected places." She said it can be within the brash and confident as well as the unassuming personalities. It can be in loud and quiet people.

“Don’t under estimate the power of a good idea that comes from an unexpected place,” Nancy said. 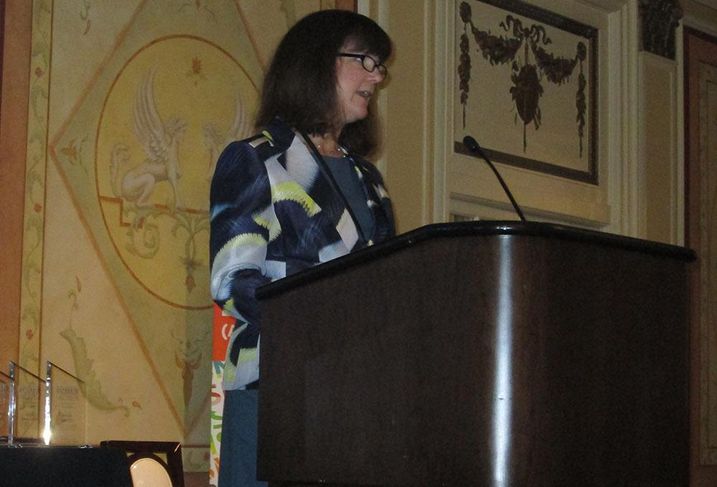 Several of the honorees said they found value and mentorship by connecting with peers either through professional organizations or programs offered on the job.

Honoree and partner at SSL Law Firm Jodi Fedor (above) spoke on how CREW SF is advancing women in the industry. Jodi is president-elect of CREW SF.

She said professional women often have confidence issues and seek security and comfort, often passing off a pitch or deal to someone else because of the perceived risk. She said CREW helps women gain more confidence and provides mentorship and opportunities, making the “leap into risk more comfortable.” 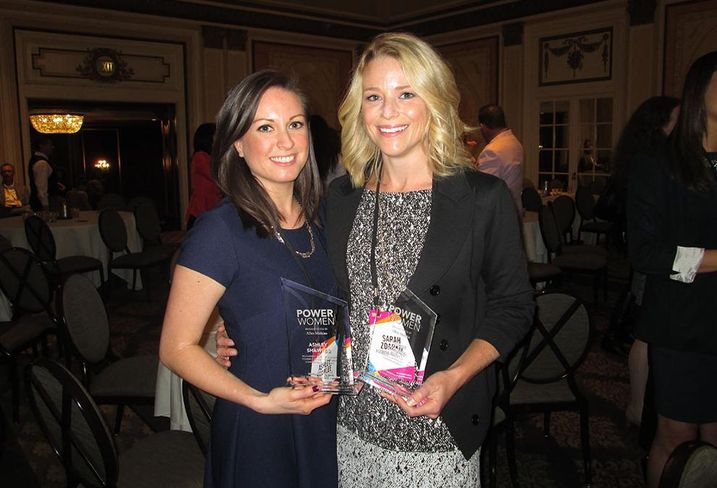 Senior project manager Ashley Shawlee, above left, and corporate Lean manager Sarah Zdarko, both honorees from Pankow Builders, spoke on how women need to own their accomplishments, voice, recognition and their contributions to their professions. Sarah said women need to “own their decisions.”

“The value we bring as women and individuals is not just based on the number of hours in the office, but it’s the leadership and value that reaches beyond the facetime,” Sarah said.

Ashley said participating in Pankow’s emerging leaders program, which is 33% women, provided valuable mentorship and helped her feel more confident about having a voice and unique perspective. 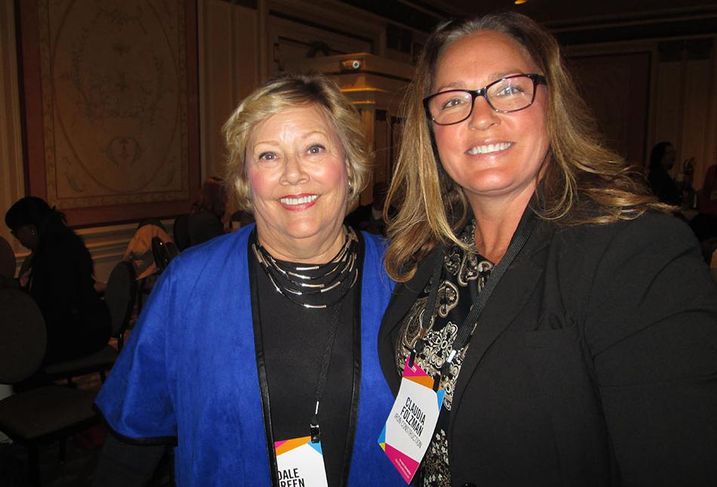 Here are honorees Sleep Hollow Investments asset manager Dale Green, above left, and Iron Construction COO Claudia Folzman. Claudia said she pushed forward with her career in construction in the 1980s when she was the only woman and construction “was not a woman’s place.” She said CREW inspired her to find her voice and purpose. She said women need to support each other and start giving back to their communities and the women around them. 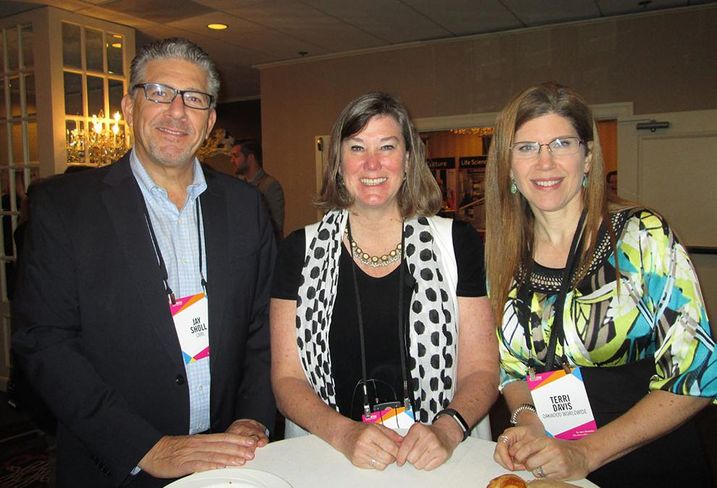 Honoree and HOK senior principal Kay Sargent (in between CBRE SVP Jay Sholl, left, and Oakwood Worldwide global business development manager Terri Davis) said she’s spent the better part of her career trying to be like the SNL character Pat, basically pretending she wasn’t a woman and just a designer. She began her career as one of the only women on a job site.

Kay said women have moved into executive positions, but still only make up a small percentage of CEOs. She said women need to do a better job of supporting each other and “be true to [themselves], work hard, be honest and pass it forward."

“We need to change the way we raise our sons and our daughters so they can accept that women can be strong in business and at home,” Kay said. 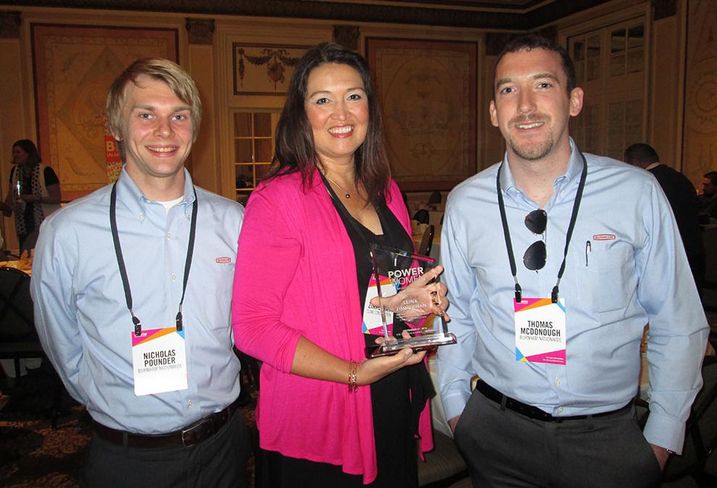 Tomorrow, we'll bring you more from the event.