Mark Cavagnero grew up in a dark world. His childhood home in Connecticut had small windows that never let in enough sunlight. Cavagnero, founding partner at San Francisco-based Mark Cavagnero Associates Architects, would spend as much time as he could outside even if it meant picking ice off the garage to play basketball in the middle of winter. 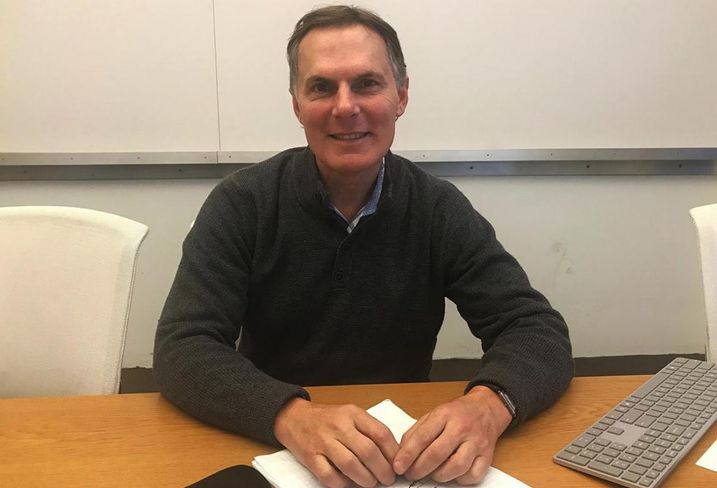 “I just cannot stand being in dark places,” he said.

His need to be outside and in sunlight grew into a desire to incorporate natural light into the buildings he and his firm design. Floor-to-ceiling glass is prominently featured and natural light is taken into consideration in every project.

“Everyone is happier in a well-lit, balanced space,” he said.

People are more productive in a workspace with more natural light, he said. Workers in an office with little natural light often feel fatigued during the day. 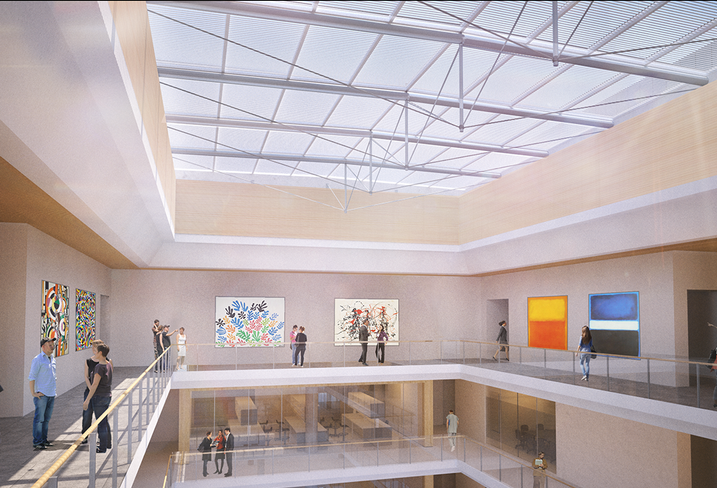 Glass can improve wellness and increase a building's sustainability through access to natural light, Cavagnero said. Glass within the last 10 to 15 years has become more sophisticated and can control glare and heat gain, cutting down on a need for energy to cool the interior, he said.

The 270K SF Joan and Sanford I. Weill Neurosciences Building his firm designed for UCSF in Mission Bay will have a metal screen to cut down on glare and allow for the building to use less air conditioning and less fuel, he said. The screen will allow scientists to still maintain their views without having to draw shades.

The under-construction building's open interior space will allow for light to get into the middle of the building, which is often missing in large block buildings with huge floor plans, he said.

While the latest office trend is to have more people working close together and on a large open floor plate, many people end up sitting a long way from light, Cavagnero said. His firm’s goal is to bring natural light back to buildings. 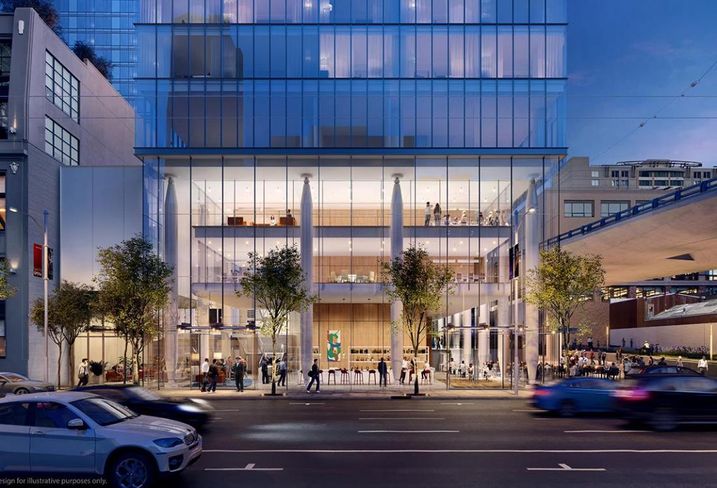 Glass will be a prominent feature at 555 Howard, a mixed-use hotel and office project with Renzo Piano Building Workshop. The project will include a public rooftop bar that will have a glass-lined open area where anyone can come and view the cityscapes.

The firm also has been working on the interior design of Salesforce’s various Salesforce Towers, including the recently opened tower in San Francisco, which has glass-lined exteriors.

Many of the designs at the different Salesforce Tower spaces around the world involve creating a better space for employees and providing more wellness, which sometimes means creating quiet spaces.

“It’s part of the human experience to have time alone,” Cavagnero said.

That has meant creating spaces that are not too distracting and are toned down. 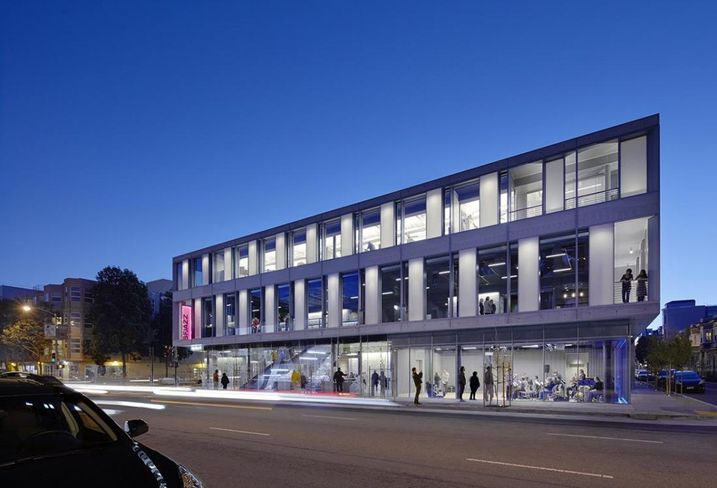 Outside of his firm’s work with offices and workspace, Mark Cavagnero Associates Architects has done dozens of projects for the arts and public spaces.

The firm partnered with SOM to transform Moscone Center from its appearance as a bunker into a new design that better showcases the public building through the addition of glass-lined exteriors, he said.

Adding glass to a building can create a more vibrant city by bringing the inside out, especially for artist and performance spaces.

“You can see the life and energy inside,” he said.

Adding floor-to-ceiling windows for places like the SFJAZZ Center was about expanding the audience to the street and creating a better connection of the art space to the public.

People can watch part of a performance as they walk down the street. The center includes a staircase suspended by steel rods that is visible from the street and an intimate performance space with an auditorium for 700. 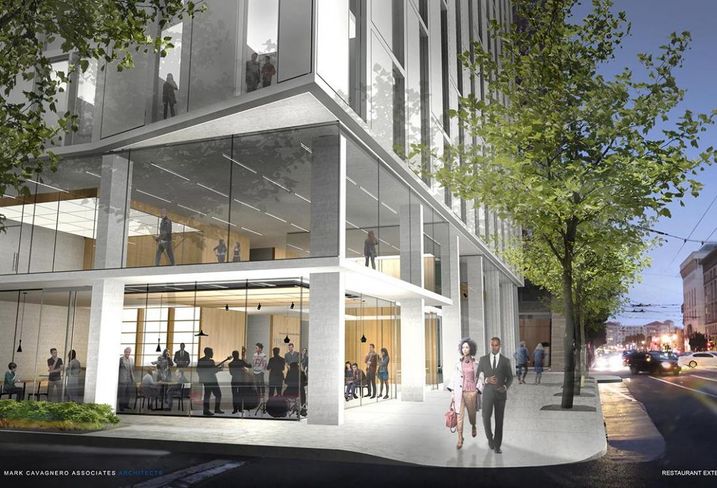 As part of a student housing project for the San Francisco Conservatory of Music, Cavagnero designed well-lit spaces for 450 students that will include a radio station, a performance hall, a practice room and a performance space at street level, similar to ground-floor space at the SFJAZZ Center.

Cavagnero has incorporated glass not only into performance spaces and offices, but also a courthouse and other public safety buildings, educational buildings, recreational centers and public buildings.

“Glass is an important element in just about everything,” he said.