The Bay Area Has Growing Disparity. More Housing In The Right Places Would Help

As the high cost of living drives Bay Area residents to relocate out of the area, the region is becoming less inclusive with a wider racial and economic divide, according to data released Thursday.

Between 2010 and 2016, low-income households and African-American and Hispanic residents were more likely to leave the region, while those moving to the area were more affluent and educated than those leaving. Among all large U.S. metros, the Bay Area has the greatest disparity between those leaving the area and those moving in, according to the report from the Terner Center for Housing Innovation at UC Berkeley and BuildZoom. 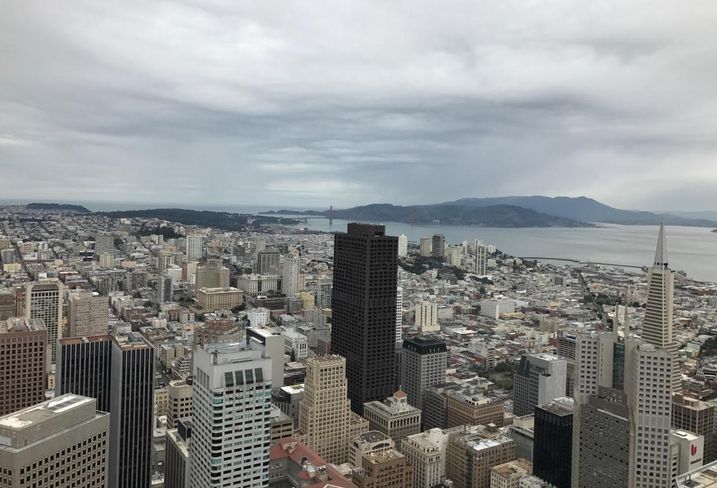 The solution may lie in building more housing for all income levels in the right places.

The report's authors advocate for building within the Bay Area's existing footprint through densification in ways that foster diversity.

"For this to happen, communities across the Bay Area must do their share and accommodate new development, not only in pockets of density — whose appeal to families with children is limited and which could potentially devolve into concentrations of have-nots — but also through the gradual upzoning of areas currently reserved for single-family homes or otherwise encoded to ward off growth," authors Issi Romem, BuildZoom's chief economist and a Terner Fellow, and Elizabeth Kneebone, Terner Center research director, write in the report.

Housing projects have been met with resistance in some of the region's cities, and many Bay Area cities do not meet their regional housing needs allocation for units at various affordability levels as determined by the state. Laws such as SB 35, which streamlines the process for projects to move forward if they meet certain criteria and affordable housing requirements, seek to push past resistance in some areas. Several bills this year have tried to address housing needs both in the Bay Area and around the state. 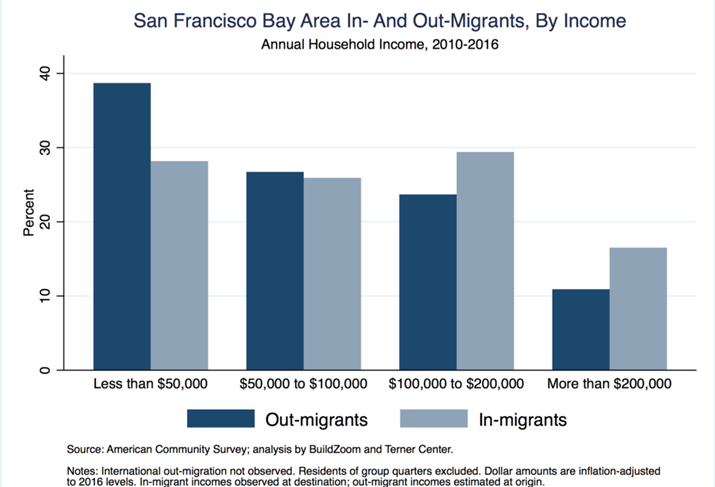 Perhaps as telling as who is moving in and out of the Bay Area is where they are going.

Many lower-income residents who leave the Bay Area are moving to more affordable parts of California, such as Sacramento and the Central Valley, while those with higher incomes are more likely to move farther away, leaving the state to move to large cities like New York, Seattle, Denver or Washington, D.C. High-earners who stayed in the state tended to move between the high-cost cities like Los Angeles and San Diego.

"The emerging picture is one in which high-income individuals have access to a broad national menu of large cities — as well as the economic opportunity encapsulated in that menu — whereas low-income residents of California are relatively confined to the state’s economic margins," the report states. "The income and racial patterns suggest that, without concerted action, the region risks backsliding on inclusion and diversity and displacing its economically vulnerable and minority residents to areas of more limited opportunity."

The Bay Area continues to grow in population even as residents move out of the area. The region can create plenty of jobs to support residents, but limited housing means affordability is a top issue and curbs population growth. Almost one-third of recent population growth was absorbed by an increase in the average number of residents per home, the report notes. 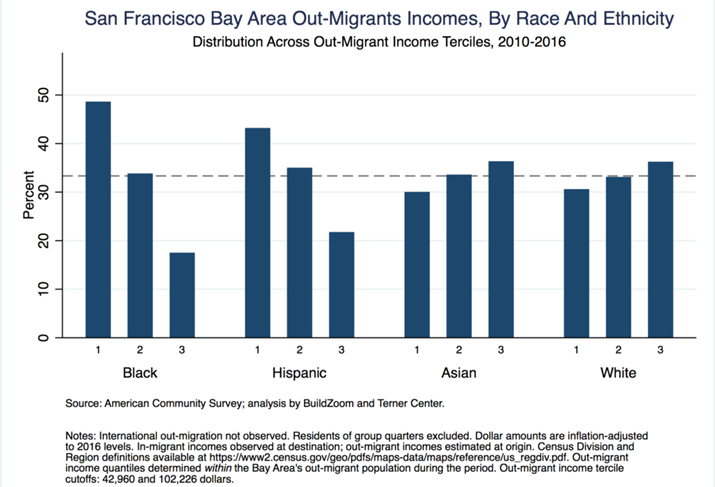 The Bay Area had net in-migration, but the numbers are more telling when broken down by income level. Nearly 40% of those leaving the area were households earning less than $50K a year and another 25% earned between $50K and $100K. Among those moving into the Bay Area, their incomes tended to be higher than those moving out.

The report found that lower-income residents moving out of the area were more likely to be Hispanic or black, tying race into the growing disparity.

Such moves out of the area to more affordable parts of California by lower-income households are "likely to reflect economic necessity more often than voluntary will, as movers seek affordable housing further and further from California's coastal economic nexus," the report states.

"Embracing growth in ways that mitigate displacement pressures on low-income residents and communities of color would allow the ideals of inclusion, integration, and equity to be more readily and effectively achieved throughout the Bay Area," concludes the report.