Yet Marriot Chief Development Officer Eric Jacobs said he hopes now is only the beginning.

"I have 1,500 hotels in my pipeline, and 50 are doing modular," Jacobs said at Bisnow's Bay Area Modular Construction Summit Tuesday morning. "That's not enough."

Construction costs, the labor market and building quality — like more soundproof rooms and better air and temperature control — all factor into Jacobs' advocacy, he said. But so does the schedule, especially in the Bay Area and the rest of California.

A decade ago, a three-story wood-frame hotel would take about 12 months to construct, but now the average is around 22 months, and closer to 30 in the Bay Area, according to Jacobs, who points to a national construction labor shortage that is especially pronounced in California.

"The changes in labor and the lack of interest in the [construction] trades in this next generation are putting constraints on how we develop hotels," Jacobs said. "We started our initiative about seven years ago because we saw what was coming."

One obvious beneficiary of Marriott's modular strategy is Idaho's Guerdon Modular Building, which this decade has done an increasing amount of hotel work, according to Guerdon Vice President of Business Development Joe Uhlenkott.

"Hospitality really lends itself well to our type of construction and has probably been about 80% of our production in the last couple of years," Uhlenkott said at the event.

The Boise-based module manufacturer has done hotels for several of hospitality's big names, including Hilton and Holiday Inn, but much of its hotel portfolio consists of Marriott and its sub-brands.

Marriott, which has a modular Moxy Hotel coming to Uptown Oakland in its pipeline, has gone out of its way to educate architects and contractors on how modular works with its various brands. The company has taken six of its brands, including AC Hotel and Courtyard, and created modular prototypes for them, according to Jacobs.

To Guerdon's additional benefit, other brands are increasingly following Marriott, including in the Bay Area.

One example is Hilton's Home2 Suites that opened in South San Francisco in June, just 16 months after beginning construction. Using Guerdon's modules shaved anywhere from six to eight months off the project and saved $2M in construction costs, not to mention the $4.15M in "revenue capture" generated by quick opening, according to Fulcrum Director Darren Seary, whose risk management firm specializes in modular projects.

For some developments in the Bay Area, the kinds of savings generated in modular construction's best-case scenario are the only way to get a project to pencil, according to Panoramic Interests Director of Development Zac Shore.

Since Panoramic, which recently began specializing in the use of shipping container technology for modular construction, built San Francisco's first modular project in SoMa in 2012, escalating construction costs have been the death of many Bay Area projects on the region's way to becoming one of the most expensive places to build in the world.

"I think in the Bay Area, you're almost forced to start thinking about using modular construction," Shore said.

Costs per SF for a site-built building in the Bay Area, which range from $450 to $500, differ drastically from the approximately $180 per SF price of a module right out of the plant, Shore said. The difference is less acute for a market like Seattle or Phoenix, where rates are much less, making the use of modular less urgent, according to Shore.

Hospitality is no exception to modular's growing importance, according to Graves Hospitality CEO Benjamin Graves, a partner with Tidewater Capital and EJF Capital on Marriott's Uptown Moxy project, a project heavily reliant on modular's projected savings.

"There's no question it helps make projects viable," Graves said. "In Oakland, really the only way for us to make it viable was through modular."

Oakland-based Lowney Architecture, which has worked on many modular projects including those of Panoramic, has modular as its default setting.

"We start every project as if it were modular and then let the market tell us if it should be," Lowney Architecture founder and principal Ken Lowney said.

Though not to Lowney's setting yet, Marriott is heading in that direction. Jacobs said Marriott has begun funding developers using modular construction for Marriott hotel development. He said he wants to see anywhere from 100 to 200 modular projects added to the franchise's pipeline in the next several years. 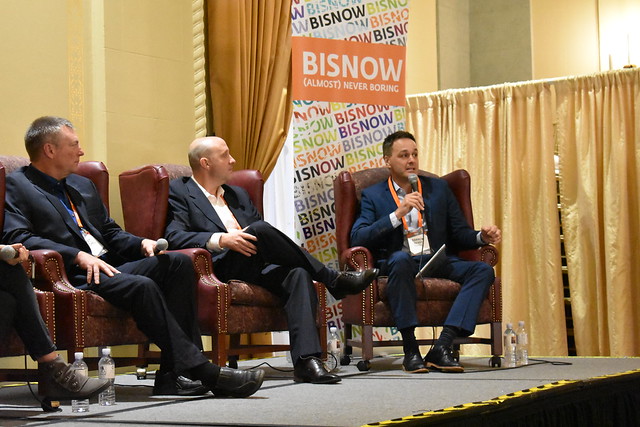