Getting Into San Francisco's Hotel Market Is Tough, But Well Worth It

San Francisco is a difficult hospitality market, but very few hoteliers regret getting into it. Hoteliers, investors, designers and developers gathered in San Francisco during a Bisnow event to discuss how hotels get developed in the city and where they expect opportunities in the years ahead. 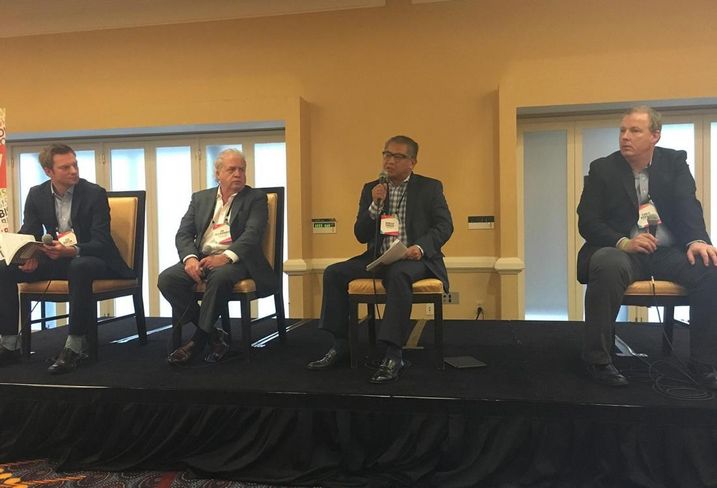 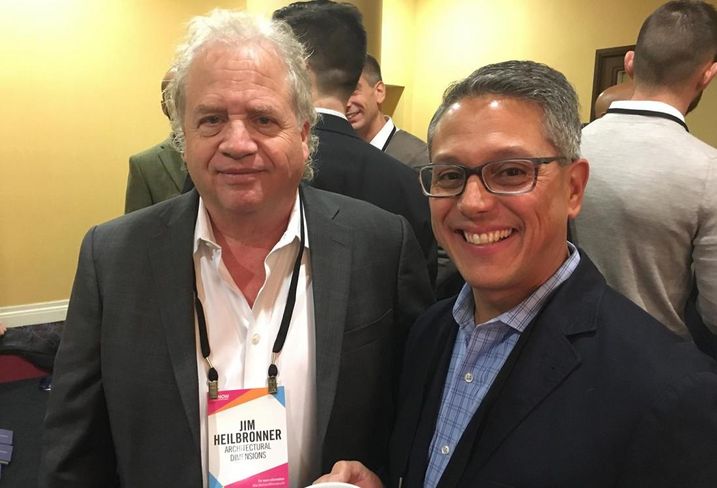 Architectural Dimensions president Jim Heilbronner (above with WB Engineers + Consultants principal Gregory Brenner) said the biggest challenges to getting a hotel off the ground come from the entitlement and permit processes and the restrictions developers face.

All of the fees add up, too. Jim said hoteliers can expect to pay about $20k/key in fees costing upwards of $2M for a 100-room hotel. He said developers should project about 15% to 18% of their budgets to go toward getting their projects through approvals. Adding on about 50% of their budget for construction, projects are facing “scary numbers that never seem to go down.”

He said even with new California building codes resulting in more height and more rooms, cities keep tacking on their own codes and restrictions and “every city has its problems that add to the fray.”

Also, labor shortages are resulting in projects being late,  and Jim suspects quality is probably down as well. 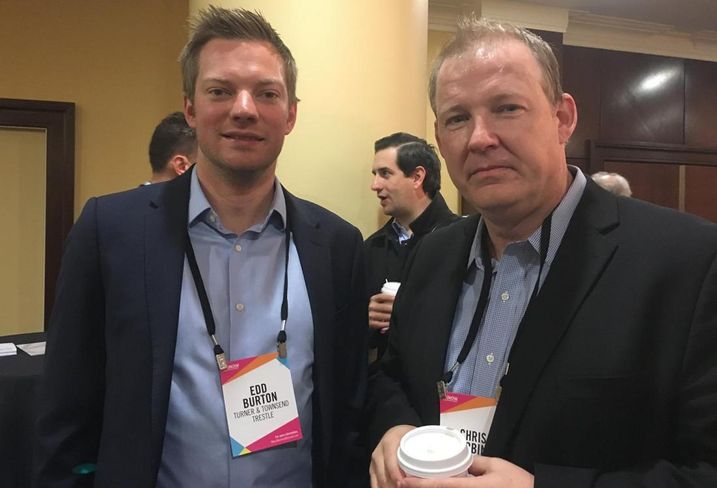 Some relief could be around the corner. Hyatt Hotel VP of real estate and development Chris Dobbins (above right with Turner & Townsend Trestle associate director Edd Burton) said he expects more opportunities for hotel development with new affordable housing requirements of upwards of 30% on multifamily. This can create more opportunities for hoteliers to come in and develop since multifamily developers may pull back from their projects. It will also take away from competition for labor.

He said Hyatt incorporates elements of mixed-use and includes restaurants, coffee shops or retail around the bottom of its hotels to increase the success of its projects.

Hyatt has several hotels in the San Francisco Bay Area, including one at San Francisco Airport, Burlingame, Santa Clara, Mountain View, San Jose and a newly opened hotel in Emeryville. Hyatt sees itself as a long-term player in the Bay Area despite the high barrier to entry, Chris said.

“It’s hard as hell to get in here, but when you do, it’s very rewarding,” Chris said. 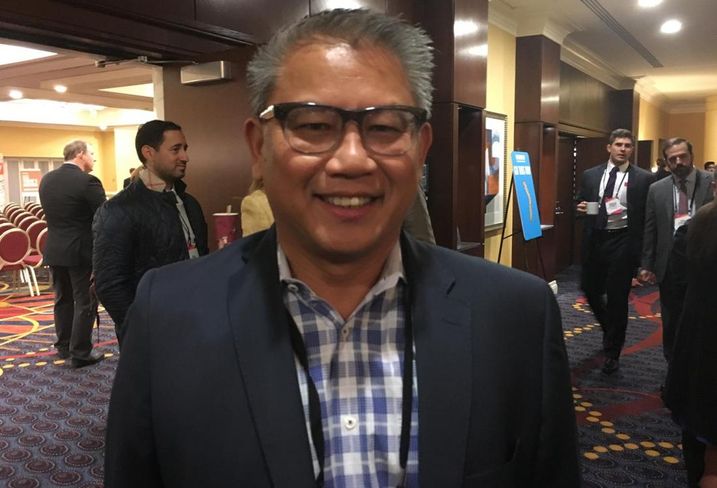 Marriott VP of lodging development Robert Sanger said his company plans to keep all 30 of its brands even after the close of its Starwood acquisition in September. Marriott boasts 57,000 hotels and one million rooms in 110 countries. In the Bay Area, Marriott has 45 deals in the works, five of which are coming from the Starwood acquisition. All but three are new builds.

His main focus in San Francisco will be to find a place for a Residence Inn with upwards of 600 rooms, but he knows it won’t be easy.

“It’s a challenge to find vacant land and it’s so costly. No one is willing to sell to a hotel developer,” Robert said.

“You can start selling inventory because you know rooms will be delivered at a certain time,” Robert said. 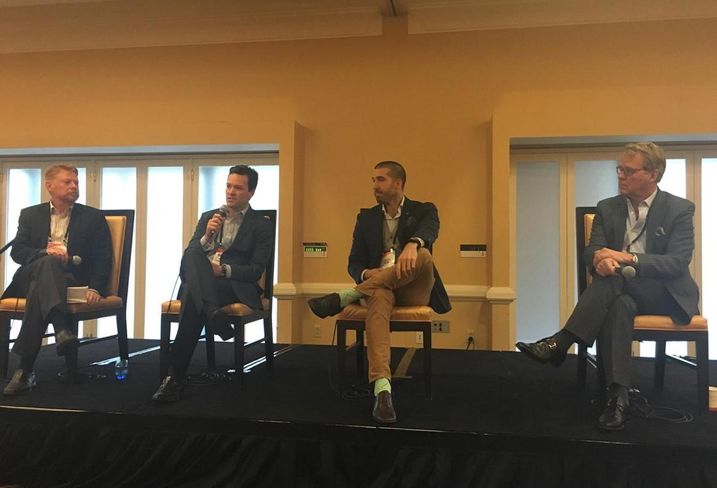 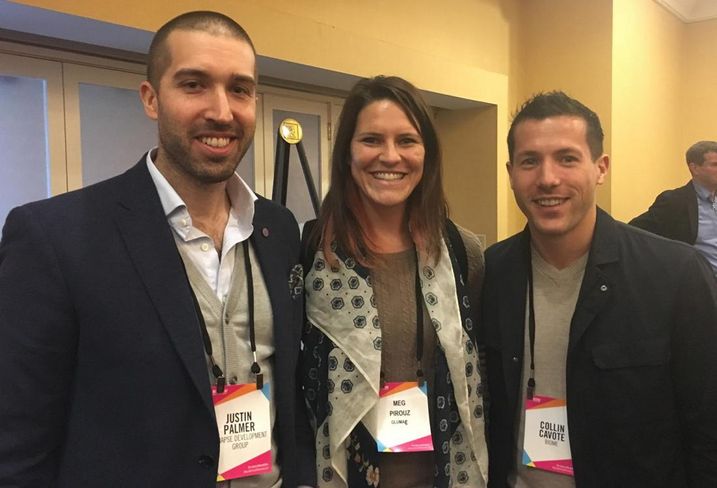 “The average room will be 130 SF, but it feels like a traditional room design-wise,” Justin said. One way the firm has optimized design is moving the bathroom from the front of the room to the back.

He said creating a smaller hotel with the feel of a high-design product helps generate higher revenues.

Yotel will target urban market travelers who don’t spend a lot of time in their room and “want a clean and comfortable place to take a shower and sleep,” Justin said. 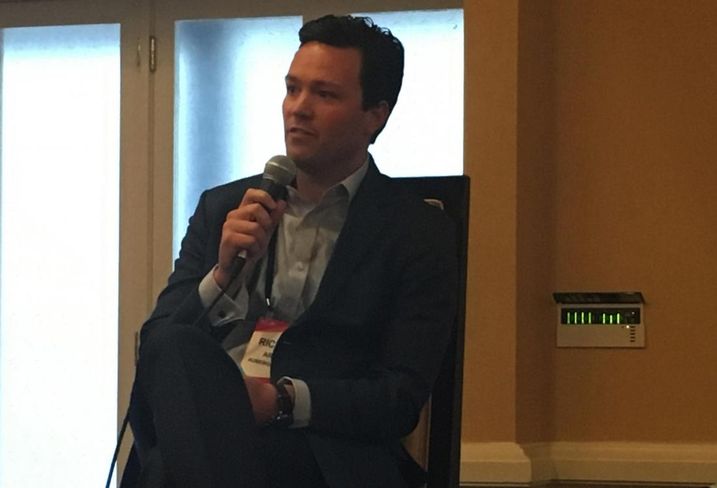 Auberge Resorts Collection chief development officer Richard Arnold said his company specializes in boutique luxury hotels. It has three hotels in Napa; Richard said the firm would love to get into San Francisco, but “it’s not an easy market for luxury hotels” and he needs San Francisco to charge more to make it worthwhile.

Richard said his hotels offer more of an experience and intimacy that you can’t get with a large branded hotel. Each of its three properties offers unique experiences to visitors. For example, the Calistoga Ranch property has a chicken coop where guests can pick eggs and have the chef prepare an omelet for them. 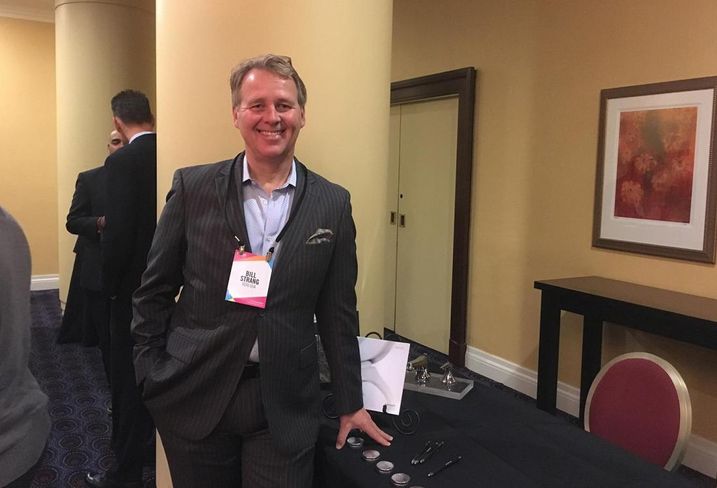 One way TOTO USA president-operations Bill Strang is helping hoteliers create that experience is by designing toilets that offer a luxury experience using smaller space and a smaller carbon footprint. He said sustainability and transparency are becoming more important for customers and they want “to make sure the impact on the environment is less than in a conventional space.”

International customers from a bidet culture like having one in their bathrooms. Features like this can create a unique experience. He said when his company installed a heated toilet seat with a bidet functionality in a Porsche dealership, people talked more about the toilets than the cars.

Bill said wellness and creating wellness suites is increasingly popular. As part of the trend, his company is looking into ways to test DNA and enzymes expelled from the body to find precursors for diseases and other conditions.