For A National Contractor, A Multipronged Approach To California’s Affordability Crisis

A contractor might not be the obvious choice to spearhead a movement to help solve the affordability crisis.

“After all, we usually just have to deliver what’s on the table after a project has been developed,” Swinerton Project Manager Patrick Otellini said.

But that is exactly what Swinerton, one of the nation’s largest contractors, is trying to do. The company is leading affordable housing efforts in the Bay Area, which faces probably the most severe affordability crisis in the U.S.

While they don’t pull legislative levers or design new projects, contractors can still play an integral role by working to drive down the cost to build new affordable housing, partnering with nonprofit developers and pushing for housing policy reform.

Swinerton broke ground in March on the 1950 Mission Street Housing Project, a 163K SF affordable housing project and the first affordable housing development in San Francisco’s Mission District in 10 years. The project is being developed by BRIDGE Housing, a San Francisco-based nonprofit housing developer, and will offer 157 residences below market-rate rents to low-income and moderate-income families, including formerly homeless families.

But Swinerton’s work with BRIDGE doesn’t end once construction is complete. The contractor has also partnered with BRIDGE to raise $115K to support Proposition A, a measure on the San Francisco city ballot in 2019 that supports a $600M bond issue to support housing efforts for low-income and middle-income families, seniors and teachers in the city.

“Prop A is really the perfect example of the broad-based approach that is needed to solve the housing crisis,” Otellini said. “These are some of our most vulnerable populations, and we need to keep them in San Francisco.”

Otellini has seen the housing crisis deepen over two decades of working in the city, first at a consultancy focused on building codes, then for four years in the city government as San Francisco’s chief resilience officer. Having been an industry consultant, a public official and now a construction manager, Otellini has a sweeping view of the causes and the possible solutions to the housing crisis.

“This is not a new issue, but it’s certainly at a boiling point right now,” Otellini said. “The Bay Area has been underproducing housing for decades. This is what the consequences look like.” 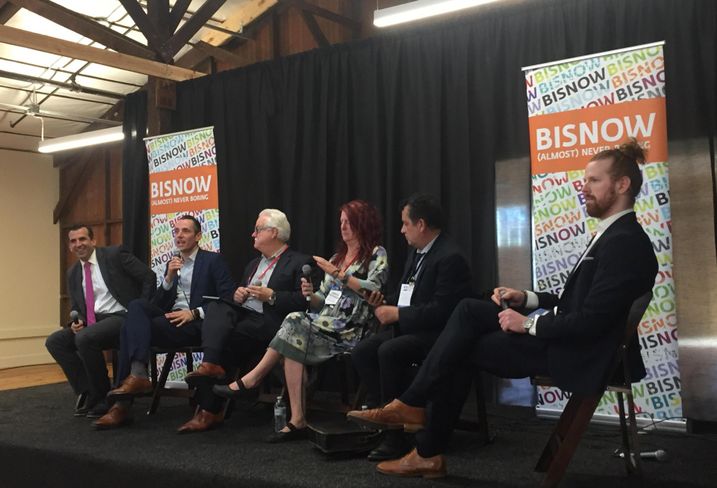 Swinerton has a history of building coalitions with nonprofits and community groups to make new affordable housing, including an 81-unit development in partnership with Glide Memorial Church in the Tenderloin neighborhood. But Otellini said Swinerton’s main goal going forward will be to build housing as efficiently as possible, making new projects more feasible for nonprofit and for-profit developers alike.

As of 2019, San Francisco is the single-most-expensive city in the world to build, and the exorbitant price of putting up any kind of building has slowed the development of new housing to a crawl. Otellini said Swinerton is investing in new technologies like prefabrication and modular construction to bring down the price of housing development and investing in new construction techniques like mass timber that can help projects deliver at a lower budget.

Part of Swinerton’s role, Otellini said, is to show affordable housing developers the range of projects that are possible when they embrace different techniques.

Swinerton is also taking on much of the work that might otherwise be fielded by a specialist subcontractor, including drywalling and concrete work. By providing those services, Swinerton can help affordable housing developers make their projects pencil out.

“If you’re going to win any kinds of projects in the Bay Area, you need a lean and mean team that puts up buildings efficiently,” Otellini said.

But along with the hard costs of labor and materials, developers also face hurdles from the soft costs of construction, like permitting processes, real estate taxes and delays to development. While contractors like Swinerton can’t directly alter the policies that create these costs, Otellini said the company advocates for change. 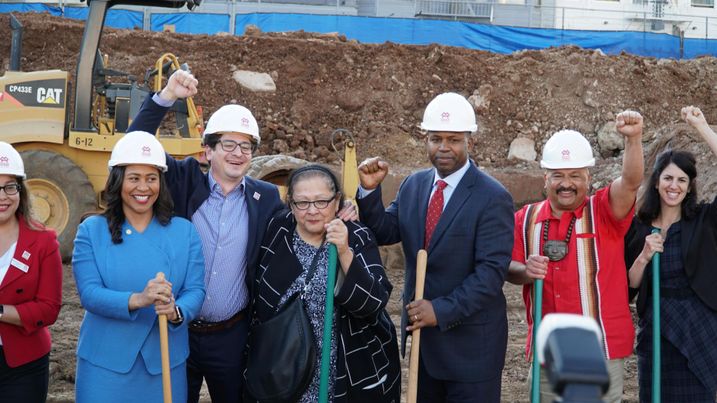 At Bisnow’s Building a Better City event on Oct. 23, Otellini served as a panelist along with Sam Licardo, mayor of San Jose, and Libby Schaaf, mayor of Oakland. Being in close proximity to these leaders helps Swinerton push for smarter housing policies, including simplifying zoning codes and land use ordinances.

“The problem with our codes is that they are reactionary in nature — you have an earthquake and you get new seismic codes, you have a flood and get new flood hazard insurance requirements,” Otellini said. “It’s hard to have a forward-looking code, but that’s what we need. We have to think about what’s in our codes that prevents us from saying yes to new housing and create a framework that can speed through this long and cumbersome process.”

Though Swinerton is not a developer, the company has a deep vested interest in solving the affordability crisis because its own business is at stake. If its construction employees can’t live in the Bay Area, Otellini said, Swinerton would no longer be able to work there. Working for a more affordable and equitable future is ingrained in Swinerton’s company culture.

“In every market we work in, we’re a partner in that community,” Otellini said. “Every weekend, you’ll see our employees out there, on a Habitat for Humanity site or delivering other projects in the community. We don’t just work here. We live here.”

This feature was produced by Bisnow Branded Content in collaboration with Swinerton. Bisnow news staff was not involved in the production of this content.