For Life Sciences And Wireless Tech, San Diego Is The Place To Be

San Diego's job growth of 2.9% during the past 12 months has outpaced both Orange and Los Angeles counties, according to data from JLL, marking a rather sudden burst of job growth. We caught up with JLL managing director Jay Alexander to talk about what is driving job growth in the city and the region. 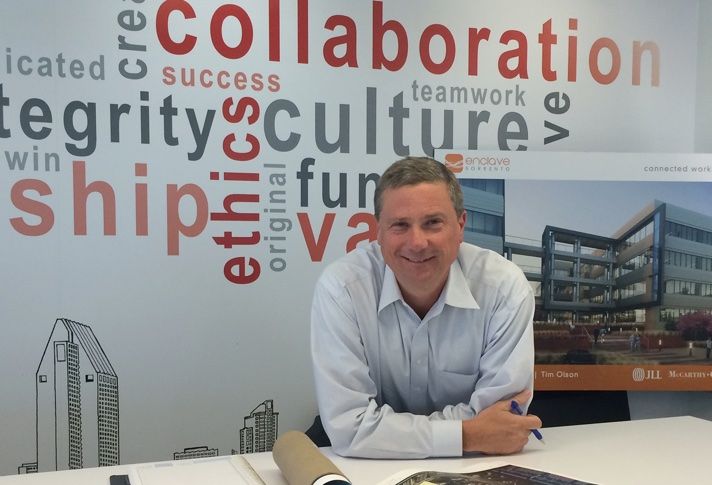 Jay (pictured) heads marketing for office, industrial, R&D and biotech space. He says the majority of job growth is the result of expansion in the life sciences and biotech sectors, which include genetic research and wireless health devices; the defense R&D sector, including advanced drone and weaponry development and shipbuilding; and general technology firms.

Jay notes the increasing importance of genetics and biomarkers in medical diagnostics, along with growth in wireless health technologies is driving expansion in San Diego's life sciences-biotech sectors. “Tech companies locate where the talent is, where there is a creative economy to accomplish their goals—not because of perceived low-cost rent,” he explains.

If a company is involved in social media development, San Francisco, the Silicon Valley or Silicon Beach may be the place to be, but if the focus is wireless technology or entrepreneurial biotech, they come to San Diego, Jay tells us. 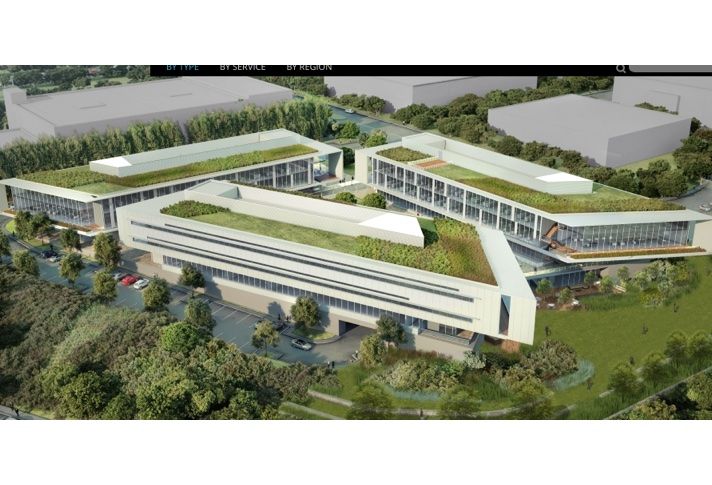 Jay says local biotech companies like Illumina, a provider of genome sequencing equipment and array-based solutions for genetic analysis, are growing rapidly and expanding their footprint. Illumina recently inked a 10-year lease deal for BioMed Realty’s entire i3 campus (pictured), which is under construction in UTC. The three-building complex will have a total of 316k SF of flex office and R&D space. 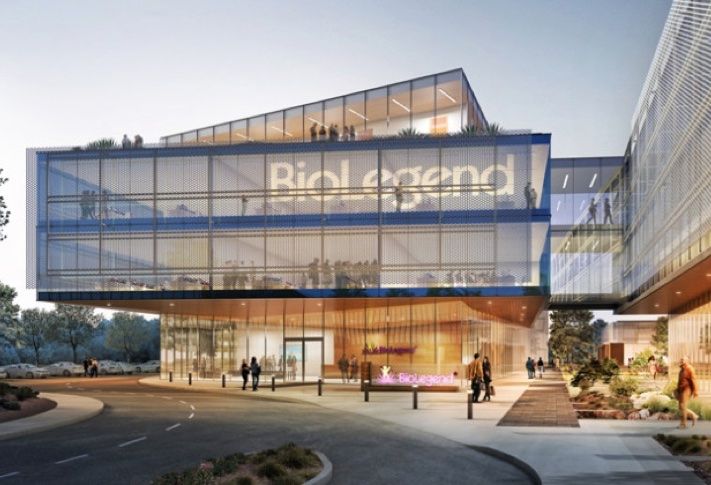 Bisnow has learned that BioLegend, a fast-growing global manufacturer of antibodies and reagents, is expanding. The company recently purchased an eight-acre campus in Miramar, where the company plans to build its future HQ. SD-based Hughes Marino Construction Management was selected to manage the three-phase project to expand Biolegend’s research labs, office space and order fulfillment facilities beyond its current footprint. Phase 1, which is underway, is positioning a two-story, 40k SF building to research labs and office space. 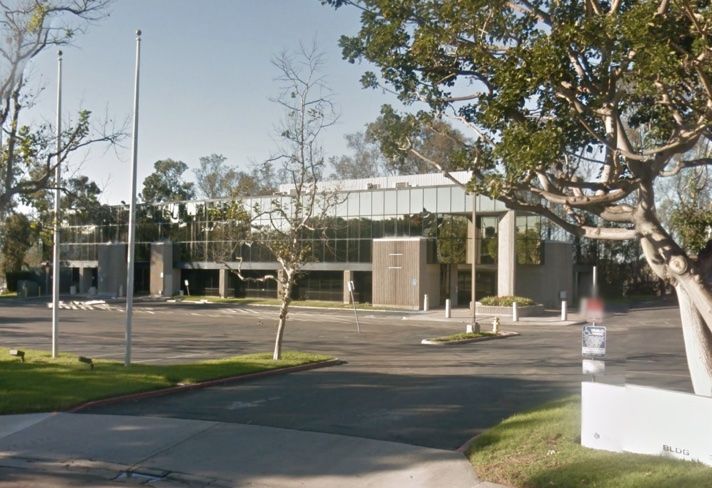 The combination of health and biotech with the wireless sector—another major economic driver in San Diego—is generating startups and high-paying jobs.

Dexcom is a product of the intersection of healthcare and wireless technology, Jay tells us. Dexcom recently won FDA approval for the first Continuous Glucose Monitoring (CGM) system, which sends blood-sugar levels from an implanted sensor to a smartphone.

Much of the corporate restructuring of larger firms resulted in smaller divisions being spun off. An example is PTC, a national software firm based in Needham, MA, which purchased Qualcomm’s augmented reality division, and Sony spinning off game developer Daybreak Games (San Diego HQ shown above). 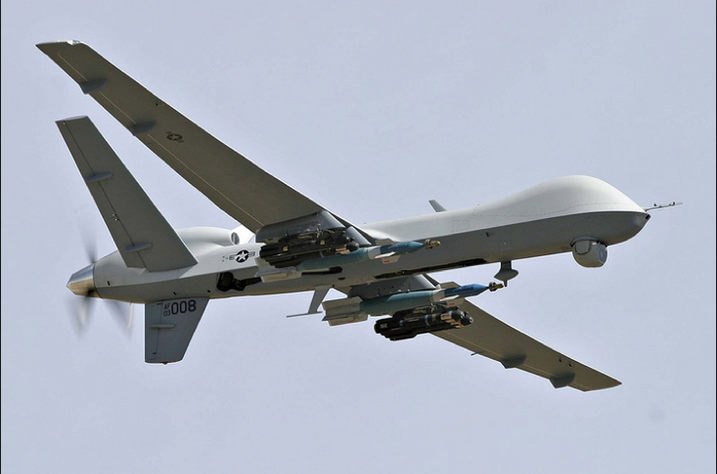 Meanwhile, SD's defense industry is expanding R&D facilities developing high-tech weaponry and drones. San Diego-based General Atomics and affiliate General Atomics Aeronautical Systems (GA-ASI), developer of Predator drone, Army Gray Eagle and other unmanned aircraft systems (UASs), is growing as a result of the military’s increasing use of UASs in combat and surveillance missions, as well as the FAA preparing to allow UASs into US airspace.

The defense industry directly employs about 328,000 people in the region, according to the SD Regional EDC, which anticipates over 18,000 more jobs in this sector over the next decade. Jay says employment in San Diego’s aerospace sector has grown by 67% in the past decade, while declining in other SoCal markets. 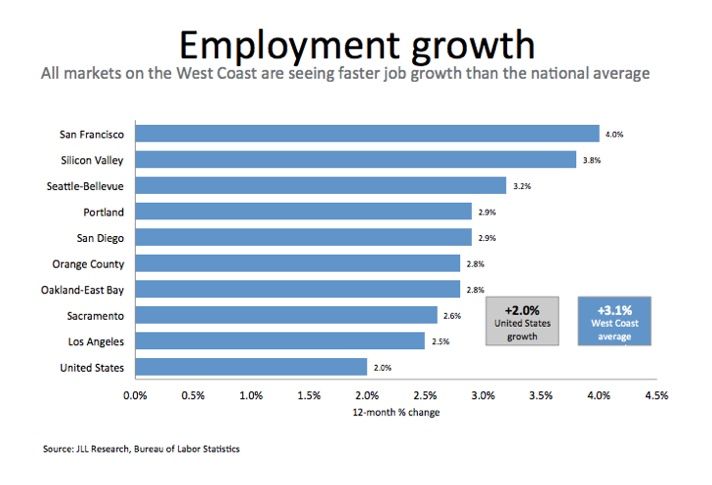 In 2015, direct defense spending sent $24.8B to the region, with a greater economic impact of $45B, reports the SD Regional EDC. The Pentagon’s budget for drones, for example, increased to $2.9B in 2016, of which the biggest ticket item is 29 new GA-ASI MQ-9 Reaper drones at a cost of nearly $904M. Nearly $4.5B has been allocated for drone-related spending in the FY17 defense budget.