San Diego's apartment rent increases were the highest in the Southland in 2015 and are expected to continue growing into 2018 due to increased demand, according to USC's newly released Casden Multifamily Forecast.

Raphael Bostic, who produced the report, tells Bisnow San Diego apartment rents will rise 2.9% in 2016, and will continue to rise over the new few years due to lack of new supply to meet increasing demand, population growth and a growing economy, reaching $1,577/month by 2018.

The forecast noted overall vacancy inched up slightly from 4.6% in 2014 to 4.9% in 2015 due to a sharp increase in new supply. Permits issued last year alone increased 15% from the previous year.

Vacancy is expected to drop to 4.8% by 2018. Raphael tells us slowing rent growth is due to increasing supply, along with general volatility in markets globally. 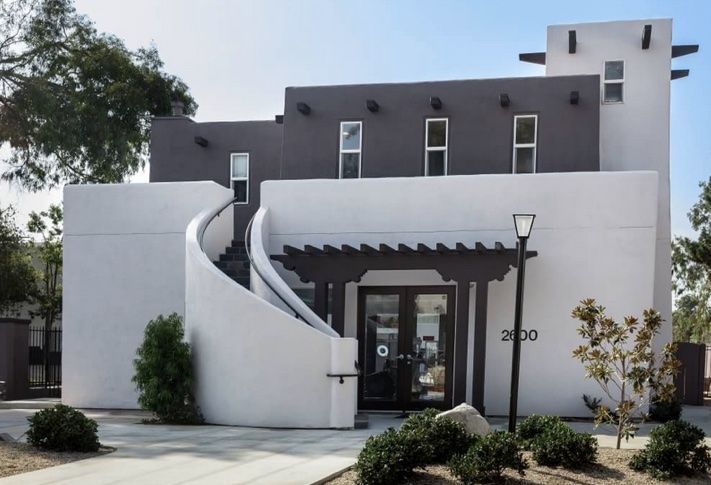 North San Diego County holds the record for highest rent in the county at $1,471/month, after a 5.1% rent increase in 2015, but the City of San Diego experienced the greatest rent jump at 5.8% to $1,457. Vacancy rates in all submarkets rose last year due to increased supply, but the city recorded the lowest vacancy at 4.9%, followed by Chula Vista-National City at 5.8%, and North San Diego County at 6.5%.

Population growth is putting upward pressure on rents, but there are other reasons rents are moving up quicker in San Diego County than elsewhere in the region, Raphael tells us. LA is a much larger market than SD and has more immigrant neighborhoods, which tends to keep downward pressure on rents, he notes.

A big part of the story—why rent hikes will continue to be greater here than elsewhere in the SoCal region—is SD’s very healthy economy. He notes San Diego added 39,700 jobs over the last year, and wages are rising, which is creating greater apartment demand.

The SD economy grew by 3.7% in 2015—the greatest in the state—according to a March report from the SD Regional EDC, and unemployment dropped to 4.7% from 5.4% a year ago.

Among the most significant job-growth sectors were manufacturing and construction; healthcare; and professional, scientific and technical — all of which provide well-paying jobs. “The economy is steadily growing, particularly in California,” Raphael says. “We’re in a place where incomes are starting to move up.”

Raphael says the minimum wage bump to $15/hour will help people economically, but it’s unclear what the impact will be on the rental market. “If we don’t increase supply, much of people’s additional income will go to landlords. The question is how will the market respond—will we increase supply to match increased demand created by higher wages?"

San Diego already had a deficit of rental units when the economy began turning around in 2010, because a significant amount of apartment stock had been converted to condos during the last real estate cycle. While there are lots of units under construction or in the pipeline, Raphael notes few projects being built are affordable for average working people, in part because high demand has driven up land costs.

Pictured is UDR's Villas at Carlsbad, where one-bedroom apartments start at $1,643. The North County submarket came in first for highest rents. 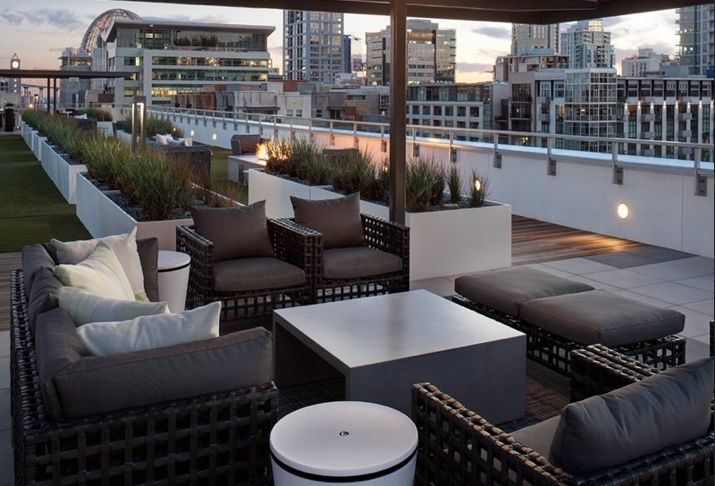 “There’s lots of cranes around, but many of the units under construction are luxury projects,” he tells us. “It’s important to recognize that there’s a tightening in the market because supply isn’t keeping up with demand.” Raphael says the challenge is how to build more product quicker with the onerous entitlement and environmental process. “The longer the process lasts, the more expensive the project.”

The Casden forecast provided detailed analysis of 52 submarkets in four regional markets. Despite construction permits being issued for more than 38,000 new units across the four SoCal markets in 2015, vacancy rates are projected to continue their gradual decline over the next three years. As a result, average rents are expected to increase over their 2015 levels by $109 in LA County, $149 in Orange County, $84 in the Inland Empire, and $155 in San Diego County by 2018.

“Though multifamily construction permits are back to pre-recession levels and have provided some relief, population and employment growth are driving up demand faster than new inventory can hit the market. For renters, new construction has simply kept a bad situation from getting drastically worse,” Raphael said.

Pictured is the rooftop at EV-Living apartments in Downtown SD, where rents for a one-bedroom apartment start at $1,835. 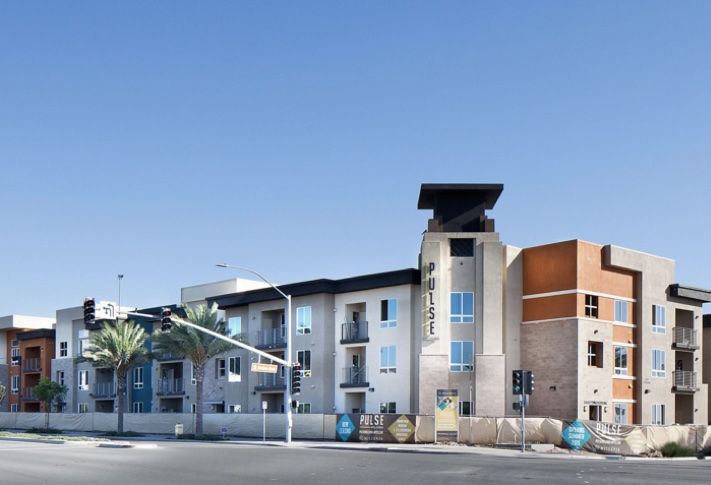 California’s home prices are twice the national average and regulatory controls—notably the California Environmental Quality Act (CEQA) and Prop 13—have combined with faster-than-average population growth to constrict the housing supply.

As a result, California is home to 13% of the nation’s population, but only 8% of residential building permits. “At a national level, it is clear that the great apartment bull market that started at the end of the Great Recession is coming to an end,” said Beacon Economics founding partner Christopher Thornberg. “Local supply constraints combined with solid economic growth implies that the softening will not be experienced locally."

“While new inventory tends to favor higher incomes and more affluent neighborhoods, there is hope for other classes of renters,” Raphael says. "As the demand for high-end dwellings slows, savvy developers will seek more projects built for people of more modest means.”

Pictured is Fairfield Residential's Pulse Millenia apartments in Chula Vista, which recorded the second-lowest vacancy in the region at 5.8%, but the average rents only rose 1.6% to $1,150/month.