With a surge in demand due in part to the growing e-commerce industry, San Diego's industrial market is experiencing record low vacancy and cap rates. Bisnow caught up with CBRE’s first VP in San Diego, Bill Dolan, to talk about industrial space and where demand is greatest.

Bill (here on a ski trip with his wife, Kristin, daughter, Jenna, and son, Nick) specializes in industrial, R&D and corporate HQs.

The San Diego industrial market enjoyed a remarkable year, with Q4 2015 marking the 14th consecutive quarter of decreasing vacancy. Vacancy hit 4.3%, half of what it was in Q1 2013, according to a new report from CBRE. The year ended with total net absorption of more than 3.5M SF, the most since 2006. With demand surpassing supply, asking rents rose 16% year-over-year.

The most activity is in logistics, warehousing and distribution of consumer products, Bill tells us. Demand from e-commerce is increasing. "What we’re seeing now is e-commerce satellite facilities, where products are received from mega-fulfillment centers in the Inland Empire, are sorted and delivered immediately to consumers,” Bill explains. Amazon and FedEx satellites in Miramar are basically cross-docking facilities, with products arriving in the morning, sorted and delivered to consumers the same day.

There’s a total of nearly 192M SF of industrial stock in San Diego and southwest Riverside counties. With land scarce, only about 1.7M SF of new industrial product is under construction countywide, with approximately 35% for life sciences and 35% for build-to-suits, which leaves less than 500k SF of spec industrial construction, Bill says. More industrial projects are expected to break ground in 2016.

Meanwhile, conversions of industrial buildings for creative office, multifamily and biotech continues to chip away at industrial supply. Bill says about 2M SF of industrial space has been lost to higher uses in the past two to three years.

There are three primary industrial regions, North County, Central County and South County. Central County is the most popular due to its location, with the Miramar and Kearny Mesa submarkets representing the bulk of industrial space. Miramar has the biggest critical mass of Class-A space, while Kearny Mesa, which has predominately older, low-ceiling buildings, is the most centrally located.

Bill tells us the high cost of land in Miramar and Kearny Mesa precludes construction of more industrial product with more focus on high-rise office and biotech space. Industrial warehouse space in these submarkets enjoys the highest asking rent — about 20% higher than North County and more than 30% higher than South County submarkets.

The exception is Poway, another Central County submarket, which has six projects recently completed or in the pipeline. Two of the completed projects, which total 70k SF, are by locally based Techbilt Cos and are pre-leased, one to Grace Digital (24k SF) and the other to Best Buy (46k SF). Techbilt is planning a 100k SF building on one of its last vacant lots. Additionally, HCP is planning three buildings in Poway.

Overall, the Central County industrial market’s vacancy is 5.1%, with asking rates of 80 to 85 cents/SF triple net for Class-A warehouse space. 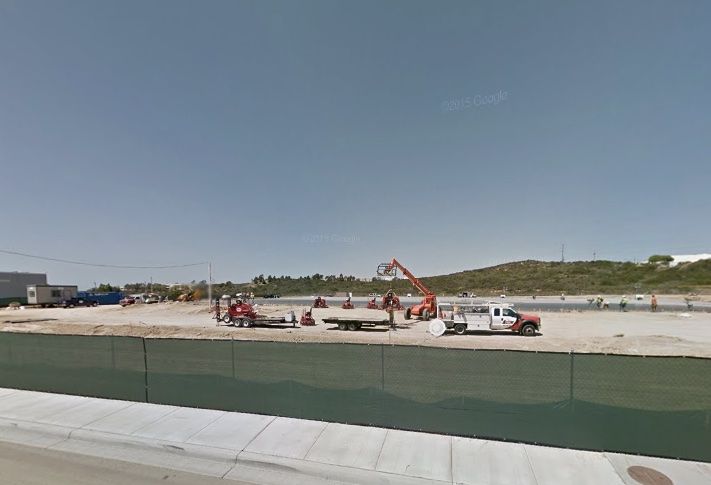 North County, the second most popular market, is seeing a surge in new industrial development and leasing activity, with nearly 1M SF under construction. Oceanside had a lot of leasing activity in 2015, because there were large blocks of space available, Bill tells us. San Diego-based SR Commercial is building four business park R&D buildings in Carlsbad with nearly 120k SF, and OC-based Burke Real Estate delivered Carlsbad Raceway (pictured under construction in April 2015), an 81,500 SF light industrial spec building in Q4 2015, 50% of which was pre-leased.

North County vacancy is the lowest in San Diego County at 3.8% and enjoys the second highest asking rent at mid- to high-60 cents per SF triple net for warehouse space.

Only recently beginning to recover from the recession, South County's Otay Mesa submarket has experienced a pick up in industrial activity due to its aggressive rates compared to Central County. “Historically, this market has been tied to Maquiladoras and products coming out of Mexico,” Bill says. 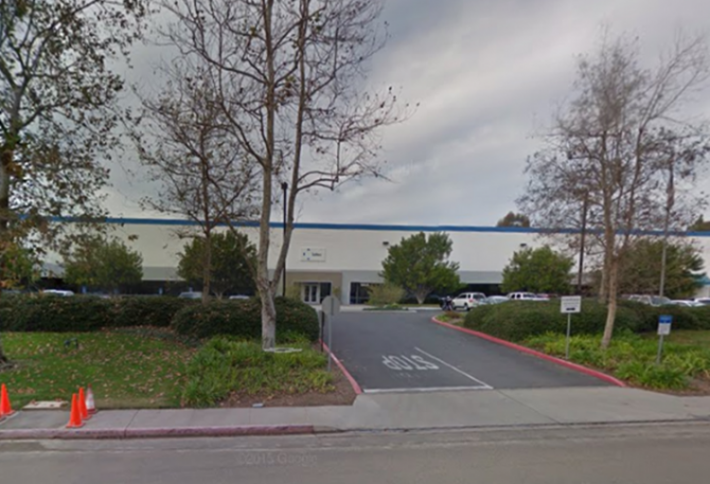 Low interest rates and rising rents offer owner-users an opportunity to own for less than leasing, Bill tells us. The San Diego industrial market also is seeing a lot of investor activity. Both have created a white-hot sales market, he says. About 130 sales occurred in 2015, 35% of which were owner-users acquisitions and the remainder investor purchases. He says most owner-user deals were by small businesses, as large publicly traded companies prefer to rent for accounting reasons.

As a result, sale values have reached record highs for Class-A product, and cap rates have dropped to an all-time low of 5% to 5.5%. Values vary by market, between $165k per SF for a 50k SF Class-A distribution facility in Miramar to a low of $100 per SF in Otay Mesa.