Some US firms are choosing Mexico over China for manufacturing and assembly production, particularly Northern Baja, and we've assembled corporate and real estate experts, government and EDC officials to share their insight at Bisnow's first Future of the Cali-Baja Megaregion event April 7 at the Sheraton Hotel & Marina in Downtown San Diego.

Northern Baja is particularly attractive since it is adjacent to its largest trading partner and conveniently located near large US distribution centers and the Ports of Long Beach and Los Angeles. The area offers a highly skilled labor force, with wages on average $2.50/hour in Mexico vs. $2.30/hour in China—one-fourth the minimum wage this side of the border, Synergy Real Estate Group Corporate Advisory president/CEO John Galaxidas tells us. John, one of our event speakers, specializes in corporate tenant representation on both sides of the border. His firm has five California offices and one in Tijuana.

China has long championed its position as the world’s lowest-cost manufacturing location, but in recent years has lagged behind other countries, particularly Mexico, he says. A survey by AlixPartners of 142 senior manufacturing and distribution executives found 86% plan to increase their foreign manufacturing presence closer to the US over the next two to three years. Data from Boston Consulting Group revealed manufacturing in Mexico is now 4% cheaper than in China.

Another of our speakers, USD Burnham-Moores Center for Real Estate director Stath Karras, tells us the Cali-Baja Megaregion, which encompasses Tijuana, Tecate, Mexicali and Imperial and San Diego counties, is particularly attractive because of its intellectual resources. Stath is snapped here with his son James.

Stath says Tijuana’s CETYS Universidad is producing highly trained engineers and other professionals attractive to engineering and software development firms. “So we may be seeing more engineering needs filled in Mexico, like software engineers.”

Among advantages provided by NAFTA is speedy, cost-efficient movement of products from Latin America to US markets, John says. Comparatively, the cost to ship goods to US East Coast markets from Mexico is less than half of products coming from China. Due to distance, customs and importation the difference in transit time from Mexico vs. China is as much as three weeks.

Stath tells us Northern Baja is attracting firms engaged in medical device assembly, which requires clean-room facilities, the most expensive type of assembly facility to build. John says locating in the Cali-Baja Megaregion provides US firms greater control over production and access to highly skilled labor, which is why Rochester, NH-based Phase 2 Medical Device Manufacturing chose to build a 30k SF manufacturing facility in Tijuana, rather than in China or Costa Rica.

He says electronic manufacturers like Mexico. There’s also a strong presence of military contractors, including Boeing, manufacturing military equipment there.

Speaking at a NAIOP event, SD Mayor Kevin Faulconer, above, said strengthening San Diego's vital relationship with Tijuana is among his highest priorities. “Organizations on both sides of the international border are collectively working to ensure country lines don’t act as economic barriers,” he said. 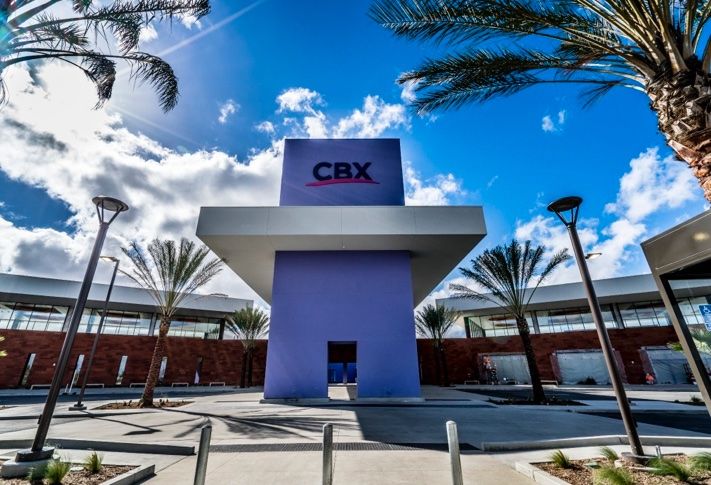 A major milestone in this direction was the opening of the Cross Border Xpress (CBX) terminal at Tijuana International Airport in December 2015. The terminal, and its 390-foot Sky Bridge, provides a gateway to destinations in the Caribbean and Central and South America. 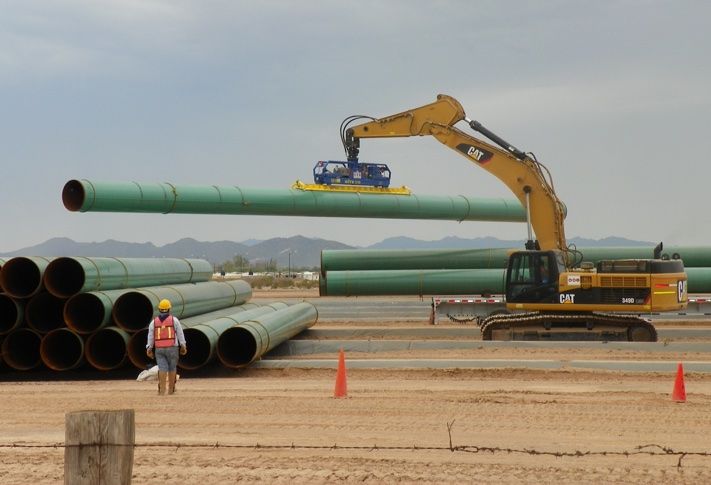 Major US business operations in the Cali-Baja MegaRegion include Sempra Energy (above), which is developing energy infrastructure in Mexicali and plans to supply all of Mexico with natural gas. As a result, new homes are rising alongside a huge natural gas plant under construction between Ensenada and San Diego. 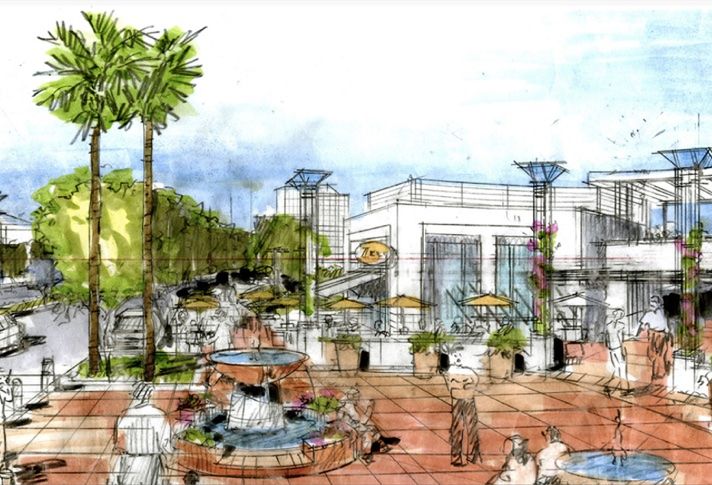 LA-based Millennium Partners is under way on a 210-acre mixed-use development in the Otay Ranch area which was master planned by Stratford Land. Called Millenia (pictured is a rendering of the town center), it includes 3,000 residential units and 3.5M SF of commercial space (hospitality, retail, office and civic uses).

This Cali-Baja gateway project will focus on attracting tenants that work on both sides of the border, work for companies with headquarters in San Diego County and manufacturing facilities in Mexico, or are involved in the logistics of moving products to market. Construction on Phase 1 began in August 2013. 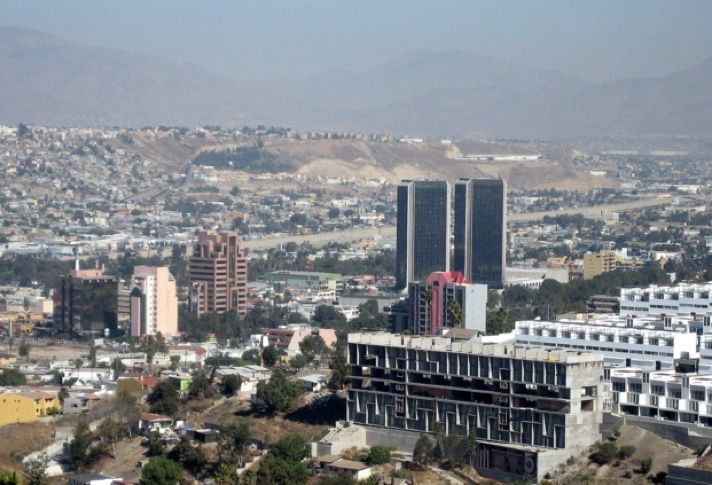 “Tijuana’s economy is booming, and there is very little industrial space available,” John continues, noting vacancy, which was 15% a couple of years ago, is now just 3%. As a result, lots of new industrial REITs are being formed in Mexico to build new product to keep up with demand for additional warehouse space in the region.

That includes a partnership of Deutsche Bank and FIBRA Macquarie-Mexico (FIBRAMQ), a major Mexico-based commercial real estate developer of 274 industrial properties across that country.

JLL is putting together partnerships with US investors and Mexican REITs to build facilities all over Mexico, John says. Irvine-based SENTRE Partners has formed a partnership with Mexican industrial developer VESTA. 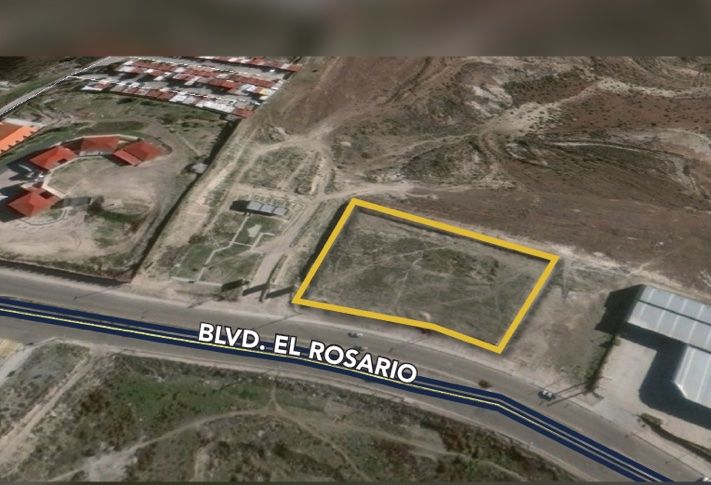 There is lots of inexpensive land available in Baja (above is an industrial site for sale in Tijuana), John says. “The overall lower cost and efficiency of locating industrial facilities close to where labor lives makes perfect sense,“ he adds, citing the economics of warehousing goods in Tijuana vs. Otay Mesa, which offers the most competitive industrial rates in the region. While Otay Mesa industrial space rents for 60 to 70 cents/SF Gross, it is substantially less on the other side of the border at 40 to 50 cents.

Hear more from John and Stath at Bisnow’s The Future of the Cali-Baja Megaregion event on April 7, beginning at 7am with breakfast and networking at the Sheraton Hotel & Marina, 590 Harbor Island Dr, in Downtown San Diego. Sign up here!