Stopped In Its Tracks: Trump Administration To Cancel $1B For California’s Bullet Train

President Donald Trump may have pulled the brakes on the state's costly bullet train plans.

Uncertainty has surrounded California's high-speed rail network, and now the Trump administration said it intends to terminate a $928M federal grant to the California High-Speed Rail Authority agency for a $77B bullet train that would have connected Los Angeles to San Francisco.

In a separate statement, the U.S. Department of Transportation announced it is exploring legal options for California to pay back $2.5B in federal funds already spent toward the project. 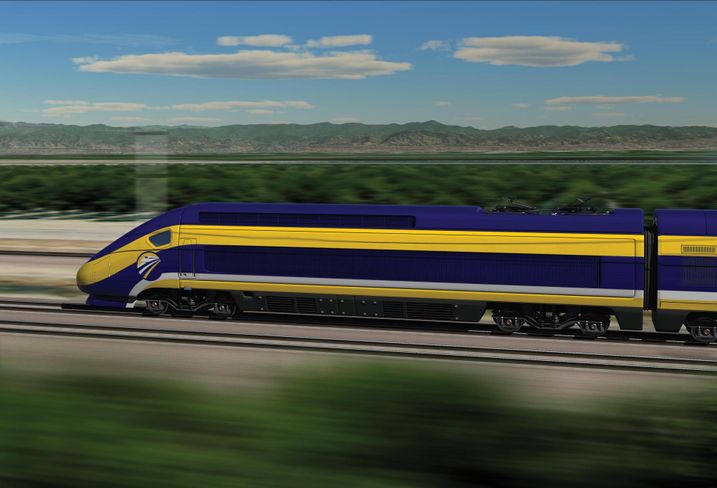 “[Federal Rail Authority] has determined the CHSRA has materially failed to comply with terms of the agreements and has failed to make reasonable progress on the project,” the Transportation Department letter read.

The letters come a couple of days after California and 15 other states sued the Trump administration, calling the president's emergency declaration to build a wall along the U.S.-Mexico border unconstitutional.

On Tuesday, Trump hit back via Twitter, writing that California has wasted billions of dollars on the high-speed rail project.

As I predicted, 16 states, led mostly by Open Border Democrats and the Radical Left, have filed a lawsuit in, of course, the 9th Circuit! California, the state that has wasted billions of dollars on their out of control Fast Train, with no hope of completion, seems in charge!

The failed Fast Train project in California, where the cost overruns are becoming world record setting, is hundreds of times more expensive than the desperately needed Wall!

"It’s no coincidence that the [Trump] administration’s threat comes 24 hours after California led 16 states in challenging the President’s farcical 'national emergency,'" Newsom said. "The President even tied the two issues together. ... This is clear political retribution by President Trump, and we won’t sit idly by. This is California’s money, and we are going to fight for it."

Voters approved a ballot measure in 2008 to build a $33B, 520-mile high-speed rail line that links San Francisco to Los Angeles to be completed by 2020.

But the project has struggled with delays and cost overruns. The cost of development has soared to $77B and now pushed back the completion date to 2033.

Only a portion of the project — from Merced to Bakersfield in the Central Valley — is slated to be completed sometime around 2025.

In his State of the State address earlier this month, Newsom said he would scale back on the state's high-speed rail plans.

"Let’s be real. The project, as currently planned, would cost too much and take too long. There’s been too little oversight and not enough transparency," Newsom said. "Right now, there simply isn’t a path to get from Sacramento to San Diego, let alone from San Francisco to LA. I wish there were."

Though Newsom admits the flaws of the high-speed rail network, he said he would not be sending the $3.5B in federal funding allocated to this project back to Trump.

He praised the rail line in the middle of California, saying it would serve as the "backbone of a reinvigorated Central Valley economy."

KTGY Architecture and Planning principal Ken Ryan said he is not surprised by Trump's move.

"Infrastructure expenditure cost/benefit analysis always needs to be part of the equation," Ryan said. "Short- and long-term benefits must also be included in the evaluation. This is no different with the plans for California’s high-speed rail, and I’m not surprised by the change in direction at this time."

Ryan said Trump's move and the governor announcing that the state would pull back on the costly bullet train will have very little impact on real estate development around the stations.

He said the Anaheim Regional Transportation Intermodal Center or ARTIC, which KTGY designed and is part of the high-speed rail network, didn't solely rely on the bullet train passing through. Many of the stations that are part of the network have other transportation uses, and developers will still build around them, he said.

"We incorporated in our plans the possibility of high-speed rail being added to the [ARTIC] station — and it still could be accommodated someday — but the station master plan did not hinge on high-speed rail and was designed for multiple modes of transit," Ryan said. "Given our good economic realities — housing demand is greater than supply, interest rates remain low, unemployment is low, consumer debt is low, savings are up, consumer spending is up ... I see a continuation of transit-oriented development occurring with or without high-speed rail."

UPDATE, FEB. 21, 1 P.M. PT: This story has been updated with comment from KTGY's Ken Ryan on the implications of this high-speed rail decision.