Choice Is The Most Crucial Amenity In The Office Market

Office space has long been about far more than simply warehousing employees in a space big enough to fit them all, but the last few years have seen a seismic shift in the way offices are designed and leased — with amenities at the center of it all. 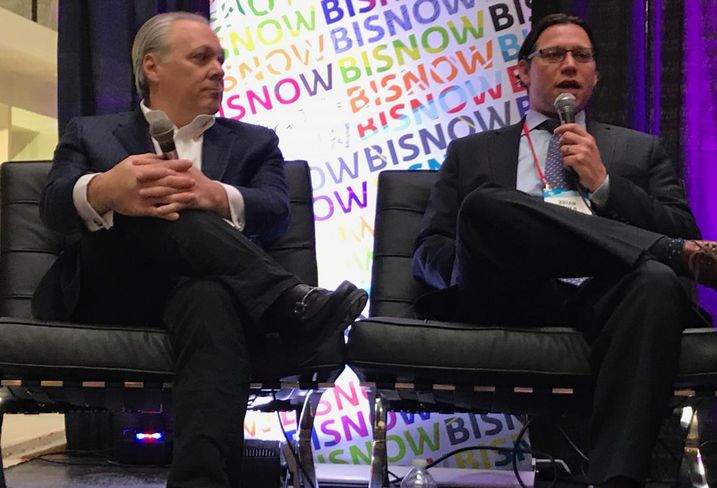 Office tenants and landlords alike are putting more thought than ever into what makes a good workplace, because the stakes have never been higher. More of a workday can be done from home than ever before, but there are tangible benefits to bringing people together, both for the company and the employee.

Panelists at Bisnow’s Office of the Future event last week said for elite talents that companies compete over, workplace environment is a key recruitment tool and amenities contribute directly to that environment.

“You have to put the throttle down and build as many amenities as you can,” Brandywine Realty Trust Executive Vice President and Senior Managing Director Jeff DeVuono said. “What we’re seeing is that [amenities are] not about the cost of doing business, they’re the investment in your space to affect what talent you can get.” 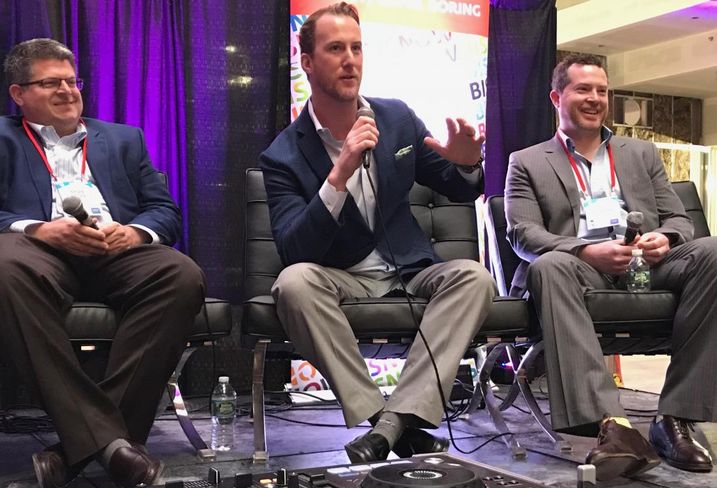 The ability to have remote employees also has contributed to employers saving money on real estate by taking less office space. The increased efficiency of open offices was as big as any factor in the economy’s embrace of the concept, and as tenants have required less space and grew more concerned with making their spaces enticing, landlords have engaged in an “amenity war,” according to Shorenstein Properties Senior Vice President Chris Caltabiano. It helps to explain why increasing vacancy has not affected rents in Philadelphia, which are at all-time highs.

“If you can get a better employee by paying $10/SF more in a building, it’s the same as paying them $2K more per year, so that’s the equation you need to think about,” DeVuono said.

Though new office deliveries are competing with available spaces at the previous generation of Class-A buildings in Philadelphia, MRP Realty Managing Director Charles McGrath believes that the amenity differences will be a key advantage for new construction and the top class of redeveloped properties, like the Bourse building with MRP’s lavish new food court. 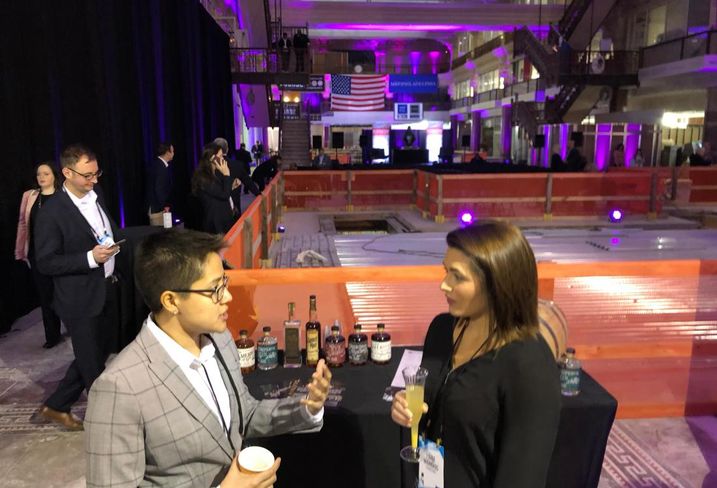 Bisnow
Guests at Bisnow's Office of the Future event enjoy coffee and mimosas within the Bourse building's new food court, under construction as of January

“2.7M SF [of office] was built in 2017, there’s 450K SF of it left to lease across five buildings, and I think that will all be leased in 2018,” McGrath said. “I think you’ll see continued demand for that top space, which means rent will hit a high-water mark, and sales will also hit a high-water mark.”

Not every owner has the wherewithal, the capital and the right timing to deliver the sort of modern, flexible space tenants are looking for, which has led to what Liberty Property Trust Vice President and Market Officer Brian Cohen calls a segmented market.

“All Class-A and Class-B buildings aren’t created equally, and there will be winners and losers,” Cohen said. “From 2007 to 2010 all tenants renewed in place and didn’t really invest in their space. And a lot of those leases are coming up in the next several years, so people should be developing properties now to take advantage of these tenants that are looking to get out of 25-year-old space into something more dynamic.” 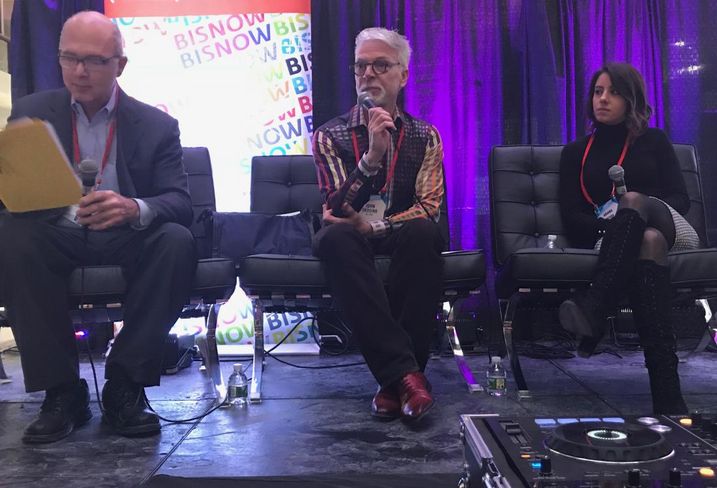 Co-working spaces such as WeWork and Benjamin’s Desk invest a large portion of their resources and thought into making their spaces dynamic, and the mainstream acceptance of co-working has begun to transform traditional office space to follow suit.

Landlords, architects and designers strive to create office space that reflects a tenant’s culture, and in the past that has often corresponded to uniform office space and design that is only as unique as a company’s branding. But co-working’s innovation of a la carte office and desk space has shaken the entire industry up.

“In some respects, it was a great coincidence that the world of work has left linear, process-driven thinking in favor of something more dynamic, messy and figurative,” Jacobs Senior Workplace Strategist and Design Lead John Trosino said. “[Co-working] drove people to want to have more options and flexibility with where they work.” 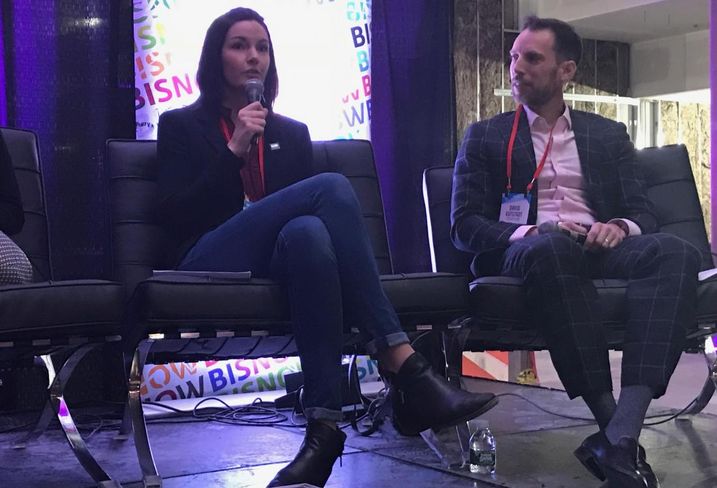 Panelists stressed the importance of choice as the most important factor in designing and leasing office spaces. An early takeaway by forward-thinking businesses looking to appeal to millennial talent was a radically open office plan, but according to Tactix Real Estate Advisors principal Judson Wambold, a Forbes study found that productivity in an all-open office plan drops by an average of 15%.

Famously open offices like Google and Pixar are so well-regarded because they foster interaction, which leads to collaboration. But without a refuge from distractions, the openness can feel invasive, which has led to a backlash against the trend.

“Everybody sees the shift of what’s happening with open floor plan and a swing back to some closed spaces, but the question is: How to do that when you turn on a dime and switch quickly between the two?” Benjamin’s Desk and 1776 co-CEO Jennifer Maher said. “The benefit of the kaleidoscope of desk and workplace styles is that it either helps productivity or enhances work-life balance. I think it’s OK that everything changes so quickly, because it shows the ability to adapt to what a workplace needs.” 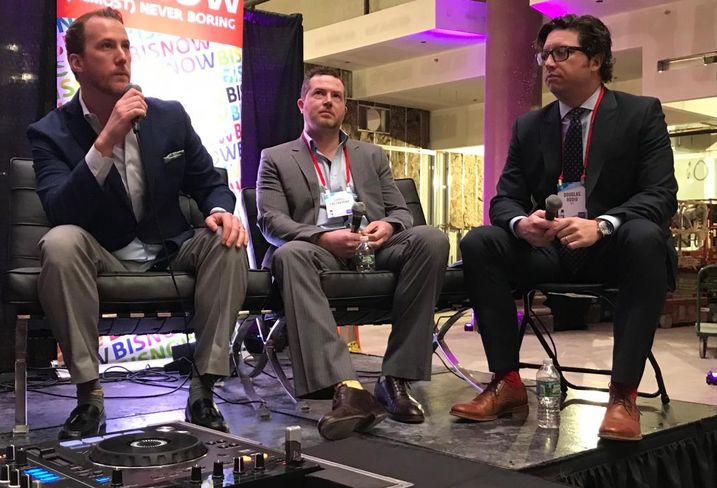 It does not take much of a leap to understand that companies’ needs vary depending on their industry and personnel, but the fluctuation in office design over the past few years has revealed just how inexact the science of workplace efficiency can be.

Wambold referred to building a modern, collaborative office as an “act of faith.”

“I don’t think it is an act of faith so much as the belief that people do need to connect with one another, and they do need the opportunity to choose what’s right for them,” Trosino said. “More often, we’re finding that people are looking to craft their own workplace experience, and organizations are finding that if they offer a range, or almost a blur, of spaces, so that people can self-select what’s right for them at that moment in time, that belief sort of trumps the truth of whether there’s a return on that investment.”

A “blur of spaces” can take the shape of an office where workers come in with their laptops and can choose between a long table with multiple seats, a cluster of desks, a quiet space or simply a couch to set up for the day. 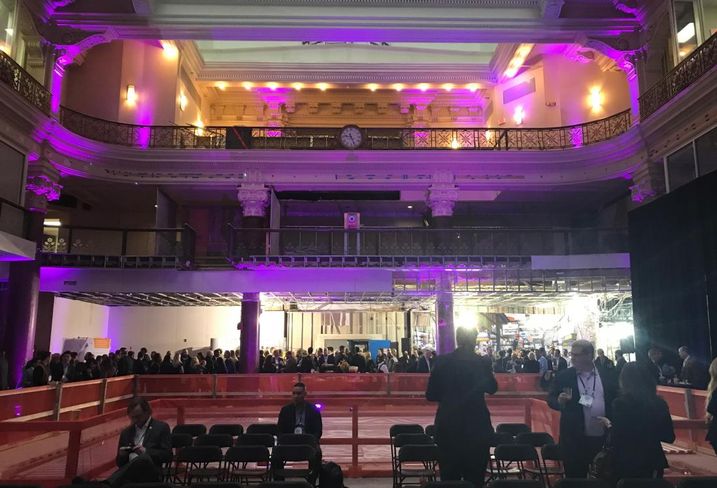 Bisnow
Attendees at Bisnow's Office of the Future event network in the atrium of the Bourse building, under reconstruction as of January

Where collision and interaction is more universal than ever is in those crucial amenity spaces. Just like how open office plans were so readily accepted because of the space they saved, office landlords have taken to building amenities that are shared by multiple tenants, or even all tenants in a building.

Formcraft Senior Designer Ariana Butera said that at every newly built or rebuilt office building she has toured recently, dining areas and conference spaces are centralized so that tenants can both save square footage in their own rents and socialize with neighbors, much in the same way that a co-working member would get coffee from the same machine as employees or founders of several other companies.

“Co-working is literally being coded into the DNA of the entire industry,” Fitler Club CEO David Gutstadt said.