Northern Liberties is well into the infill phase of its development, and Fishtown has grown from hipster enclave to white-hot commercial corridor with skyrocketing home prices. It is no surprise, then, that development is continuing farther north along the Market-Frankford Line. 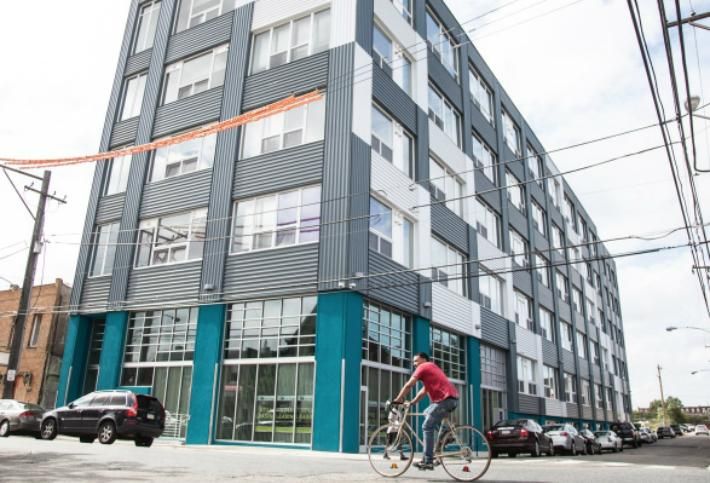 For those outside the development community, Kensington is perhaps best known right now for its place at the center of Philadelphia's opioid crisis. The still-pervasive sights of addicts on the street and needles on the ground are not viewed as a danger on the level of violent crime, which is a key distinction for developers such as The Riverwards Group.

“Most interested people know of [the opioid issue], they’re aware of what’s there,” said The Somers Team Realtor Julie Hankins, leasing agent for the Rivewards Group. "But they know that the more involvement they have with the community, and the more routine [new move-ins] become, it’ll move out."

The lure of the Frankford Avenue corridor and the scarcity of land in Fishtown has driven home and rental prices through the roof there and, at least in the case of rentals, Kensington as well. The combination of rising rents and the anticipation of long-term growth has led most developers in the area to focus on for-sale townhouses and condos in their developments.

Riverwards Group principal Mo Rushdy noted that while rents have risen to the point where "you can’t get anything respectable for less than $1K/month," the available housing inventory in Philadelphia dropped by 26% in the 12-month period ending in this year's second quarter.

Despite the constraint on supply, home prices have remained reasonable in Kensington thanks to the availability of land, Rushdy said.

“A single-family home in Kensington can be $369K with a 3% or 4% interest rate, so the obstacle is the $25K at closing, which is a real obstacle," Rushdy said. "But the monthly mortgage is about $1,500 per month, since the abatement takes care of the taxes.”

In South Kensington, the area that sits north of Girard Avenue and west of Frankford Avenue, the Riverwards Group has begun construction on N5 Square, a 57-unit development made up of single-family townhouses, townhouses split into multiple condos and condo units sitting atop ground-floor retail at Fifth Street and Cecil B. Moore Avenue. The cheapest units are selling for $250K, and they are selling — the first phase is 50% sold before construction is complete.

Hankins and Rushdy both told Bisnow that incoming residents have targeted for-sale units as a safe way to build long-term value in a neighborhood that seems assured to grow for years to come.

“Our buyer is on average 32 or 33 years old, making $85K per year with a household of 1.5 people, single-income or double-income with no kids,” Rushdy said.

The relative lack of children is notable, according to Rushdy, because it makes new residents less alarmist about the persistent presence of opioid addicts rendered permanently or temporarily homeless in the area. The opioid crisis and related homelessness has gotten so bad that Mayor Jim Kenney declared a state of emergency in Kensington in the first week of October. 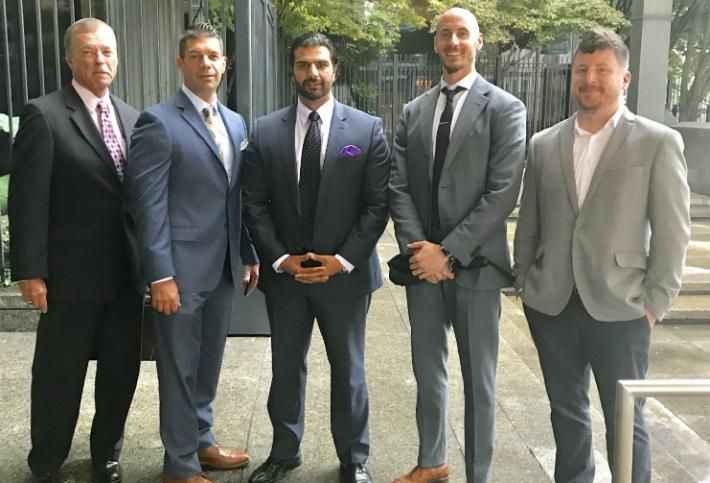 Rushdy and his fellow partner at Riverwards Larry McKnight are pushing back against the perception many have of developers in distressed areas as opportunists looking to build value for new residents while either neglecting or accidentally deepening the underlying issues.

McKnight is actively involved with the Pink Elephant Movement, a charitable and advocacy organization that assists children and families affected by drug addiction. It is named due to drug addiction's long-held status as the "pink elephant in the room," McKnight told Bisnow.

“We don’t want to hide the issue, we want to bring it out in public,” McKnight said. “The tone of the media is starting to change with regards to covering the situation. The last two years, it’s all been about, ‘Look at what’s going on out here, it’s armageddon.’ And now you’re seeing the political side of it with government and agencies reacting to what’s going on. So that will also change the negativity.”

The city of Philadelphia is indeed reacting, having cleared out certain well-known gathering places for addicts and relocated their residents to homeless shelters and recovery centers, as well as pushing for a safe injection site.

As those initiatives take hold, multifamily development in the area has already begun under the assumption that a more built-up neighborhood will, at the very least, push the center of the crisis farther north, New Kensington Community Development Corp. Managing Director of Real Estate and Finance Barbara Varela said.

The NKCDC recently completed construction on Orinoka Civic House, a 51-unit apartment building renting only to residents making 60% or less of the area median income. Built out of a former textile mill a block from the house used as Rocky Balboa's home in "Rocky," Varela said it is an example of local residents' willingness to actually address the problem, rather than simply passing the buck farther north.

“I don’t believe that residents are trying to push them out; I think we have a great group of people that truly understand that addiction is a disease," Varela said. "I think that what’s going to happen is that, in conjunction with the city, the people moving into the community are going to bring more light to what is happening, and continue to request services from the city for these addicts.” 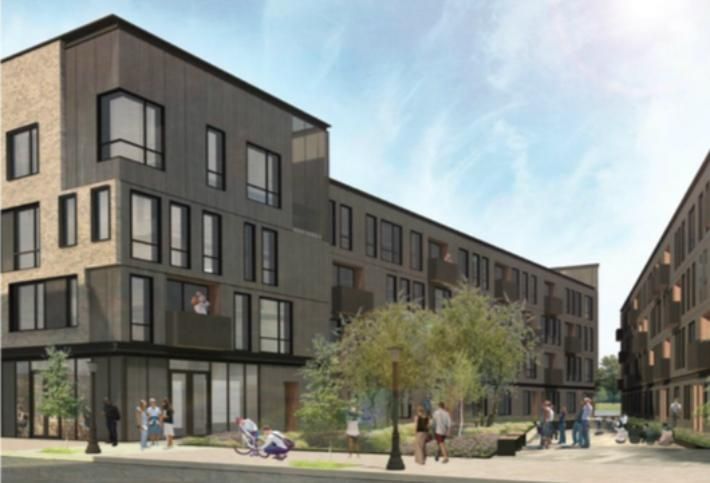 To turn the narrative around will take more than newer buildings for new residents. At both N5 Square and the forthcoming Avenue V, the larger companion development across Fifth Street for which Riverwards recently won approval from the Zoning Board of Adjustment, ground-floor retail was a key part of community acceptance. The area's City Council member, Maria Quiñones-Sanchez, required the inclusion of retail before she supported the development, Rushdy said.

Creating a commercial corridor would boost the walkability of an area already serviced by Frankford Avenue. While that stretch can house the headline-grabbing restaurants, South Kensington will be happy with a coffee shop, a dry cleaner and a small fitness stuido.

East Kensington is closer to the center of Kensington that has been so closely associated with the opioid epidemic, but also has a little more cachet among "cool" retailers such as Urban Axes, Amalgam Comics and neighborhood stalwart Philadelphia Brewing Co. Near the key corner of Frankford and Lehigh avenues, the Riverwards Group is approaching groundbreaking for their largest development yet, Kensington Courts.

"We initially didn’t have much commercial space planned [at Kensington Courts], but the community wanted more commercial, so we put well over 12K SF of retail [in our plan],” Rushdy said.

The Riverwards Group's commitment to retail development has already inspired others to follow suit, as Rushdy said another developer is planning a mixed-use project nearly adjacent to Kensington Courts.

“We seem to have been the litmus test for establishing the market,” Rushdy said.

Riverwards is far from the only developer already active in the area; Rushdy credited Streamline Group with planting its flag in South Kensington and driving growth there first. Streamline has also submitted plans for an East Kensington multifamily project to Civic Design Review. Streamline has yet to announce whether its multifamily component there will be for sale or rent, but the tide could be about to turn toward rentals, McKnight said.

“It’s a combination of [long-term interest] and that the price of land has gone crazy," Hankins said. "For it to be economical, you’re going to see more condos and apartment living.”

As with Fishtown, Kensington's proximity to transit and retail will threaten the affordability that contributed to its appeal, perhaps faster than anyone thought three or four years ago. But the NKCDC is fighting for affordability, and Varela believes that those new residents who have moved in so far have been conscientious of the neighborhood's challenges.

“I don’t believe that it will be challenging [to build affordable housing], because there will be a need for it, and the community will acknowledge the need for it and allow it to happen,” Varela said.