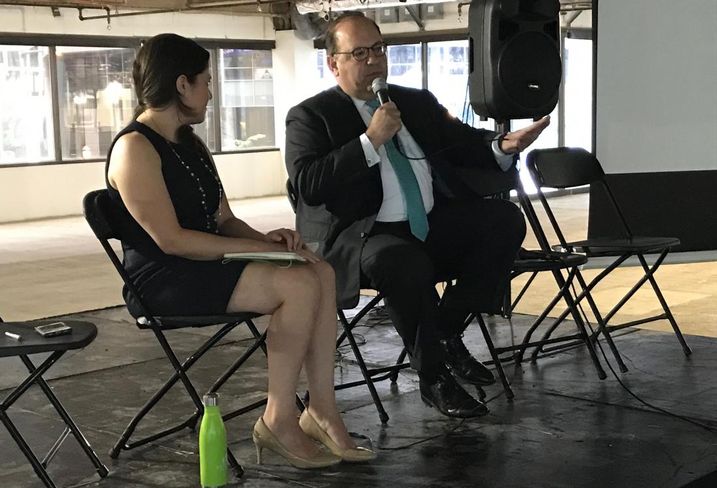 In the past six weeks, a whirlwind of potential change has descended on Philadelphia's commercial real estate industry.

Commercial real estate industry group NAIOP hosted what amounted to an emergency meeting at 1900 Market St. Wednesday to educate the city's professionals on just what all the new changes mean.

JLL Research Director Lauren Gilchrist laid out the combination of a massive spike in property assessments around the city and the passel of tax changes that have been proposed, such as the 1% construction impact tax as part of a City Council bill and the freezing of the wage tax reduction put forth by Mayor Jim Kenney.

Gilchrist, Center City District CEO Paul Levy, City Councilman Allan Domb and other panelists all had the same message: the tax increases will hurt job and wage growth, and the uncertainty surrounding all the changes have already hurt investment in the city.

“Tax policy is not simply about revenue generation," Levy said. "It’s about creating context to raise sufficient revenue while encouraging growth so you have something to tax.”

The proposals, as well as the push to change or end the 10-year tax abatement, have "noble intent," Gilchrist said, as they attempt to both fund the school district and affordable housing in the city. But all speakers agreed that Philly's poverty levels, below-average job growth and underperforming schools are reflective of a city that needs more investment, not more taxes.

“The first thing you do when you need money in business is look inside your business, whether to cut costs, negotiate better, figuring out overhead and such before you raise prices," Domb said. "As a city, we seem to raise prices first before we look under the hood.” 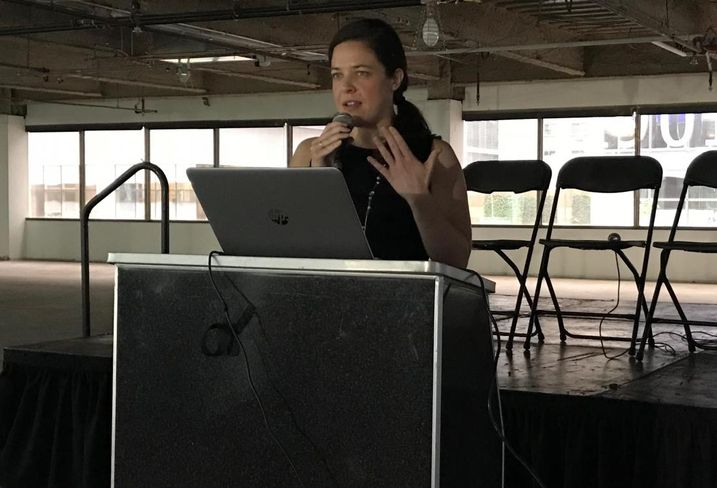 NAIOP held the free event without any sponsorship so as to ensure the event's impartiality, and Brandywine Realty Trust donated the use of the raw second floor space at 1900 Market. Representatives for the Building Owners and Management Association, Building Industry Association and other industry groups made their attendance known to underscore the severity of the problem.

“Philadelphia has an affordability challenge because it has very low incomes," Levy said. "It’s a challenge not of high costs — we have the lowest housing costs on the East Coast. We just need to raise incomes, and the way you do that is to grow jobs.”

Levy specifically decried the onerous combination of the city's nearly 4% wage tax and the Business Income Receipts Tax, which applies to both gross and net income, as limiting factors in company attraction and growth, as well as a reason why the population flow is still faster out of Philadelphia than into it.

Philadelphia lost a similar proportion of manufacturing jobs in the latter half of the 20th century as New York, Washington, D.C., and Boston, Levy said, but its job recovery since then is more in line with Detroit and Memphis. The middle class that fled for the suburbs hasn't returned.

Rather than simply wave away taxes, Domb is proposing a smoothing of the 10-year abatement to decreases in the seventh, eight and ninth years, increasing the amount of money it would feed the school system while still making developer balance sheets work. Domb stressed education funding as the highest priority, especially for modern programs like computer science, financial literacy and entrepreneurship.

Domb said that 84% of the city's housing stock is affordable to households making $60K per year. It can be easy to associate raising taxes with addressing income inequality, but in this case it doesn't apply, the developer-turned-council member told Bisnow after the event.