Philadelphia’s white-hot run of discovery and investment in life science has already inspired millions of square feet in planned development, but it is still a fledgling industry that needs support to avoid flaming out. 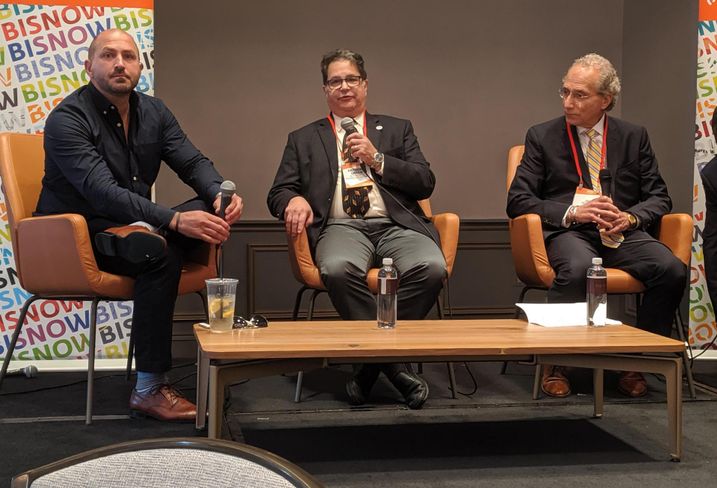 The breakthroughs in cell and gene therapy that have put Philly in the spotlight were the fruits of research started at the eds and meds institutions of University City, and have already spawned a small galaxy of startups. The most successful has been future Schuylkill Yards anchor tenant Spark Therapeutics, but the vast majority are in their early stages with tiny footprints.

“Not everyone is going to be a Spark Therapeutics, where they can just go in and grab their own space,” Benjamin Franklin Technology Partners Vice President Anthony Green said at Bisnow’s National Healthcare Series: Greater Philadelphia Summit Wednesday. “Most of them truly only need 300 SF, because they can contract out manufacturing.”

Franklin has been tapped by University Place Associates to manage incubator/coworking space at the latter’s University Place 3.0 development at 41st and Market streets on the western side of UCity. 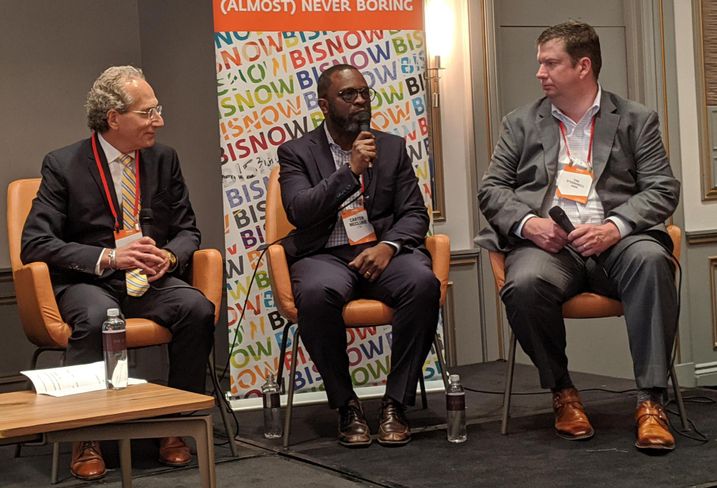 All 240K SF of the project, a partnership with the Wistar Institute, will be specifically geared to life science research and development, whether in gene and cell therapy or another discipline, and UPA President Anthony Maher expects a hefty portion to be devoted to startups.

Among the offerings planned for UP 3.0 will be 2,500 SF “spin-out” pods that come pre-equipped with a biotech starter kit. Smaller lab/office spaces will be on offer with some level of generic technology that will last through multiple tenants’ life cycles, Maher said — crucial in an “ecosystem” that, like startups in coworking, has a high turnover rate. 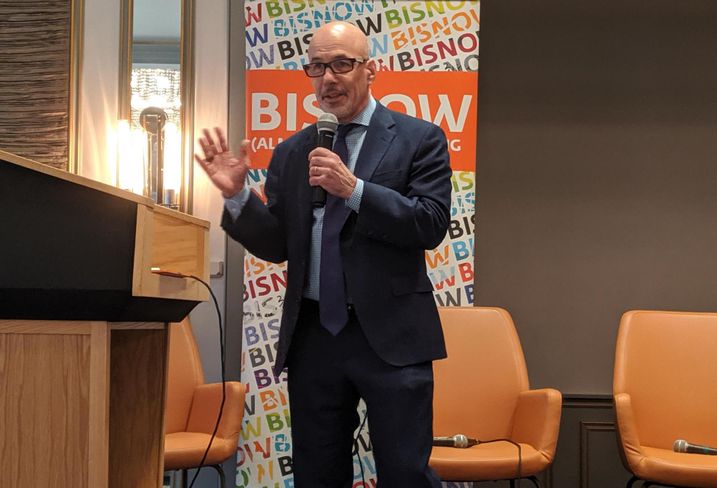 “[Life science startups] are not looking for 10-year leases, but our financing says, ‘Are you crazy? You can’t fill your building with noncredit tenants not doing big leases,’” Maher said, while acknowledging that UP 3.0 will likely contain at least one larger tenant “for the lender’s sake. But that conversation is shifting.”

Part of the shift in that conversation has been due to the roaring success of what little life science incubation space is already operational. Pennovation Works, which mainly serves as a stepping stone for spin-out companies from the University of Pennsylvania’s research, is 90% to 100% occupied at all times and keeps a waiting list, said Carter McClure of 1776, which manages Pennovation for the university.

“In our space, we’re not looking to have anyone more than two to three years,” McClure said. “So we have to make sure that not only are we helping people and providing resources, but also providing space for ideas coming through the pipeline." 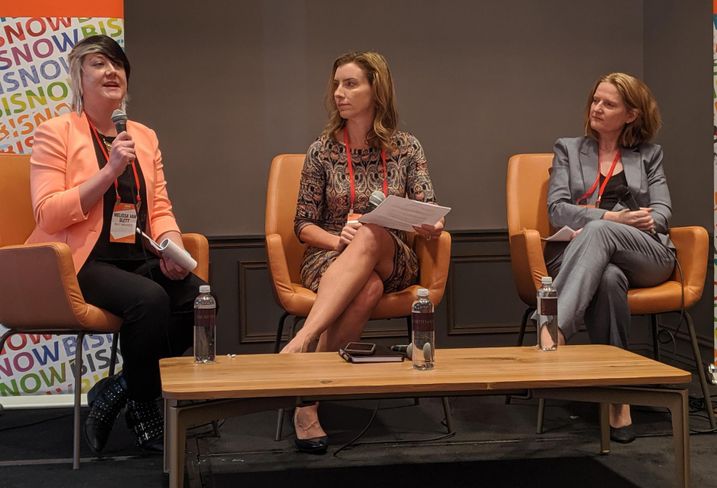 Pennovation now plans to expand beyond its 58K SF former warehouse into a neighboring 75K SF warehouse, which will contain spaces of 2K SF or more to house startups that graduate from their smaller digs at the original Pennovation, McClure said.

Cambridge Innovation Center, a life science coworking operator based out of its namesake city, opened in November at uCity Square’s 3675 Market St. and is also nearly fully occupied. The massive Discovery Labs center from MLP Ventures is already partially operational in King of Prussia and is building a 100K SF coworking space. 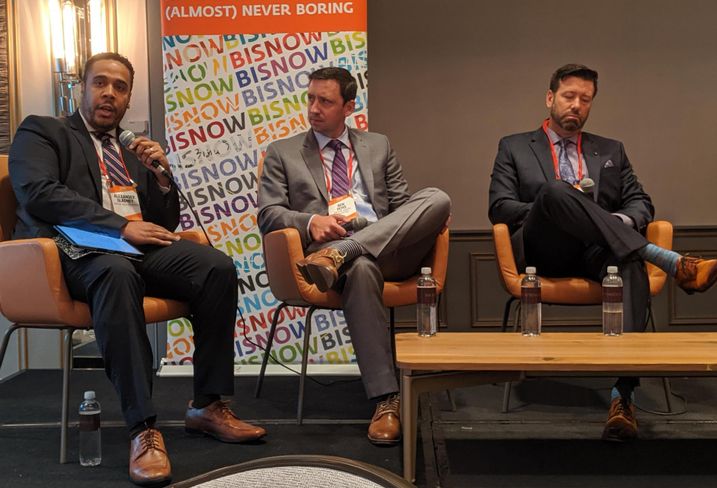 Though a raft of new development is planned, none of it will be ready in the next few months — an eternity compared to the speed at which the gene and cell therapy industry is moving right now. For those who have announced plans but have yet to break ground, like UP 3.0, Republic Properties Group’s proposed building near Schuylkill Yards and the next phase of Schuylkill Yards itself, the heat is on.

“As of today, Philly is third in the country behind Boston and New York for [National Institutes of Health] funding,” Maher said. “We could slip to No. 10 by the end of the year if this type of space doesn’t come online.” 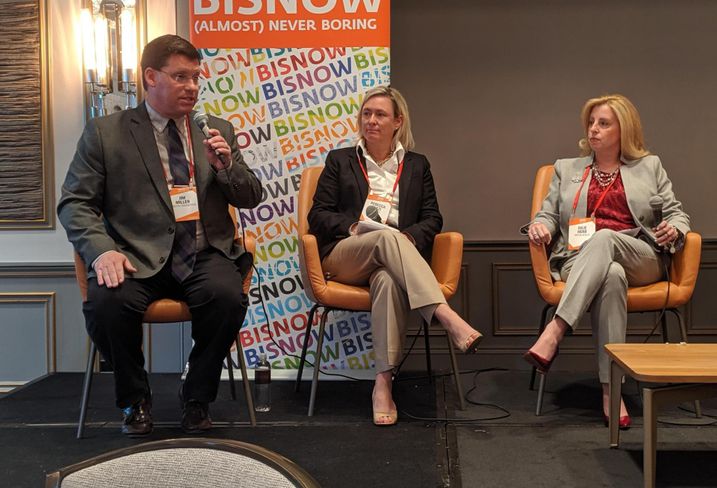 UPA promises a groundbreaking by the end of the year, as do the next phases of uCity Square and Schuylkill Yards, but no official dates have been set. At least some are waiting on anchor tenants to secure financing and move forward, but those are few and far between in such a nascent field. But some crucial construction is already underway down at the Philadelphia Navy Yard.

Liberty Property Trust is building a fourth facility for WuXi AppTec, a life science manufacturing contractor based in China, as its swan song in the South Philly development district. Next door, Liberty offshoot Gattuso Development Partners is nearly done with foundation work on a hybrid facility for California-based Iovance Biotherapeutics, which contracts with WuXi until its new digs are ready. 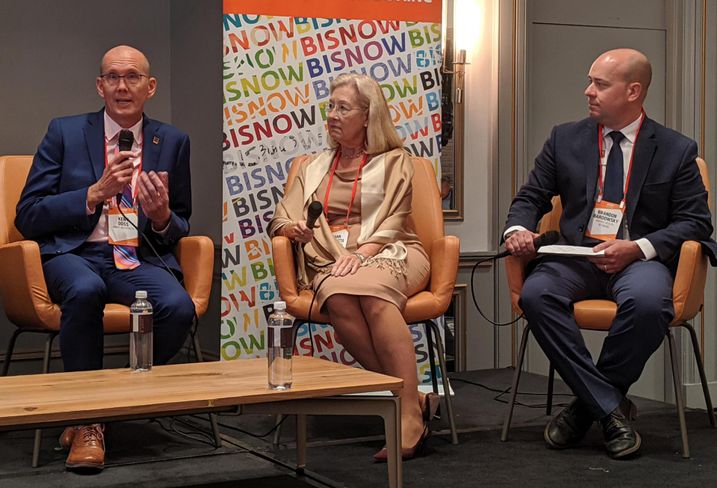 The Navy Yard has the capacity for plenty more specialized manufacturing, but is already providing crucial infrastructure for research companies that may have patents and some venture funding, but not nearly enough to build their own production lines, Colliers International Executive Vice President Joseph Fetterman said.

If a company has any larger requirements, the plentiful suburban pharmaceutical and biotech space is prohibitively expensive to convert to such cutting edge processes, Green said. That is when things start to get wonky. 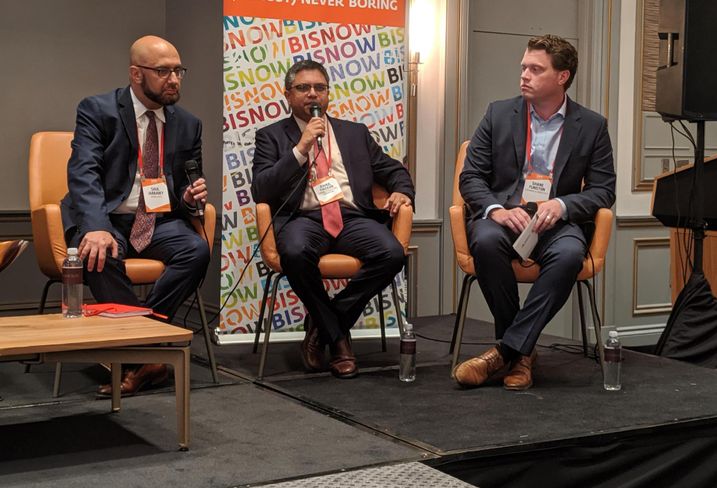 “When Spark got kicked out of [Children’s Hospital of Philadelphia], they had no place to go, and they wound up putting their manufacturing on top of 3711 Market St.,” Green said. “That’s crazy.”

UPA is already thinking about University Place 4.0 across the street from where UP 3.0 will rise, and Maher wants to focus on manufacturing as a way to support startups at UP 3.0 as they grow and graduate. He did say that putting an industrial use, however light, in UCity might not fly with the Zoning Board of Adjustment. 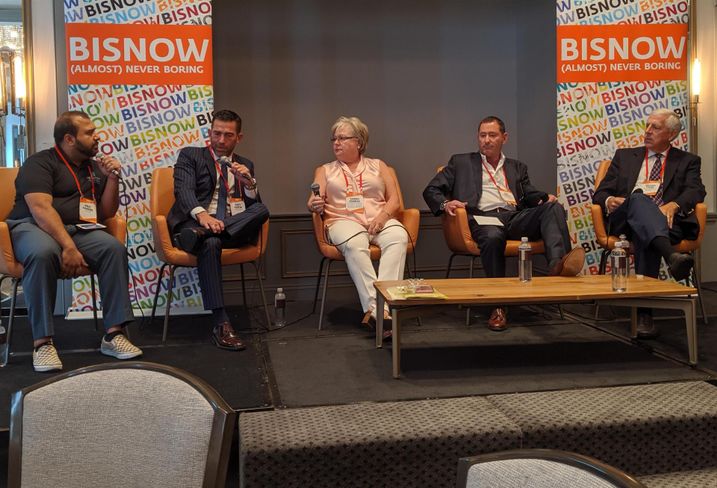 Being such an emergent, specialized industry also places an incredible premium on labor, multiple panelists at the Philly Summit agreed. Not every startup that will take space at Pennovation, Cambridge Innovation Center or UP 3.0 will mature into a profitable company; in fact, most will not. But in an incubator environment with suitable support and mentorship, groups that don’t make it can at least feed scientists to those that do, Green said.

Those connections and side effects of making space for fledgling companies are nearly as much of a reason to build coworking and incubators as finding the potential “next Spark,” panelists agreed. There is ample venture capital appetite for the companies themselves; it falls to the real estate capital markets to be bold enough to finance the space. 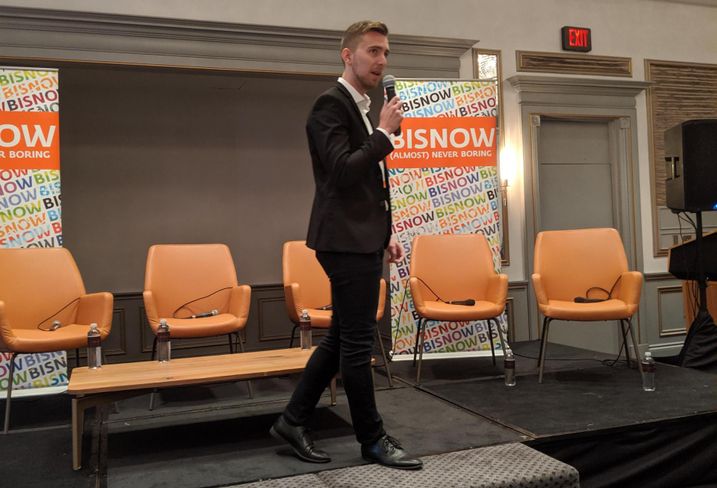 “I’m knee-deep in that conversation right now, thinking through that capital stack,” Maher said. “Because I think, why can’t we get financing at 25% occupancy with a letter of explanation, citing a market report? What if a real estate traditionalist wants to try their hand at life science?”

CORRECTION, OCT. 2, 12:15 P.M. ET: A previous version of this article misstated the size of the planned "spin-out pods" at University Place 3.0. This article has been updated.