Philly's MLS Team Looks To Create Its Own Stadium-Anchored, Mixed-Use Community In Chester 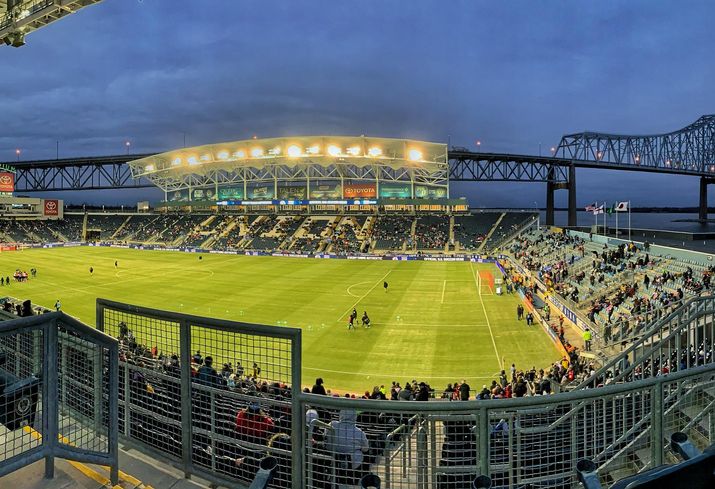 Philadelphia's only major team to be located outside of the South Philly sports complex wants to anchor its own stadium-centric development district.

When Philadelphia Union parent company Keystone Sports and Entertainment broke ground on Talen Energy Stadium in the Delaware County city of Chester in 2008, it promised to kick-start a wave of development in the surrounding area on the Delaware River waterfront. Over a decade later, it is finally building forward momentum on that plan, the Philadelphia Inquirer reports.

In partnership with the Riverfront Alliance of Delaware County, Keystone Sports requested proposals from 20 architecture firms for a "Chester Waterfront Master Plan" that will surround Talen Energy Stadium with entertainment, health and wellness development. The partnership expects to debut the master plan within three months, but has no strict requirements of specific uses.

The 2008 plans were scuttled partially as a result of the Great Recession. Buccini/Pollin Group owned the mostly vacant land around the stadium and shelved its plans at the time, but Keystone Sports has spent the past couple of years buying that land to take the development process into its own hands, according to the Inquirer.

Successfully building vibrancy around the stadium could be more of a challenge for the Philadelphia Union than for D.C. United and its new stadium, Audi Field, in the Buzzard Point neighborhood. Though Buzzard Point is hardly one of the ritzier neighborhoods of Washington, D.C., Chester is another matter.

Since 1995, Chester has been subject to the Pennsylvania financial consultancy program Act 47, meant to keep distressed cities from spiraling into insolvency. Under Act 47, Philadelphia-based Econsult Solutions has been contracted to help coordinate its recovery, according to the Inquirer. The city still struggles with debt, and if it does not emerge from the program by 2021, the state will take over financial management of Chester.

Providing cause for optimism is Keystone Sports' improving relationship with Chester city leadership, the Inquirer reports. The organization has also involved itself in multiple local improvement programs and has already spent $8M to redevelop a former power plant into an office building called The Wharf, where it is now headquartered.