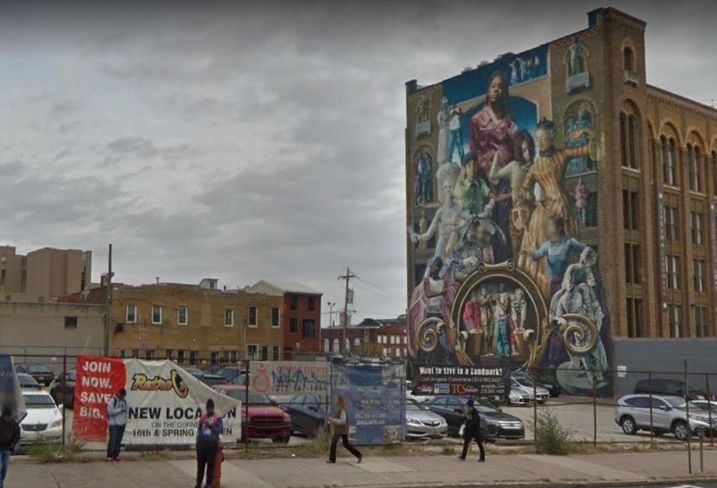 Before the newly created opportunity zones have even come fully into focus, one Philly developer is already betting big on them.

Eric Blumenfeld, the man behind the multifamily redevelopment of the Divine Lorraine hotel and the conversion of the Metropolitan Opera House into a Live Nation concert venue, plans to build a 30- to 33-story tower at the corner of Broad and Spring Garden streets, the Philadelphia Inquirer reports. It would be the tallest building in Philadelphia outside of the business heart of Center City.

Though Blumenfeld is still soliciting community input as he firms up plans, the Inquirer reports that he is eyeing a $130M project with 250 apartments sitting on top of two floors of office space and ground-floor restaurants. The retail would open onto an outdoor plaza facing the eponymous mural on the side of the Mural Lofts apartment building. The project, with funding assistance from frequent Blumenfeld partner Procida Advisors, is to be titled Mural West, according to the Inquirer.

The tower is planned for the vacant lot besides Mural Lofts, developed by Blumenfeld's EB Realty Management, where he had previously intended to build a retail plaza with a Wawa and a Bank of America branch. But the scope of those plans grew significantly when North Broad Street was designated a Qualified Opportunity Zone under the new tax law, Blumenfeld told the Inquirer.

Opportunity zones offer investors the chance to defer, and possibly avoid, capital gains taxes for properties within those zones. The specifics of the benefits and restrictions have yet to be laid out in full, although Sen. Tim Scott of South Carolina believes that details will be released imminently. The purpose of the program is to spur investment in impoverished or disinvested areas, though North Broad Street is experiencing a development boom independent of any further tax incentives.

Blumenfeld has been a driving force behind the boom, from the Divine Lorraine to the Metropolitan Opera House, which is farther north on Broad, to smaller projects such as Mural Lofts and his redevelopment of the Studebaker Building into creative office space.