The team making up the newest commercial real estate brokerage in town isn't the patient type. 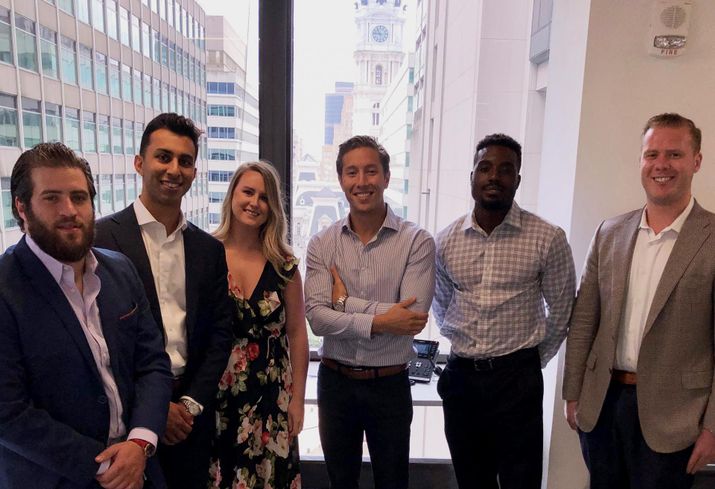 After just five years in the industry, Philadelphia-based Marcus & Millichap brokers Philip Sharrow and Jon Massaro, along with operations manager Holly Ressler and the rest of their team, broke off from the established firm where they had started and founded Scope in April of this year, headquartered at 1635 Market St. in Center City.

Scope is focusing on middle-market multifamily investment sales, including developments with ground-floor retail, and with some additional resources spent on land/development site deals. Sharrow took the position of managing director, with Massaro as director and Ressler as operations manager. All of them are under 30 years old.

“We’re a super-motivated and hungry bunch who want to accomplish great things and do it on our own merit,” Sharrow told Bisnow.

Though Sharrow may have the top title, he rejected any characterization of Scope that would place him as a more significant part of the company than anyone else — especially when it comes to the decision to leave Marcus & Millichap and form Scope.

“I don’t want to say anything negative about M&M, because it really just came down to the team, not to me,” Sharrow said.

Born to a family in the construction industry, Sharrow worked in talent management for record labels Def Jam and Warner Brothers in Los Angeles before moving to New York to work for a tech startup. In 2014, he started at Marcus & Millichap with Massaro, and Ressler joined within a couple of years after working as a property manager in Newark, Delaware.

As the team jelled and built relationships in the area, it began gaining momentum and closing more deals, Sharrow said. In April 2018, it represented both sides in the $15M sale of a 72-unit apartment building with ground-floor, healthcare retail at 12th and Spring Garden streets. The buyer, Arts & Crafts Holdings, has integrated the building into its Spring Arts neighborhood plan.

In the first quarter of this year, the team also represented both buyer and seller in the $10M sale of a 77-unit portfolio based in Francisville, near Temple University, while also closing the $8M sale of a development site at 10th and Arch streets.

"We were really hitting our stride where we were, and we had to either go full speed ahead with the current situation, or pivot and capture that momentum under our own umbrella and build a brand for ourselves and our team," Sharrow said. "So the timing really came down to momentum — the market is obviously very strong, so we think it’s a unique opportunity to take some market share and put some deals together.” 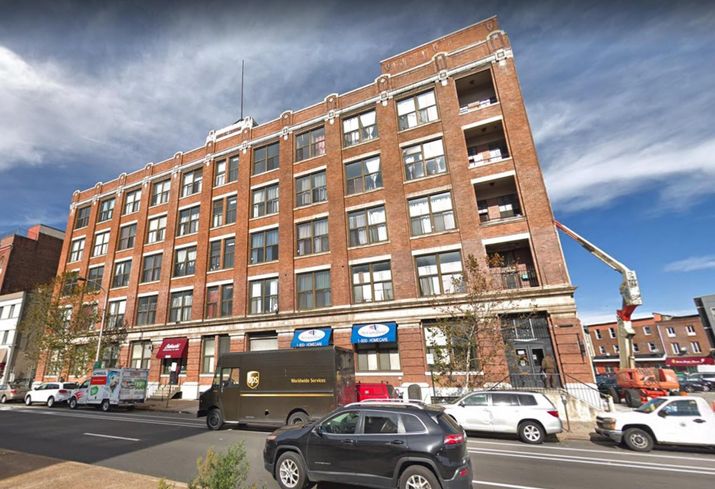 Another factor in the creation of Scope was the competitiveness endemic to major brokerage firms, where "junior agents" feel the need to set themselves apart from peers that would otherwise be collaborators. At Scope, "it's pure collaboration and info-sharing," Sharrow said.

When such a young group sets out on its own, it inevitably requires some members to assume responsibilities they've never had before. For Ressler, who had gone from property manager to marketing to administrative duties before leaving Marcus & Millichap, Scope will be a chance to integrate her past experiences into a leadership role.

"My motivations are not too different [from Sharrow's]," Ressler said. "This position allows me to do both marketing and admin, as well as grow with the company, which is exciting."

“[Ressler]’s strengths are also intangible for the company, and she’s essentially the backbone of our office and our growth,” Sharrow said.

That growth will have to come during a time when global economic indicators point to a downturn, but Sharrow believes that a combination of Philly-specific fundamentals and shrinking federal interest rates will keep the investment sales market hot.

"There’s obviously a lot of skepticism right now about where we are in the market, but a lot of leaders in the space think there’s plenty of runway to go," Sharrow said. "When you compare Philadelphia to major cities in the Northeast, it’s a pure value-add city."

Scope is working with private investors from nearby cities like New York, where the multifamily investment market was already softening even before rent regulations threw it into disarray. With low interest rates, outside buyers look willing to spend at cap rates that would satisfy sellers' returns.

Of course, optimism about the state of today's market is typical of brokers. More than the market, Scope and Sharrow are betting on themselves to overcome any headwinds that might be coming.

“There are two trajectories: the market, and us as a company," Sharrow said. "The market may be stabilizing, but we've gotten better and sharper.”